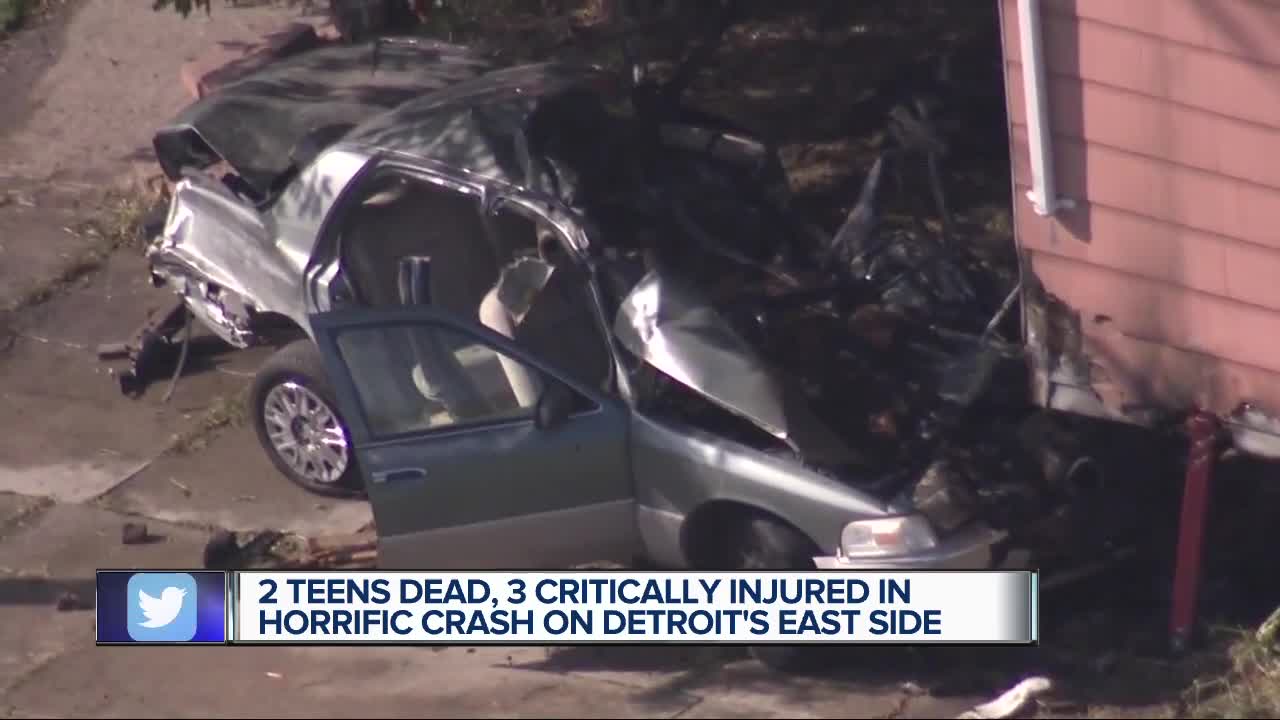 Detroit police say two people were killed and three critically injured in a vehicle that crashed following a chase. 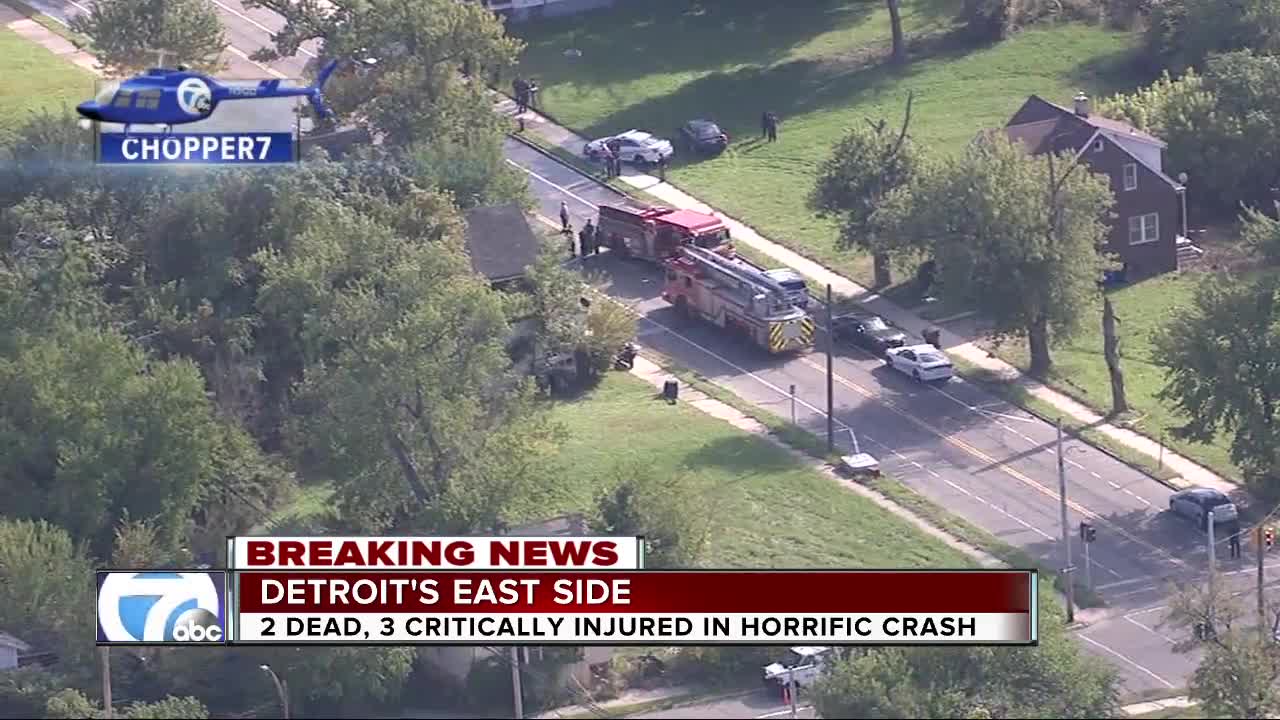 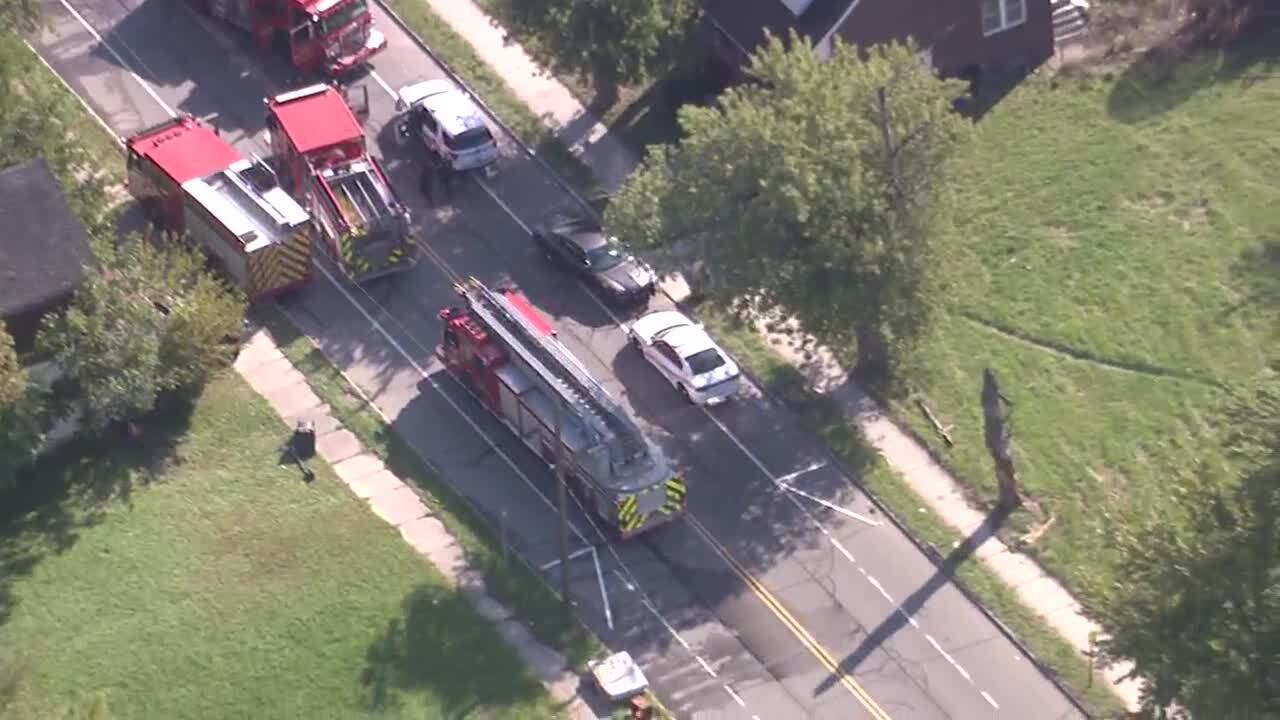 Video from Chopper 7 shows a car crashed into a house near the intersection of Kercheval and Chalmers.

Police say the car was believed to be involved in a series of smash and grab robberies. Officers attempted to stop it when they spotted it.

After police activated their lights, the suspect vehicle sped off and withing a block stuck another vehicle and then slammed into a house. The car then caught fire.

Police say the driver of the other car also suffered a shoulder injury. However, his exact condition isn't known.

A GoFundMe page has been created on behalf of the family whose home was damaged in the crash. You can make a donation here .