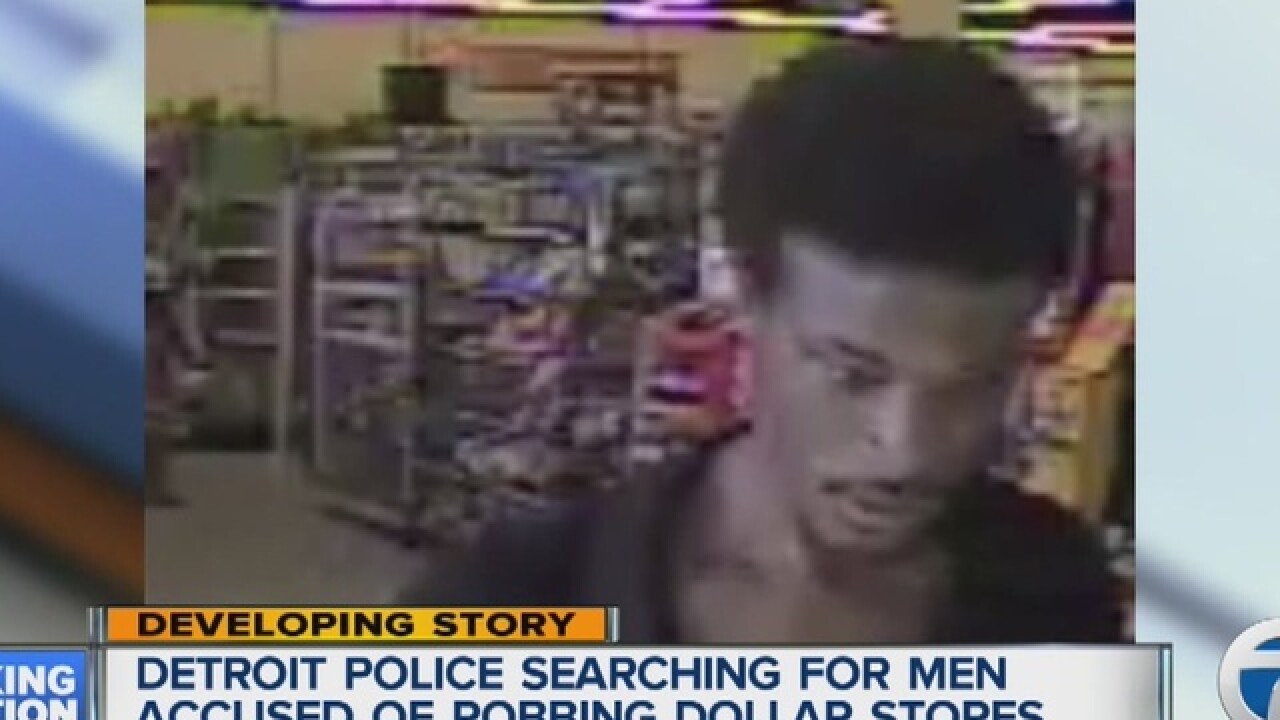 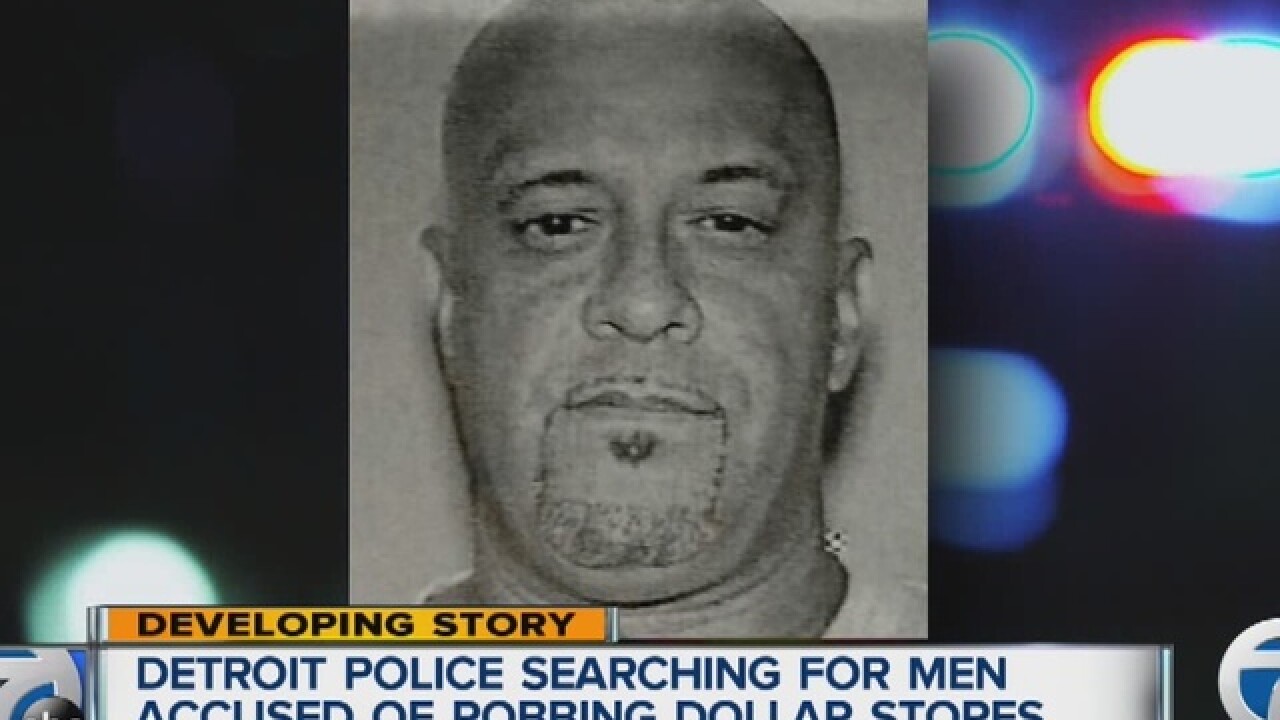 Detroit police need your help in identifying a pair of thieves targeting dollar stores on Detroit's west side.

The two were caught on surveillance video during one of the robberies.

The suspects, we're told, have targeted several stores over the span of a week or so.

All of the robberies took place at dollar store locations on the city's west side.

Police say both suspects are considered armed and dangerous.

One of them has been identified as Darryl Smith.

If you know anything about these robberies or the whereabouts of the suspects, call Detroit police immediately. Remember, you can remain anonymous by calling the CRIME STOPPERS at 1-800-SPEAKUP.