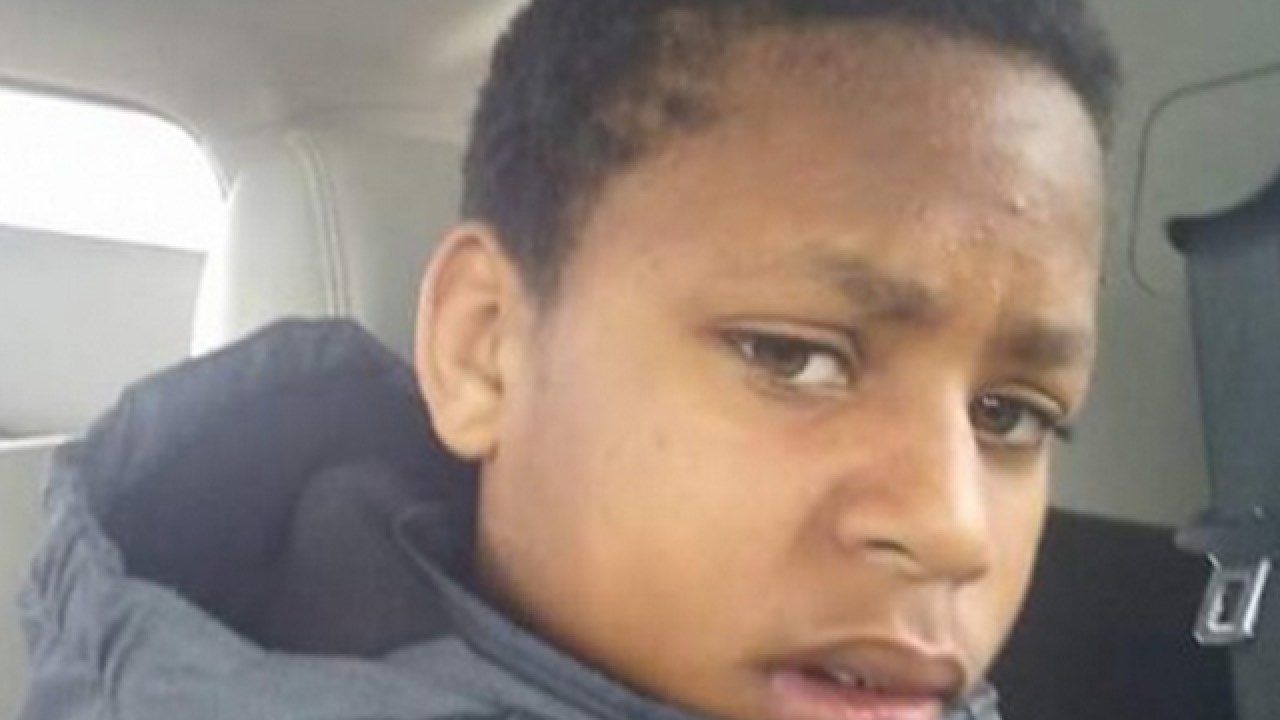 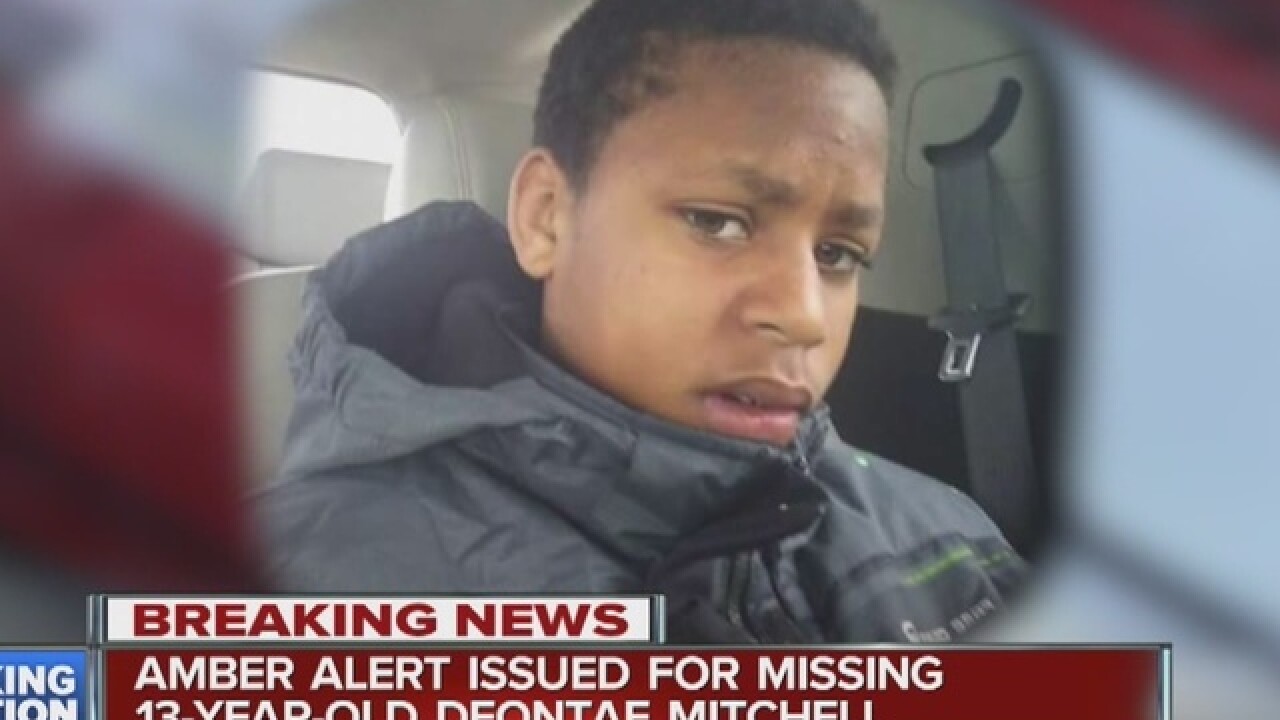 An Amber Alert has been issued for a missing 13-year-old boy who is believed to have been kidnapped from Detroit on Tuesday.

Police say Deontae Mitchell, 13, was hanging out with his cousin around 10:30 p.m. on Tuesday outside of Nino's Market at 15901 E. Warren when they picked up money that was dropped by a man outside.

The cousin also told police they both pedaled off on their bicycles. A short time later, the cousin reports hearing Deontae had been grabbed by a black male in his 40s driving a 2002 Chevy Impala with a loud muffler.

Deontae is described as a black male with light hazel eyes. He was last seen wearing a lime green Nautica shirt with gray jogging pants and black gym shoes.