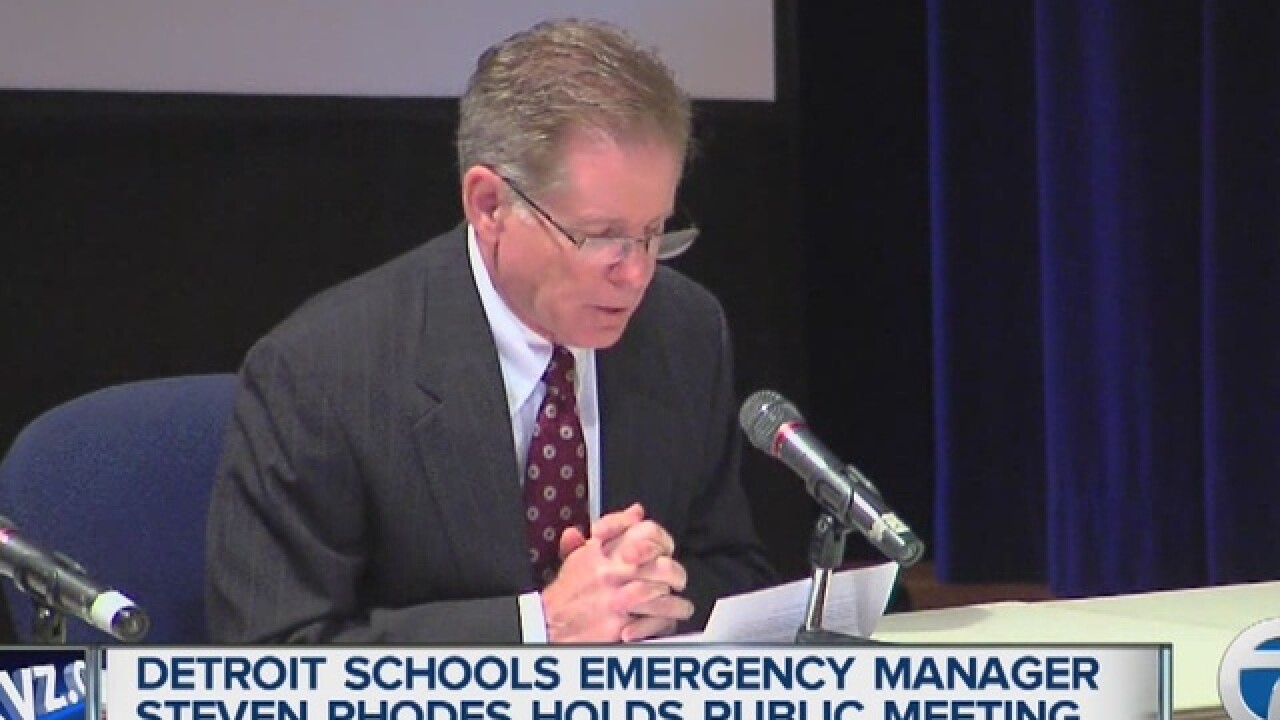 A public meeting was held to get some answers about finances in Detroit Public Schools.

Transition Manager Judge Steven Rhodes met with the local school board for the first time. The group had one major request: to get a forensic audit on the Detroit schools. The district is facing nearly one billion dollars of debt, but is still being run by the state of Michigan.

Judge Rhodes agreed to support the audit as long as the school board can make sure it's funded. He also said he will facilitate their access to any necessary records. However, Rhodes made it clear the audit will come at a high cost.

The parents of students who are going to schools with leaking ceilings, boarded up gyms, and rodent feces want answers, too.

Although the board passed a resolution to request the audit, there is little they can do with no local control.