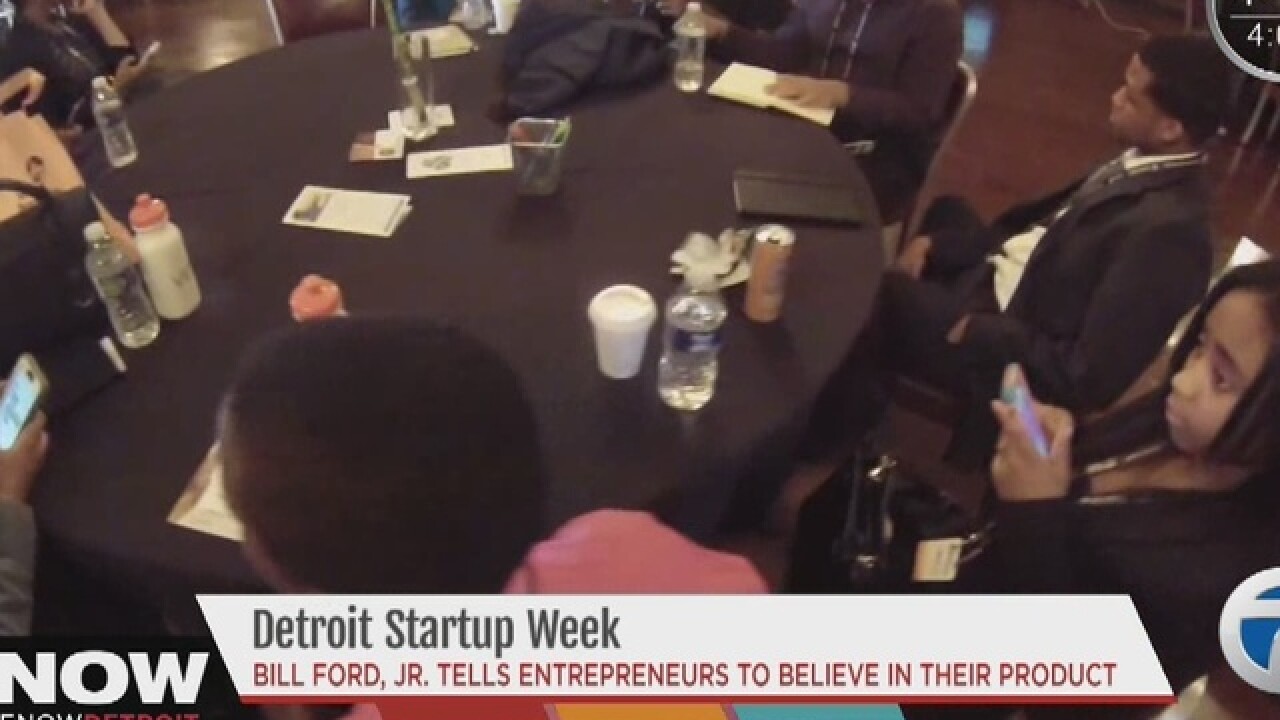 Detroit Startup Week kicked off Monday. It's an event to help new companies and entrepreneurs.

That's what drives success, according to Bill Ford Jr.

Young startups and entrepreneurs attending the first annual Detroit Startup Week get a chance to hear from Ford and other successful Detroiters.

The event is meant to build bridges between different businesses in order to improve Detroit.

"It's really a rebirth of ideas and to me that is hugely important," Ford said.

There is a lot of talk about growing tech companies in Detroit.

"I'm 29 years old. I started the business four years ago. We are getting ready to launch our flagship product which is a music streaming and Internet radio service," said Durrand Davis, the creator of an Internet company called LavLabs.

He said it is important to invest in young talent.

"Instead of having those software engineers leave the colleges and go to Silicon Valley, we have a company now along with other companies as well where they can stay here in Detroit City," Davis explained.

The attendees have something in common, they believe is the city itself -- not just their individual goals.

"Starting up restaurants, starting up bars, starting other things other than tech, everybody around Detroit is pulling for each other to make it and I love that spirit," Ford explained.

And once you get your business going -- it's important to evolve.