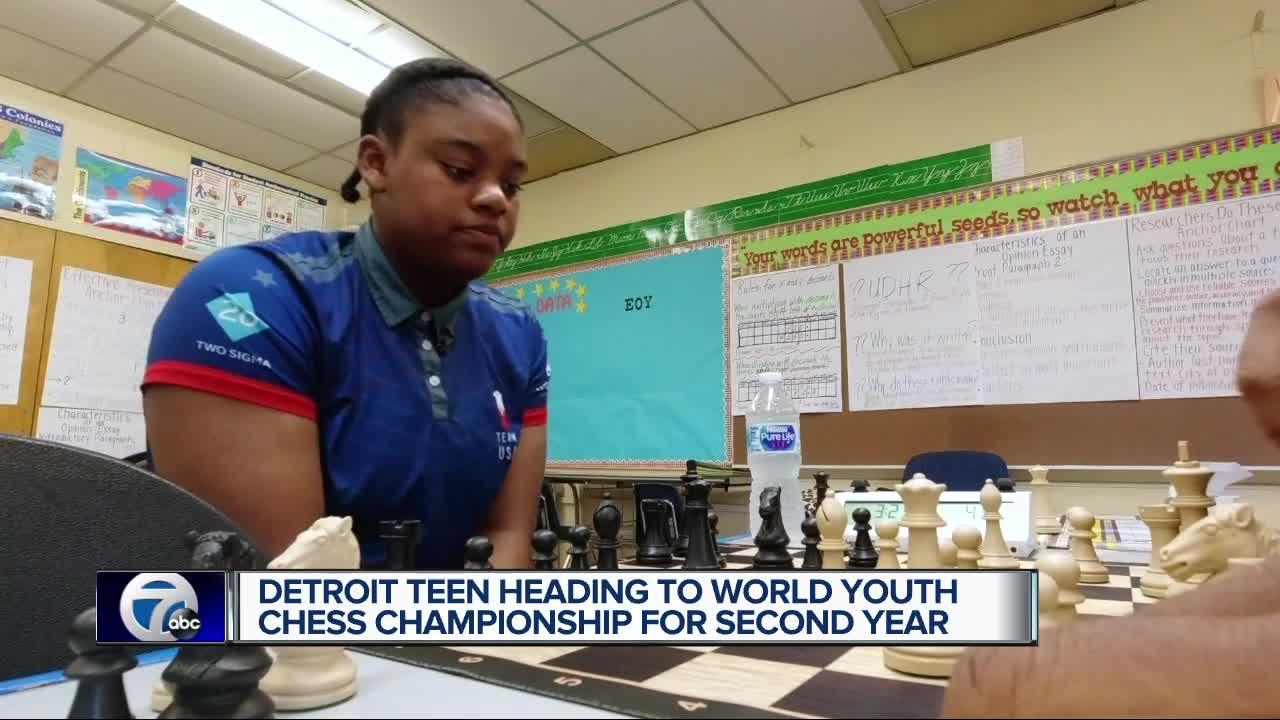 A Detroit teen it hading to the World Youth ches Championship for a second year.

DETROIT (WXYZ) — Charisse Woods is getting ready to head to Mumbai, India to compete in the World Youth Chess Championship. The ninth-grader at Cass Technical High School first learned to play chess when she was just 7 years old.

She says she loves how the game keeps you thinking.

"There's like trillions of different positions," Woods said. "The game is so dynamic. It changes so often. I love the challenge, getting to travel and meeting new people."

She’s making big moves in the chess world and she’s just 14! Up next at 5, meet Charisse Woods. She’s a 9th grader at Cass Tech who’s heading to the World Youth Chess Championship in Mumbai, India ♟ 👏🏽 Working with @robat19 on this story. @wxyzdetroit pic.twitter.com/BOBrWUIdrK

She's heading to India on Sept. 28. Kevin Fite was the teen's first coach when she was a second-grader. He oversees all the chess programs in the Detroit Public Schools Community District.

According to the district, Woods is the only Detroiter ever to not only qualify but go to the world competition. This is also her second consecutive year doing so.

Fite says she's always been hungry and eager to excel at the game.

"She works when most people are probably sleeping or playing," he said.

Fite says he hopes she will continue to inspire others to play chess. And Charisse hopes her story will do just that.

"Patience, focus, mental endurance," Woods said. "No matter how good you get, stay humble. There are a lot of good qualities you can get from playing chess."

A GoFundMe has been set up to assist Woods with travel expenses. If you'd like to donate, click here.