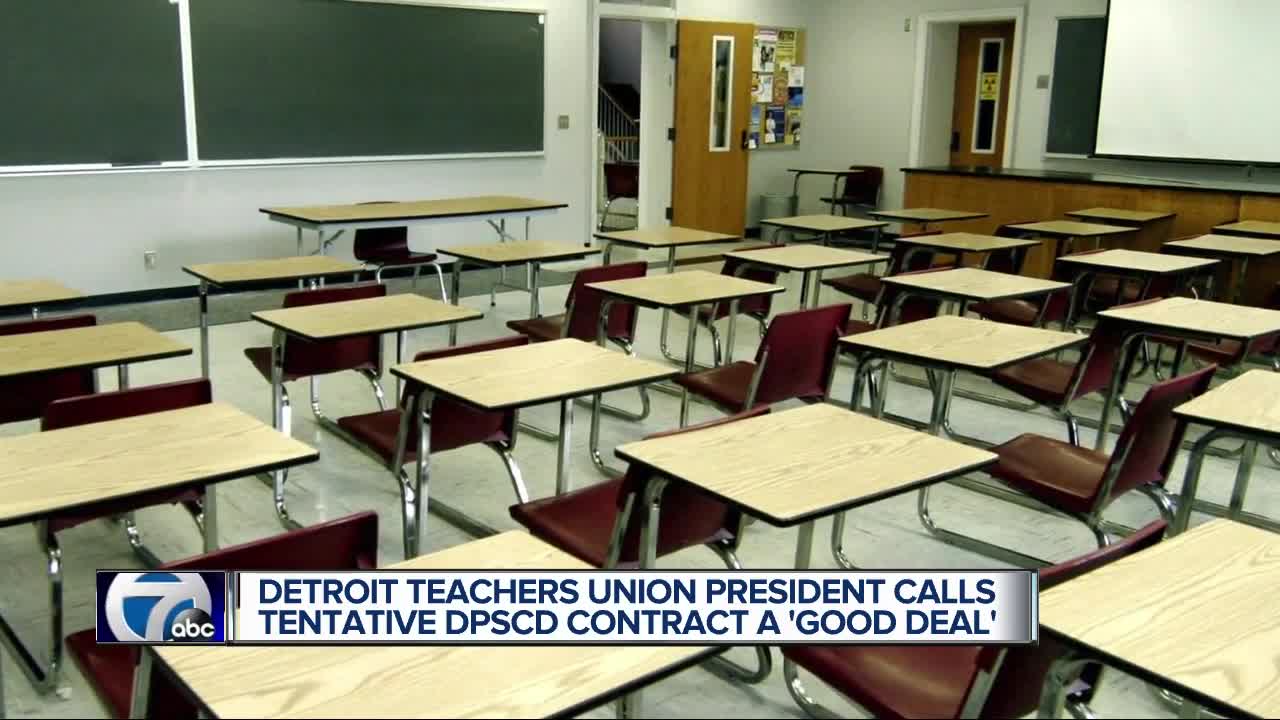 The Detroit Teachers Union has struck a tentative agreement with the district.

DETROIT (WXYZ) — The Detroit Federation of Teachers has struck a tentative agreement with the district.

With the agreement, teachers will see an increase in wages. For those making top scale, next year will represent the first time they've made more money than the year the district went into emergency management a decade ago.

Top scale members of the union will earn $73,000, which is an increase in wages of more than 4 percent.

While the move is considered a win, there is no cheering coming from inside DFT headquarters. Next year, there will be a full reset and an all-new contract to be negotiated.

DFT President Terrence Martin conceded that the schools are not funded to the standard that they need and that there is more work to be done. He also says knowing this contract is set for next year is good because teachers "vote with their feet," meaning they move to other jobs, leaving the district. He says this is a move to stem that type of reaction.

The School Board has maintained its commitment to increasing teacher salaries while maintaining a budget that is not only balanced but sustainable. We want to thank the administration and union leadership for their hard work in reaching this agreement. This sets the stage for a strong summer of recruiting teachers and families for our third year of reform.