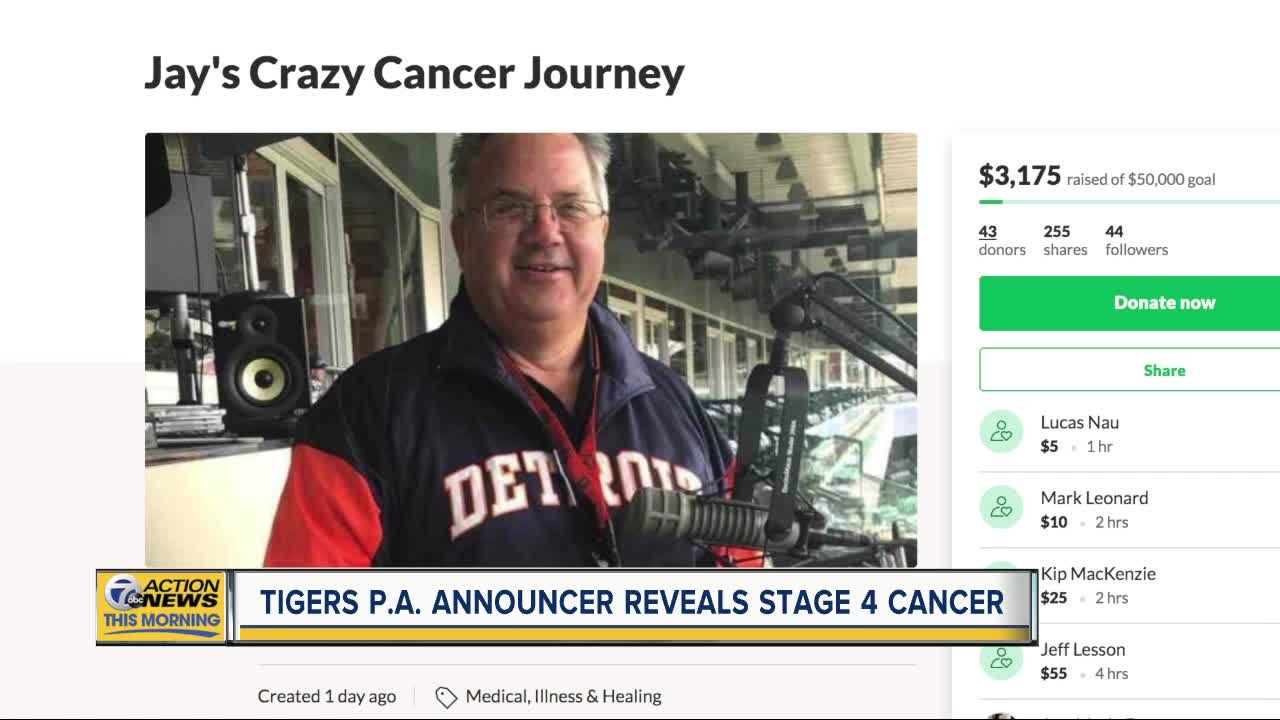 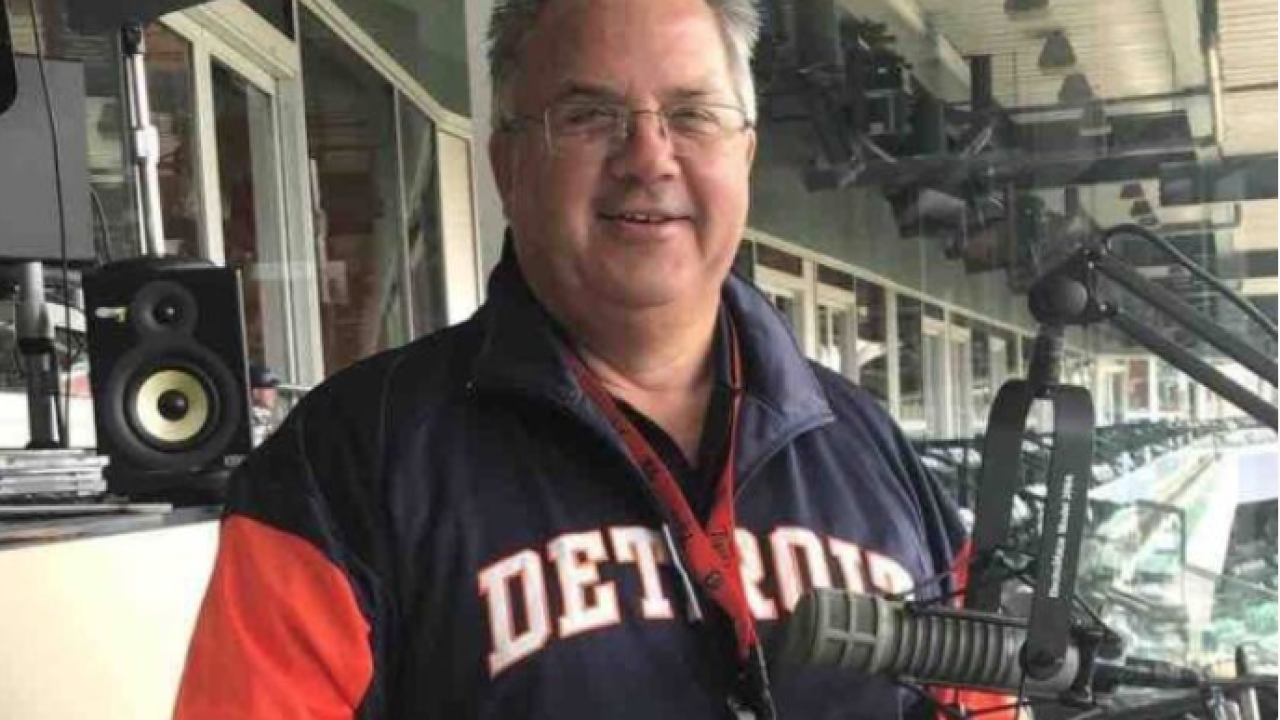 DETROIT (WXYZ) — A man who landed his dream job with the Detroit Tigers is now in the fight of his life.

Comerica Park public address announcer Jay Allen has been diagnosed with stage 4 cancer, according to his Facebook page.

Allen visited his oncologist Wednesday to learn the stage 4 Bile Duct cancer had spread to his liver and lungs, according to a GoFundMe page. The diagnosis is similar to gallbladder cancer and aggressive like pancreatic cancer.

A brief statement on his GoFundMe page described what doctors told Allen:

He has begun a battle for his life. The medical team says the average life expectancy is 18 months, but we know Jay and the Lord have other plans! Jay is strong on his faith and we believe that by his faith, Jay will be healed. We are in Jay's corner and we will fight this battle with him.

The 59-year-old has been given 18 months to live but that's not stopping him. He currently commutes back-and-forth from Grand Rapids to Detroit for each Tigers home game.

Currently, Jay is still traveling back and forth to Detroit while he lives his dream as the Tigers PA. He is also still continuing to work at Fox Ford Mazda.

Over the next few months, Jay and Lisa will need our support. Please consider a donation to help ease the burden of the medical costs they are about to consume. We also want to do what we can to get Jay to and from Detroit for as long as he can continue on with being our "Tiger."

Family and friends are hoping to receive support for medical expenses. You can donate on his GoFundMe page.