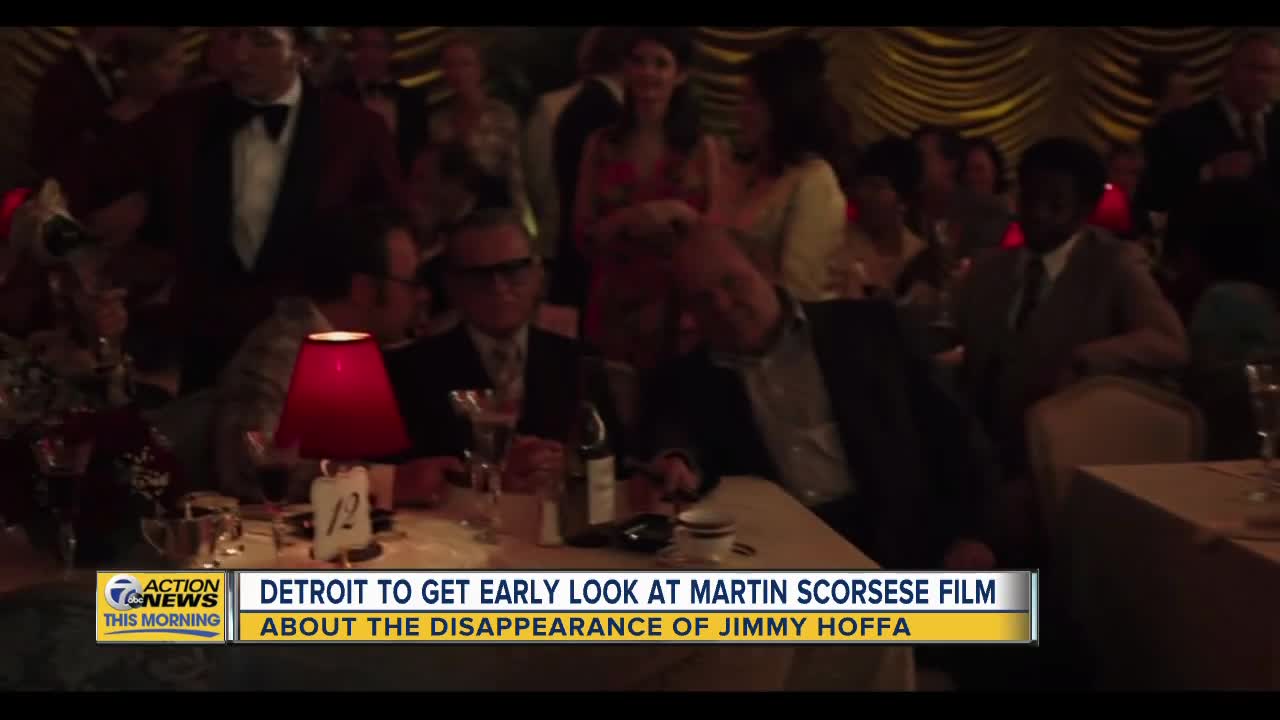 (WXYZ) — Two movie theaters in metro Detroit will get an early look at Martin Scorsese's new movie about Jimmy Hoffa and the mob.

The film is called "The Irishman." It'll be shown November 15 at the Birmingham 8 movie theater and at the Landmark Main Art Theater in Royal Oak.

You can also wait until November 27 to catch it on Netflix.

"The Irishman" is inspired by a book about Hoffa's disappearance titled: "I Heard You Paint Houses."