Detroit vs Everybody closes 4 locations, consolidates into Detroit warehouse 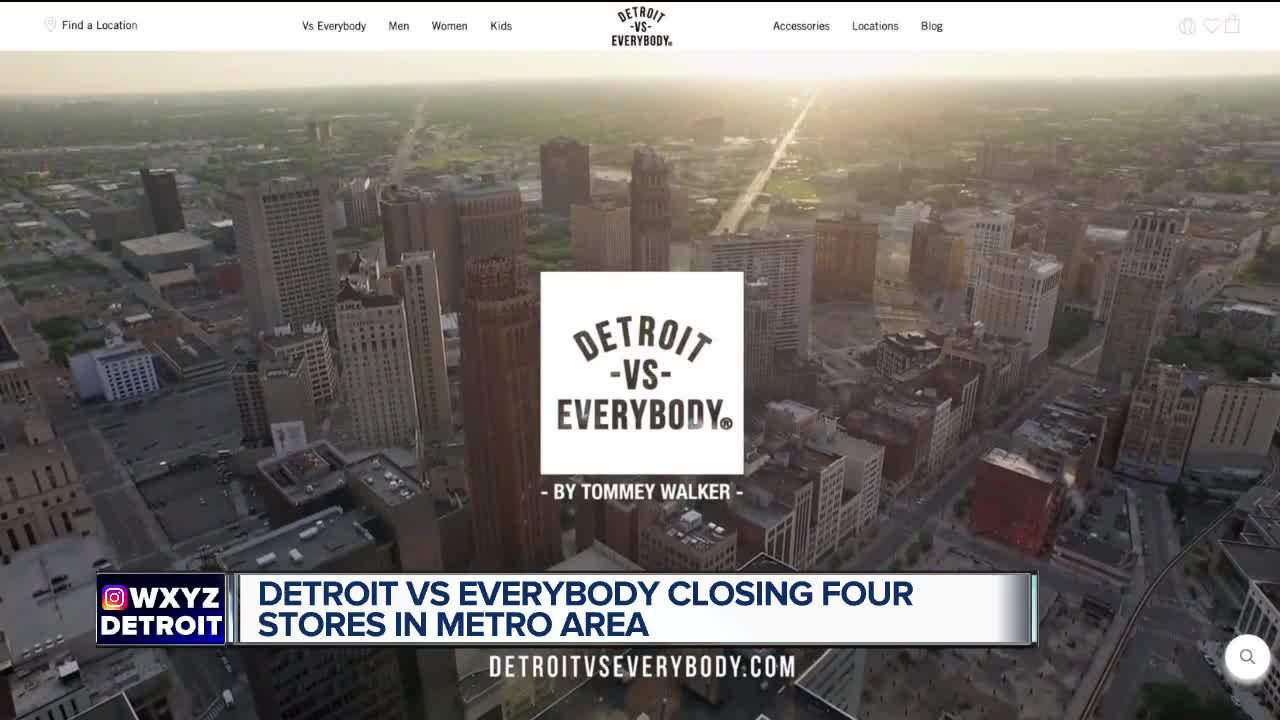 The iconic brand that was created to inspire the community has closed four-area locations across metro Detroit.

(WXYZ) — The iconic brand that was created to inspire the community has closed four-area locations across metro Detroit.

Detroit Vs. Everybody LLC., was founded in 2012 and the urban retailer rode the wave of the city's comeback. There was mixed reaction on social media about the sudden closure of the stores.

Owner and founder of the brand, Tommy Walker, declined an on-camera interview with7 Action News.

However, he confirmed the impacted locations include the Mall at Partridge Creek, Lakeside Mall, Fairlane Town Center and the Southfield location.

As a result of the closures, 35 employees have left the company, according to Walker. He declined to comment on the sales of the stores that have closed.

Walker also said the company recently opened a 10,000-square-foot warehouse in Detroit to ramp up production of the iconic apparel and expand custom prints.

He said it's triple the size of the previous location. He also said there are currently 10 employees at the location and about 40 employed with the company.