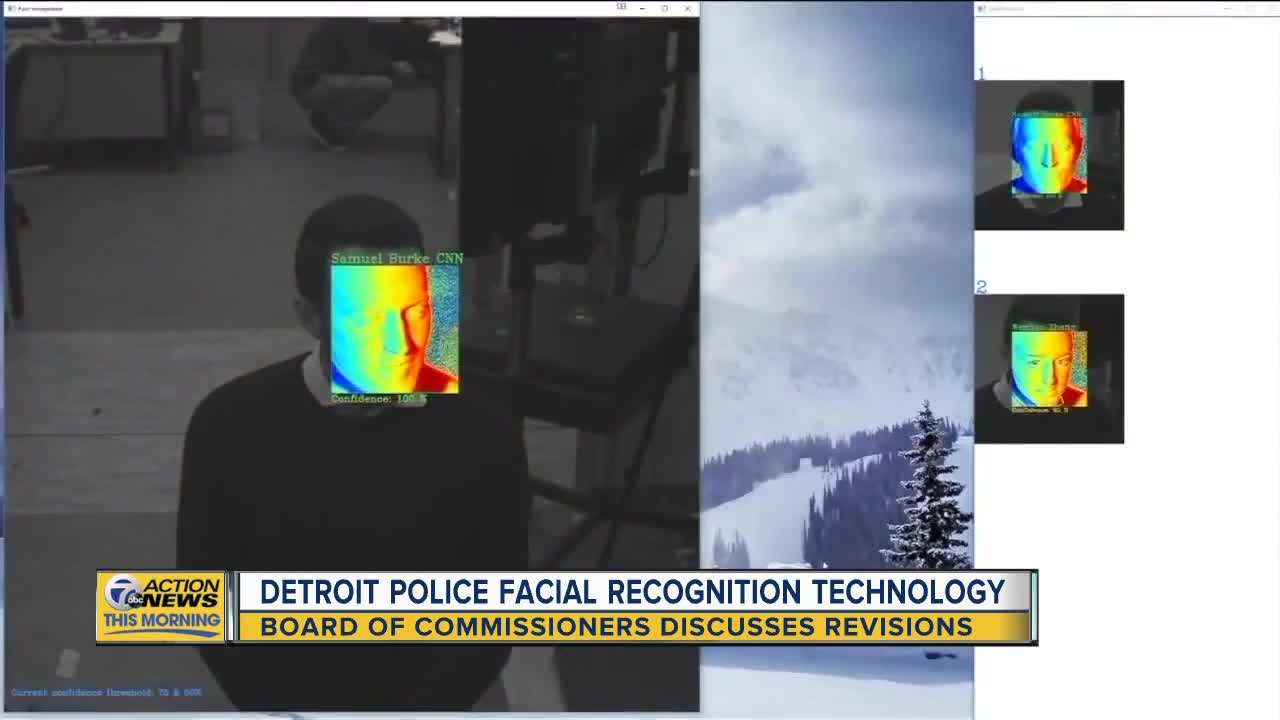 DETROIT (WXYZ) — Detroit’s facial recognition program is back in the spotlight. The Police Board of Commissioners put the program under the microscope Thursday night — looking at a number of revisions.

Nearly two dozen possible revisions were talked about. Right now, it’s not clear when or if a final vote will be taken. But the chief continues to support the facial recognition program, insisting they’ve put in steps to move past relying solely on technology.

“We cannot rely on the technology, it’s not advanced to that point, and that’s the reason why the peer review and the supervisor concurrence is critical," said Chief James Craig.

But even with those assurances, there are still doubts. That includes calls from the public to clarify when the technology can be used. Others say it should never be used — including the State Rep. Isaac Robinson, who showed up at the meeting.

He told 7 Action News that his bill to ban the use of facial recognition tech for five years is gaining support and believes it could eventually become law.

“The last thing we need to do is taint the criminal justice system that misidentifies Black faces, and actually misidentifies everyone at high rates," said Rep. Isaac Robinson.

With no vote set for house bill 4810 in Lansing, it seems more logical that there will be more done locally before we hear about a state pushback.

That means the police board will have a big part in this. Again, a date to vote on policy has not been set.