Detroit's Most Wanted captured: Fulton Boyd accused of trying to set his neighbor on fire 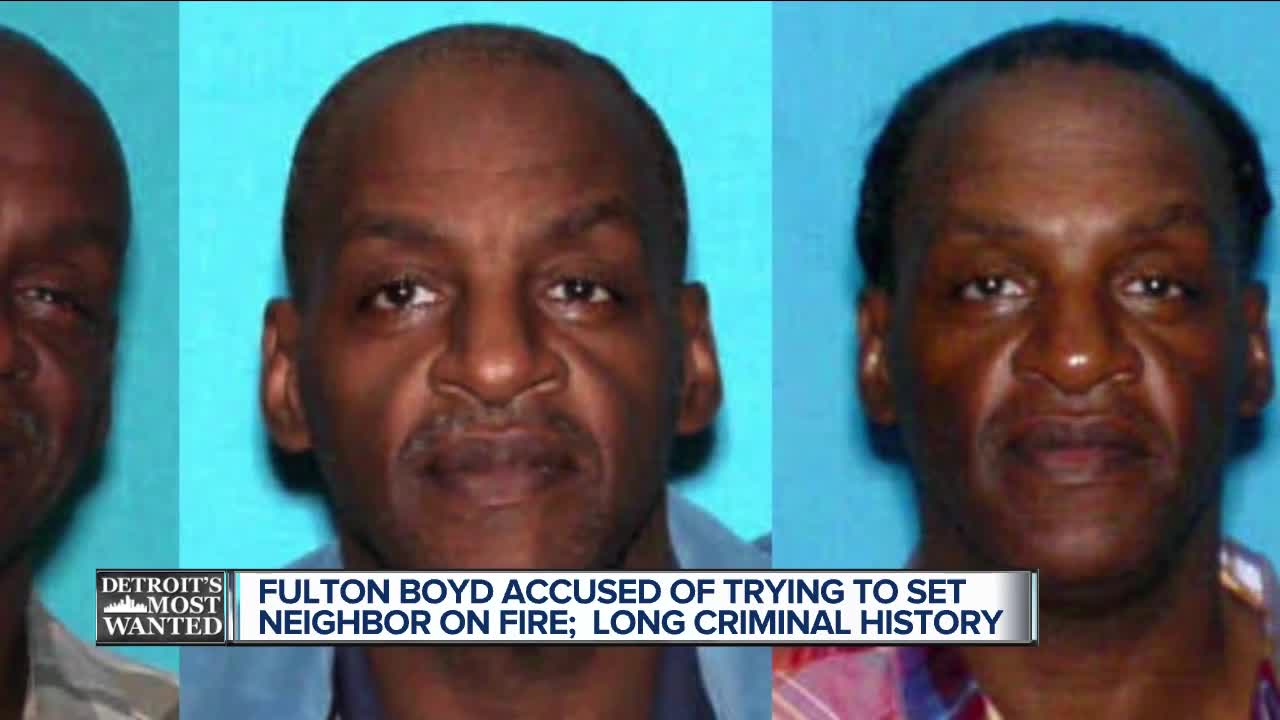 A 62-year-old fugitive has spent the majority of his life behind bars, but now the U.S. Marshals say he's back on the street and accused of his most brutal crime yet.

(WXYZ) — Another one of Detroit's Most Wanted has been captured. Fulton Boyd, who we featured in September 2018, was arrested on Tuesday on Detroit's west side. His arrest was a direct result of a viewer tip.

Boyd is accused of trying to set his neighbor on fire, and the U.S. Marshals say it's just one violent act in his 35-year criminal history.

"From the time he went in in 1983 to getting out in late 2013, his whole life has been behind bars or in the transition of getting behind bars," said Deputy Rob Watson with U.S. Marshals DFAT.

"In August of 2018, Fulton Boyd gets into a fight with a neighbor of his – Fulton doesn't like what the neighbors are saying, so he retaliates by grabbing a container of gasoline, throwing it in the neighbor's face," Watson said. "Stars sparking a lighter, chasing the victim around – trying to set them on fire. What kind of person does that to a neighbor?"

Fortunately, the neighbor was able to get away, but Boyd got away, as well.