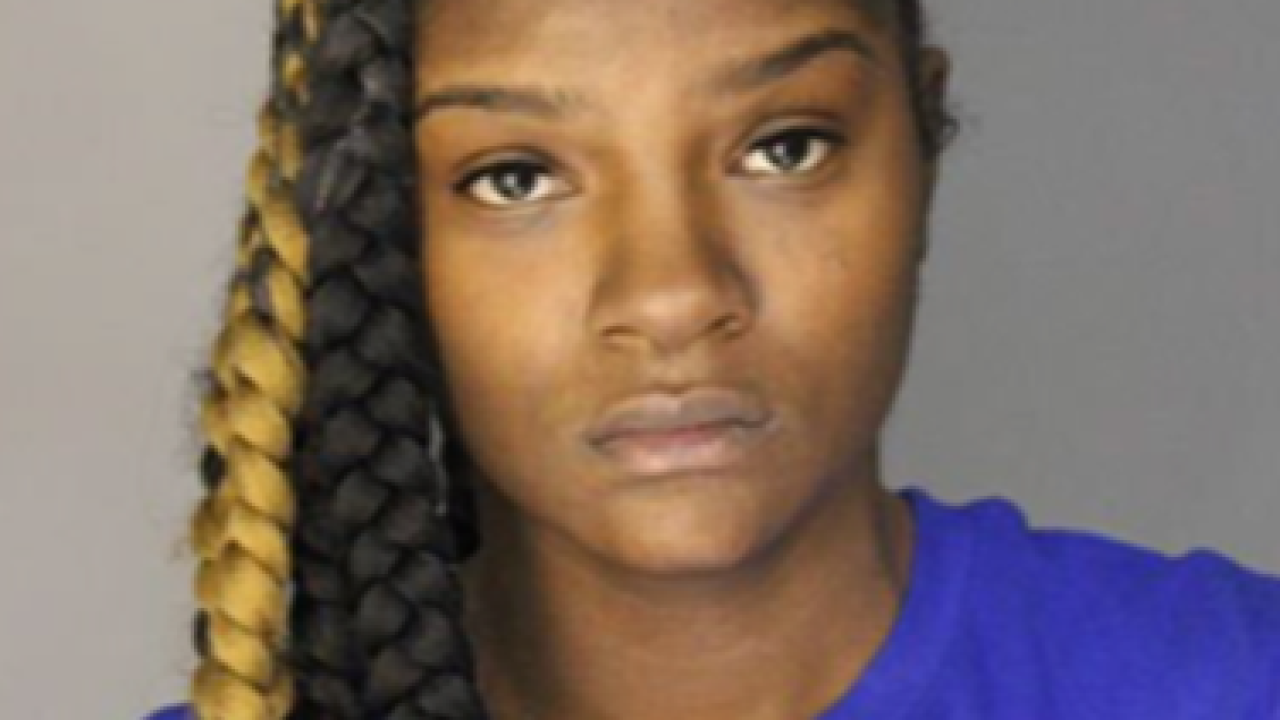 DETROIT (WXYZ) — One of Detroit's Most Wanted has been arrested for her alleged role in a gunfight at a gas station in Detroit.

Leondria Lippett was arrested on Detroit's east side by the U.S. Marshals from a viewer tip. Her boyfriend, Anthony Lovejoy, is still at large.

They are both suspects in the gas station shooting on Detroit's east side.

The U.S. Marshals say it was a fist fight inside the gas station that erupted into a gunfight at the pump. Two people were shot and two people are now on the run.

"Identified as Anthony Lovejoy by DPD investigators and the victim, victim number one get into a fight," said Assistant Chief Deputy Aaron Garcia. "They get into a fight inside the gas station –they eventually leave."

That August fight was recorded inside the gas station at Cadieux and Harper.

"Leondria Lippett hands him a pistol out of her purse," said Assistant Chief Deputy Aaron Garcia.

"There’s a gunfight here at the gas station 2 a.m. in the morning," said Garcia.

You can see the man police identify as Lovejoy head toward the door and begin shooting at the large group outside.

A second gunman fired back. Police say he was shot.

"One of the victims was shot was shot in the abdomen area, the chest area and the arm," said Garcia.

It takes less than 20 seconds for dozens of shots to be fired as bullets shatter glass. As people run for their lives, two men are hit.

38-year-old Lovejoy just got out of prison for assault with intent to murder – the same charge he’s facing once again.

As always, theres' a cash reward for any information leading to the arrest of Anthony Lovejoy. You can call the U.S. Marshals anytime at (313) 234-5656.