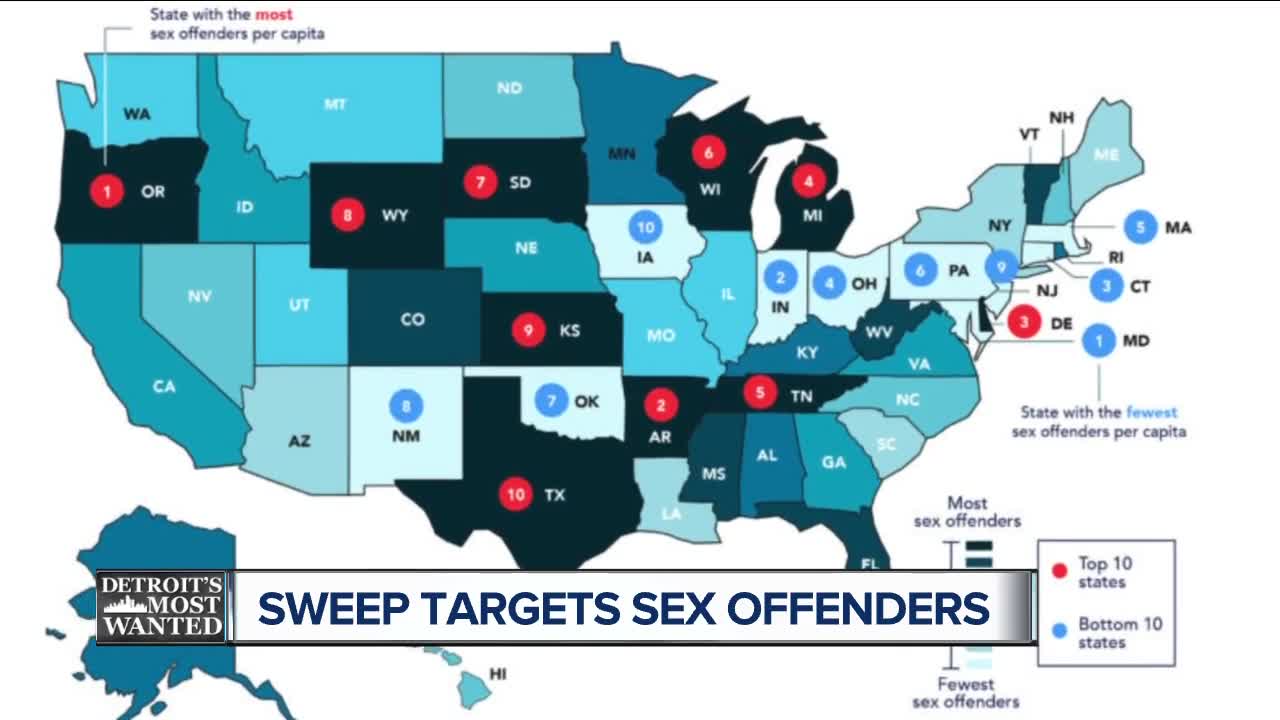 Police have been working around the clock trying to lock up non-compliant sex offenders because they are such a danger to families in metro Detroit. But once they've exhausted all of their resources, they need you to help lock up Detroit's Most Wanted. 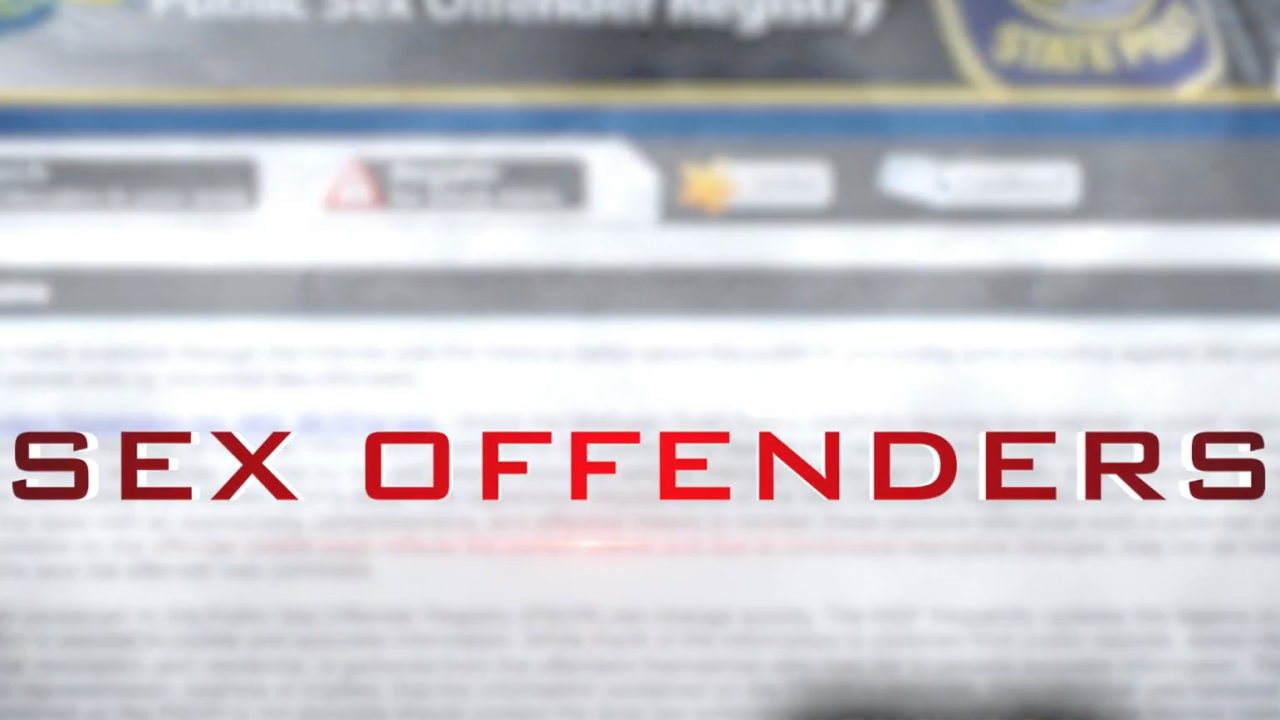 (WXYZ) — Police have been working around the clock trying to lock up non-compliant sex offenders because they are such a danger to families in metro Detroit. But once they've exhausted all of their resources, they need you to help lock up Detroit's Most Wanted.

"We’ve conducted the sweeps, we’ve hit as many doors as possible, we need Detroit’s Most Wanted – we need the viewers of Detroit's Most Wanted – to help us find these offenders so that we can make sure a child doesn’t get victimized," said Deputy Rob Watson with the U.S. Marshals DFAT.

Statistics show Michigan ranks nationwide as the fourth when it comes to convicted sex predators at large.

"We have one of the largest populations of non-compliant sex offenders," Watson said.

He added that despite law enforcement's aggressive action in keeping people on the Michigan Sex Offender registry accountable, our state has a problem with offenders refusing to check in.

"It’s pretty simple, if they follow that then they’re not gonna be bothered," said Trooper Brenda Hoffmann with the Michigan State Police.

These men and women deciding to do things their own way, and refusing to let police know where they are.

"They’re all convicted of the sex crimes that got them on the registry – different variables as far as the victims ages – we had some adults as victims, we had some children as victims," Hoffmann said.

That's why this week, Michigan State Police and the U.s> Marshals pooled their resources and hit the streets locking up more than a dozen non-compliant sex offenders.

Like Scott Bedola, of Clinton Township. He's a tier three sex offender. He's classified as the most dangerous of predators and is required to register for the rest of his life. He's been on the run since 2011.

"The problem is, when they choose not to register, there’s a reason why there doing that," Watson said.

CLICK HERE TO SEARCH FOR LISTED SEX OFFENDERS IN YOUR AREA

Marcus Bryant last registered in Hamtramck. He's convicted of trying to accost a child for immoral purposes. He was sent back to prison in 2017 for not registering and once again became a fugitive in 2018.

"Maybe they’re targeting another child, maybe they’re harming somebody else and they don’t want people to know," Watson said.

That's why Action News is working with law enforcement through Detroit's Most Wanted to give you the tools you need to hold these convicted sex offenders accountable.

"We really want the community to look at these pictures that we’re gonna put up – these non-compliant offenders," Watson said. "If you see these people, please contact law enforcement, let us know where these people are, we can only do so much with the information that we have.

Sex offenders prey in every neighborhood, and they could be hiding in yours. Click here to view a map to see where these men and women are near you.

If you have information on where they may be hiding, call Crime Stoppers at 1-800-Speak-Up or the Michigan State Police Sex Offender Registry at 1-866-761-7678.