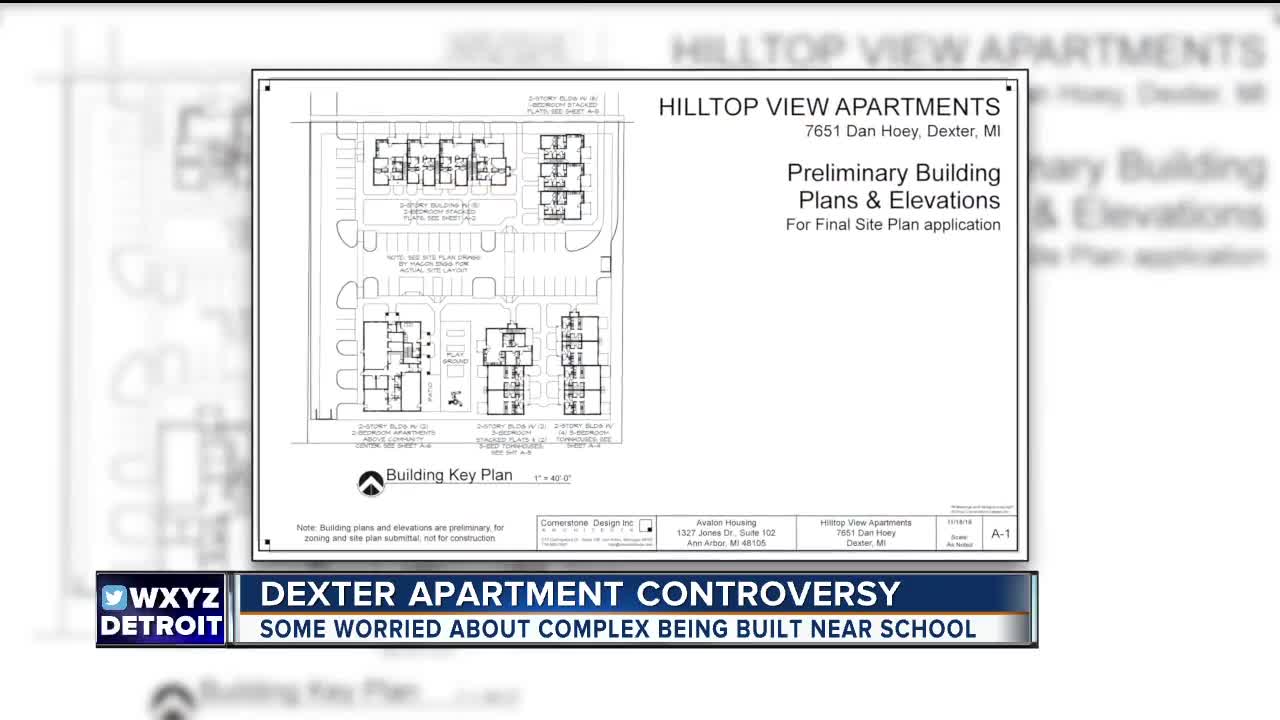 “I don’t believe for one second that people know what’s coming in here.” Sue Sherrill is one of many residents in Dexter concerned over a proposed affordable project. 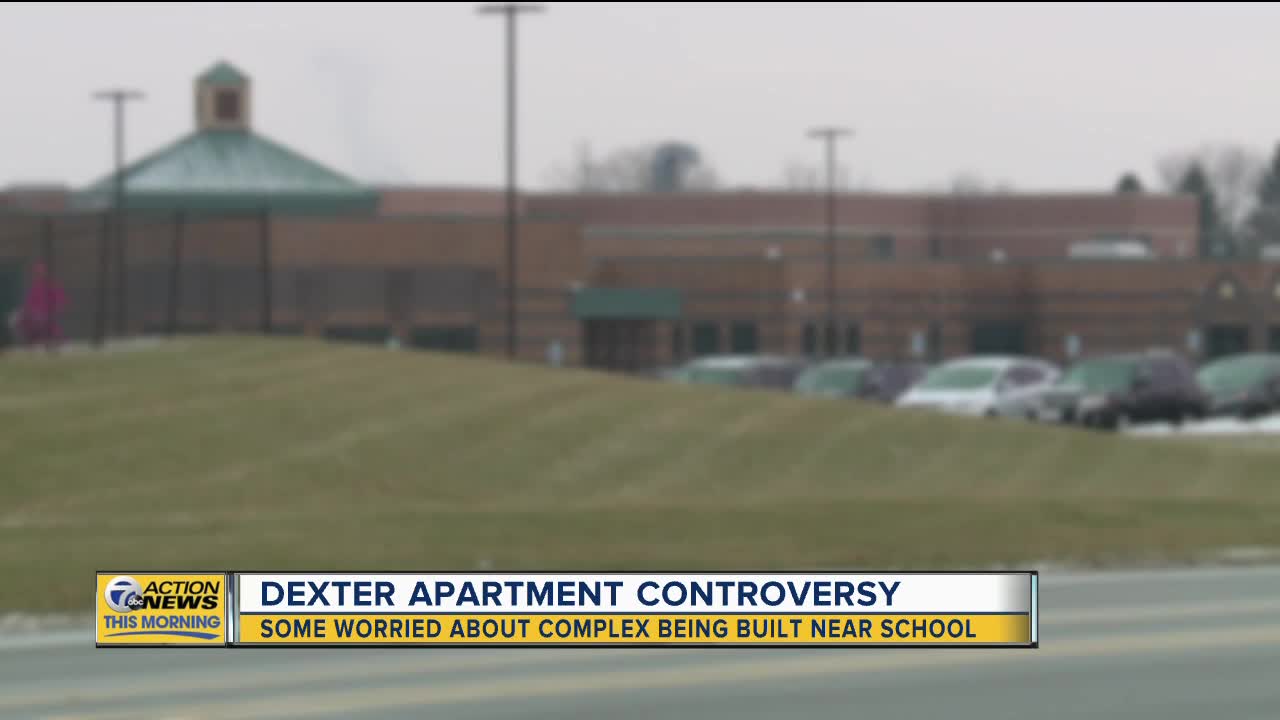 DEXTER, Mich. (WXYZ) — “I don’t believe for one second that people know what’s coming in here.”

Sue Sherrill is one of many residents in Dexter concerned over a proposed affordable project.

Hilltop View Apartments would be built by Faith-in-Action in partnership with Avalon and provide a food pantry, as well as 24 housing units. It would include units for six veterans, nine affordable housing, and nine others are intended to be supportive housing. The site of the proposed Hilltop View Apartments is 7651 Dan Hoey Road, just across the street from Anchor Elementary School.

“It’s not a safe place to have people that can’t control their behavior across the street from our schools,” said Sherrill.

A planned housing development in Dexter has people living there outraged. Some units at “Hilltop View Apartments” will be dedicated to people with a history of homelessness and a disabling condition. One of the concerns, the location to a nearby elementary school. @wxyzdetroit pic.twitter.com/NKBSBIU5f1

Jamie Griffin is also a resident of Dexter in opposition to the development, who has taken the time to put together pamphlets and mail it to Dexter voters. She has also created a website to help get her message out into the open, creating a group now known as "Dexter Citizens for Responsible Government".

“But the question is, does the city have an obligation to be charitable to those outside the city limits with the sale of public property, with the forfeiture of property taxes and in a location that potentially places the school children at risk?” said Griffin.

I also spoke to Jamie Griffin, who has organized Dexter Citizens for Responsible Government. She has mailed out pamphlets to registered Dexter votes in opposition of the project. https://t.co/JUFqnnD0CG pic.twitter.com/ioNO9nlIZc

Representatives from Faith-In-Action and Avalon said some of the information in the pamphlet Griffin wrote is not true, including the idea they would give clean needles to people attached to drugs and devices that would not burn the lips of people using a crack pipe.

“Certainly it is the case that people may have substance use disorders just as that’s the case in market rate housing, substance use issues span the socioeconomic strata, so it is not that we are intentionally targeting that population, and I think that is an important fact,” said Patino.

Executive Director of Avalon Housing, Aubrey Patino, says she sees the location near the elementary school as a plus.

“This proximity to the elementary school is absolutely what’s best for our families who are going to live there, it is a wonderful opportunity, our kids will be able to walk to the school, the students who are in Dexter Schools who may need to utilize the food pantry will now have that proximity to access it as needed,” said Patino.

I spoke with Faith-In-Action and @avalonhousing about the proposed development. I’m told this disabling condition can be a wide variety of conditions inducing a physical health issues, a chronic health condition, mental illness and could be past substance issue. @wxyzdetroit https://t.co/soqdOjkRVH pic.twitter.com/IrbFgGEHIH

Another concern among those in opposition is the need to help a homeless population. Executive Director of Faith in Action, Sheri Montoye, says their organization has helped 27 households experiencing homelessness in the last year who are from the Dexter area.

“If one of the families who move here didn’t happen to live in Dexter that doesn’t bother me at all,” said Dexter Mayor Shawn Keough.

The mayor says there are still more steps that need to be taken, including a city council meeting to approve the plans. The goal is to break ground on the project in August.

Griff says in the meantime they are circulating a petition asking for a charter amendment that would require all sale of public property to go to a public vote. As well as a planned a meeting at Dexter Public Library on Saturday at 1:30 p.m. to talk to voters.

“My personal opposition to it is I think less relevant to the community conversation than my desire to to make sure that people in the community have access to all the facts and are able to come to their own conclusion,” said Griffin.