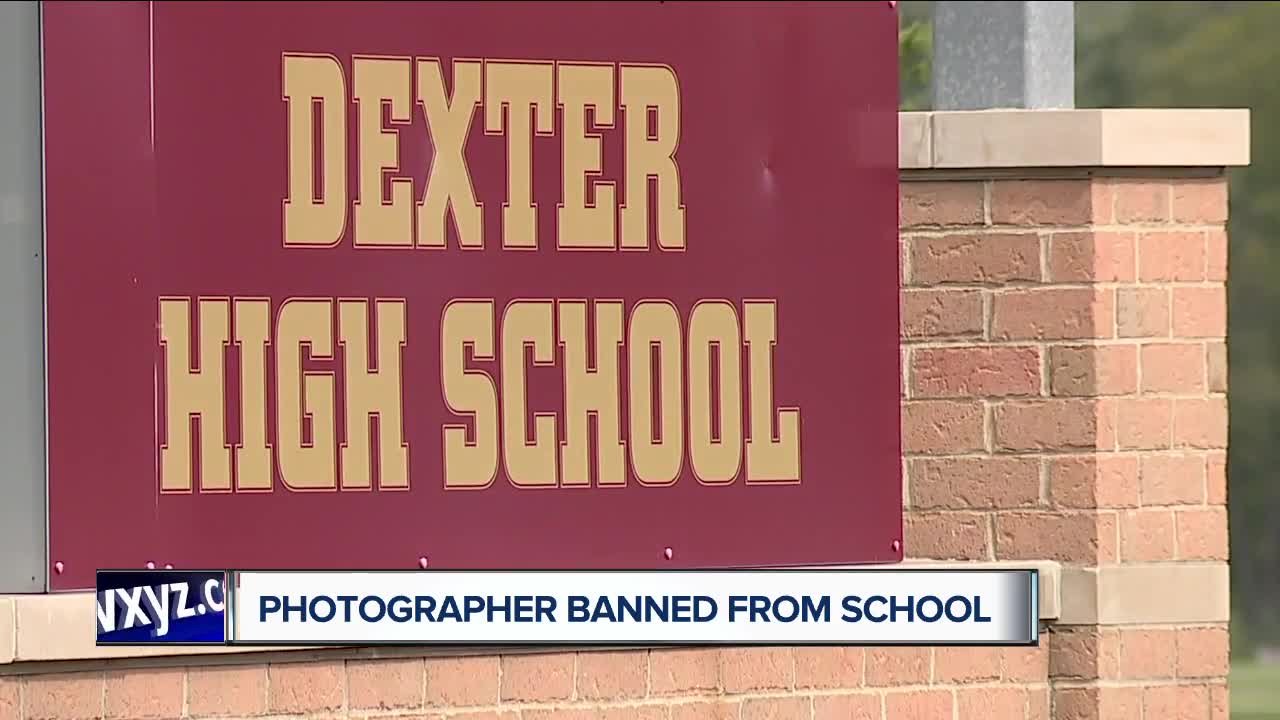 A photographer who did work in the Dexter Community Schools has been banned from the property.

DEXTER, Mich. (WXYZ) — A photographer who did work in the Dexter Community Schools has been banned from the property.

The Washtenaw County Sheriff’s Office says in August it let Dexter Community Schools know it was investigating a photographer who had worked with the district, so the district could take action.

“We received a call from a concerned parent a mom who had discovered some social media messages,” said Derrick Jackson, the Washtenaw County Sheriff’s Office directorof community engagement.

Dexter Community Schools Superintendent Chris Timmis says the district took swift action because its priority is protecting kids. It gave the man accused a chance to clear his name by handing over his phone as evidence during a meeting. He refused.

I am covering the story of a man under investigation for “inappropriate contact” with a student in Dexter Schools. The school released his name As they shared what allegedly happened, even though he is not charged with a crime yet. Should they?

“After catching (name redacted) failing to be truthful regarding his communication with an underage girl he and his attorney abruptly ended the meeting,” said Chris Timmis, Ed.D, superintendent of Dexter Community Schools.

William Amadeo, attorney for the accused man, says he is outraged that again and again school and law enforcement authorities are sharing the man’s name. This, even though he is not charged with any crime.

“We felt we had to fight back,” Attorney Amadeo said. “Dexter leaked his information without doing an investigation. He was getting threatening phone calls. His business was turned upside down.”

Because he is not charged, 7 Action News is not sharing his name. Amadeo says his client passed a polygraph test to prove his innocence.

Parents in the Dexter Community School District are having mixed reactions to how the situation was handled. They all want information to protect their children, but they are divided on whether the man’s name should have been withheld.

The Washtenaw County Sheriff’s Office says the investigation is ongoing.