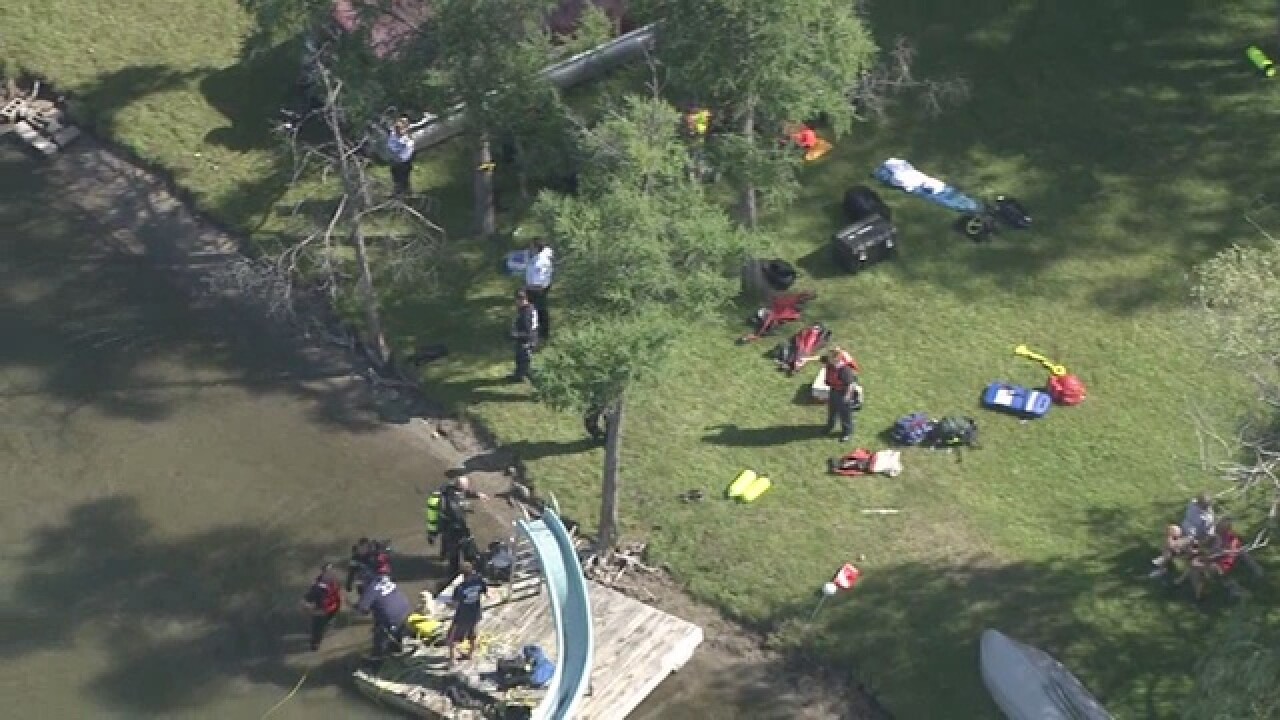 Livingston County dive teams recovered the body of an 18-year old boy tonight, after he drowned in Handy Lake.

First responders say it took about 70 minutes to locate the body in the Hartland Township lake, after he went under.
They say a group of teenagers were on a pontoon boat, going fishing, when the 18-year old decided to jump in. He never made it back to the boat.

Emergency crews told us, a mix of boys and girls, two 15-year-olds, the 18-year-old, and a 19-year-old were part of the group. Some are related.

Neighbors called 9-1-1, and heard the screams for help. They say boy's relatives live on the lake.

Hartland/Deerfield Fire Marshal Mike Bernardin tells us, "Unfortunately today, we didn't have a good outcome. It's hard on all of us. Floatation devices are imperative when out on the water."

We're told the 18-year old was considered a good swimmer.