DNR officer gets an award for saving a life 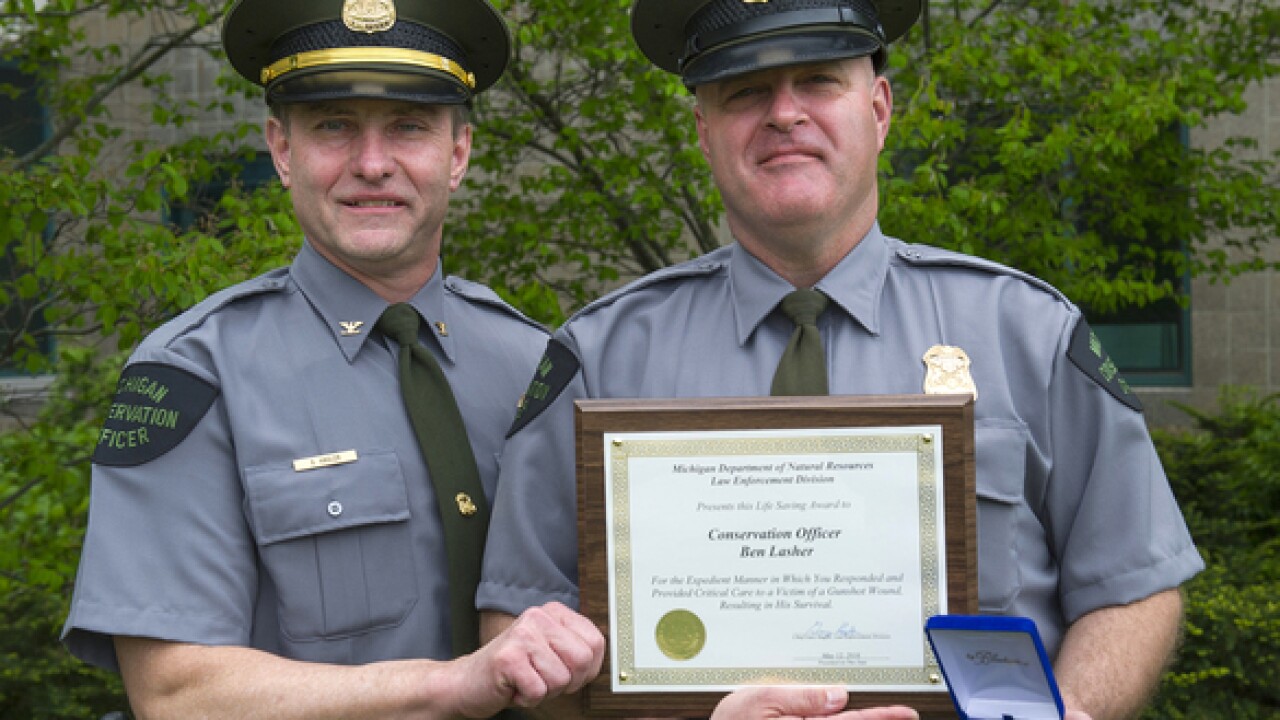 Conservation Officer Ben Lasher of Michigan's Department of Natural Resources (DNR) has received an award for saving a man’s life after a hunting accident.

The 30-year-old man shot himself in the upper thigh just outside of the Village of Adair, located in Casco Township in St. Clair County.

While on patrol, Lasher along with Deputy Greg Doan from the St. Clair County Sheriff’s Department responded to the call.

They met the victim’s friend who had witnessed the incident at the end of a two track private property, then drove within 75 yards of the victim, stopping where roads were no longer visible to vehicles. Lasher grabbed a first aid kit and ran the remaining distance.

“The actions of Officer Lasher saved a man’s life,” said DNR Law Enforcement Division Chief Greg Hagler in a press release. “We’re honored to have him on our team, and the public is fortunate to have him and all the men and women serving as conservation officers here and ready to protect.”

Hagler presented the award to Lasher at the May 12 natural resources commission meeting and said that without Lasher’s quick response time and fast thinking the man would have likely lost his life.