DNR warns boaters about dangers of electric shock in the water 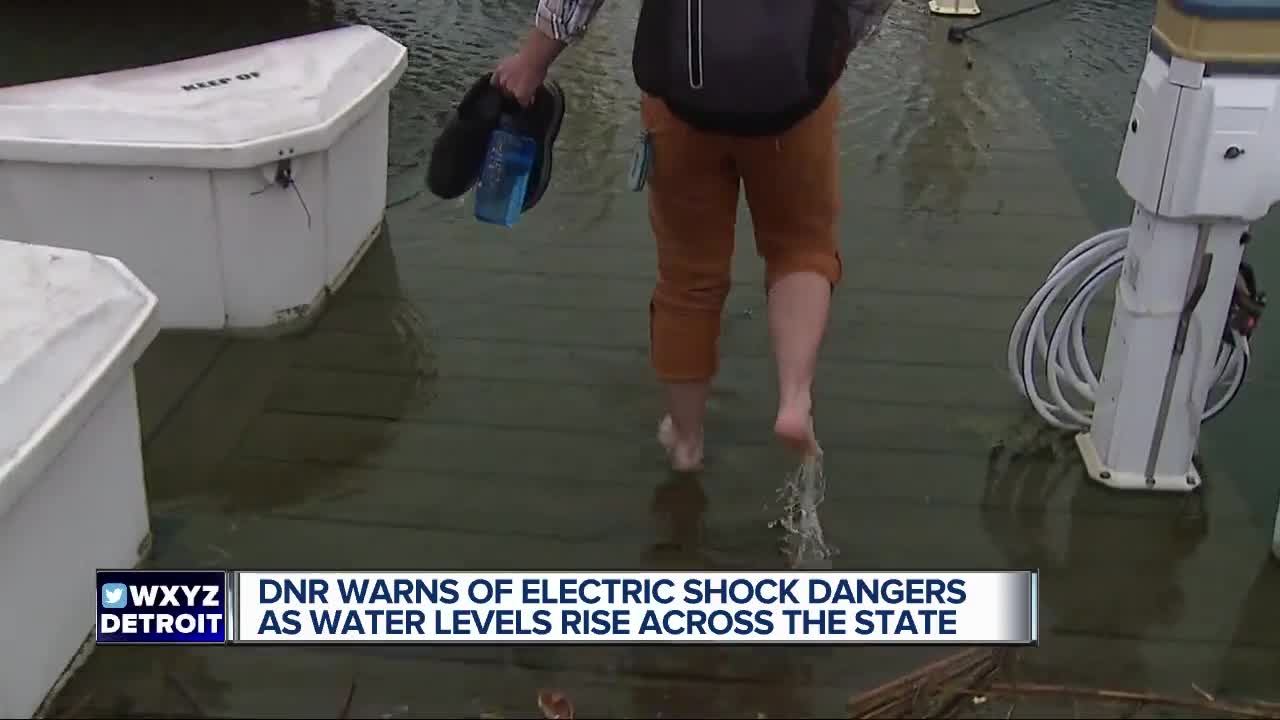 Drew Jackson, a slip holder at the Jefferson Marina in St. Claire Shores, never used to have to ditch his socks and shoes to board his own boat.

(WXYZ) — Drew Jackson, a slip holder at the Jefferson Marina in St. Claire Shores, never used to have to ditch his socks and shoes to board his own boat.

“I’ve been doing it for about a week now," Jackson told 7 Action News. "It got to the point where it was just right at the dock level and over the past week it’s gotten two or three inches higher."

They’re now building docks on top of docks at the Jefferson Marina, due to the high water level.

It can happen if you jump into the water near a boat or a dock powered by electricity. Stray voltage can come from bad wiring or devices not meant for boats, and the result can be deadly.

This is important. If you think someone could be affected by an electric shock while in the water, DO NOT GO IN AFTER THEM ⬇️ pic.twitter.com/ggtAnv088L

The best way to prevent ESD is not entering the water too close to a boat or dock powered by electricity.

If you think someone’s been shocked:

“I’m definitely going to talk to my kids this week about it because all of my grandchildren go out," said boater Cherly Mains. "It only takes a second for something like that to happen."

Albert Marks II knows the dangers all too well from jet skiing.

“I actually felt like I was shocked," Marks said. "And that was several years ago, so I’m very careful around the water. I make sure that I don’t have my power turned on to my boat and I also make sure that I am wearing rubber boots whenever I am walking on the docks.”