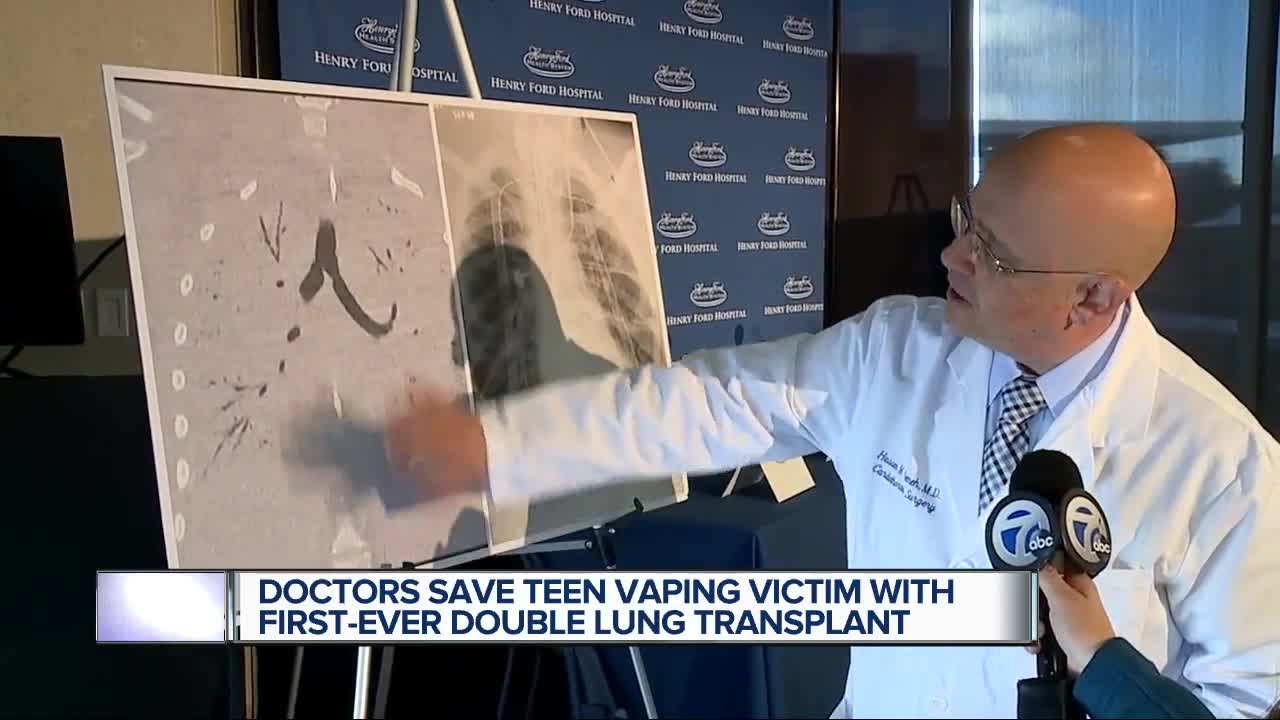 Doctors at a Detroit hospital have performed what could be the first double lung transplant on a teen whose lungs were damaged from vaping.

DETROIT (WXYZ) — It is a story that shows the horrific life threatening effects of vaping. A 16-year-old boy went to the hospital on September 5 thinking he had pneumonia. He had no idea his lung tissue was literally dying.

“We asked Henry Ford doctors to share that the horrific life-threatening effects of vaping are very real. Our family could never have imagined being at the center of the largest adolescent public health crisis to face our country in decades,” said the family in a statement.

Doctors shared a picture of the teen being transferred on life support to Henry Ford Hospital.

“They described a 16-year-old with vaping induced lung injury that was no longer able to oxygenate,” said Dr. Lisa Allenspach, Medical Director of Henry Ford’s Lung Transplant Program, as she described learning about his condition.

Without the double-lung transplant she says he had zero chance of survival.

Because he was young, and otherwise healthy, he was moved to the top of the list for a lung transplant. He received a transplant on October 15. He now remains in the hospital recovering.

Doctors shared pictures of X-rays of his lungs before and after the transplant. You can see that before almost no air was able to get into his lungs due to scar tissue and fluid.

Doctors want the public to know that while vaping has been promoted as harmless, it can horrifically change your life.

The Centers for Disease Control says at least 39 people have died from vaping related lung injury, and thousands more have been injured.

“It fills me with anger especially as a parent. I have teenagers in my home. This is a completely senseless, preventable injury,” said Dr. Nemeh.