Dog named Red missing following roll over accident found safe, being checked out at the vet 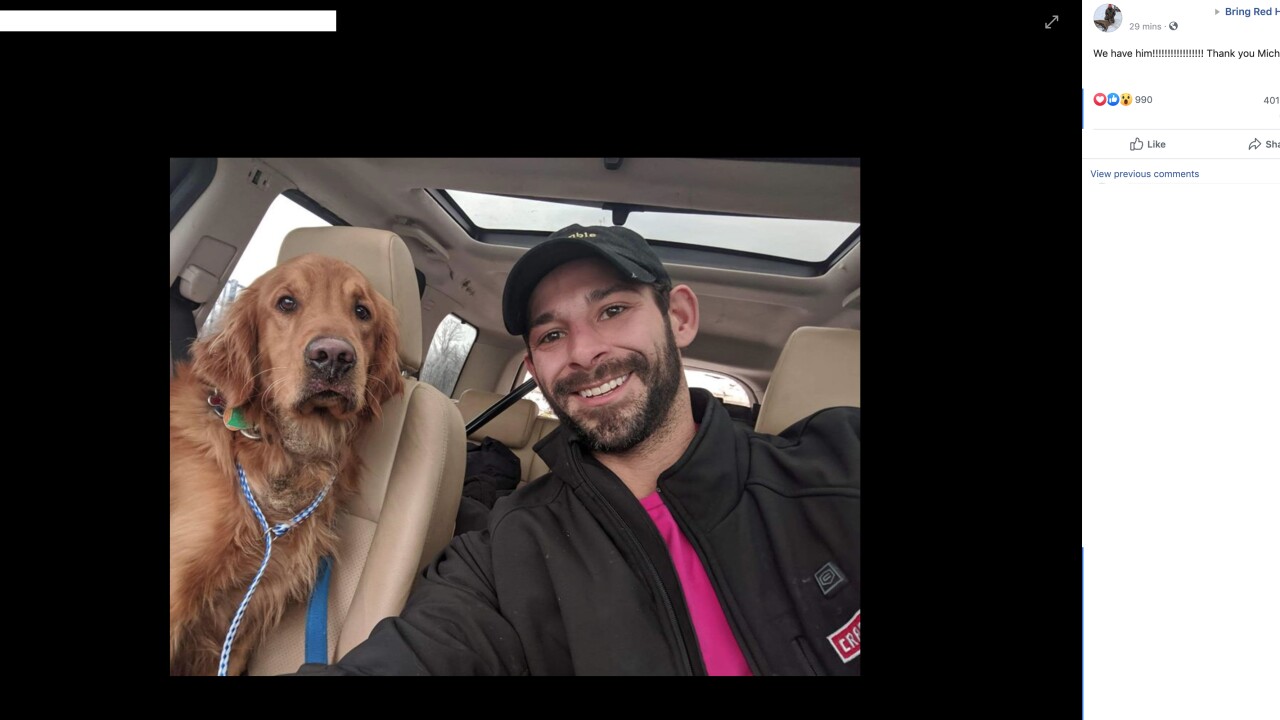 (WXYZ) — A Woodhaven family in ending their year on a high note after spending more than a week looking for their dog.

The dog, named Red, was ejected from the family car following a rollover accident on Sunday, December 22.

Red was found on New Years Eve. He is being checked out at the vet after being on the run for 9 days.

The Stevensons were traveling to Mayville to visit family when they struck a slick spot on I-75 near the Lapeer exit and flipped over several times.

Wade Stevenson, Ruth Stevenson, and their 4-year-old daughter Hazel were not hurt.

The community response started almost immediately after the crash, when the family posted to social media looking for Red.