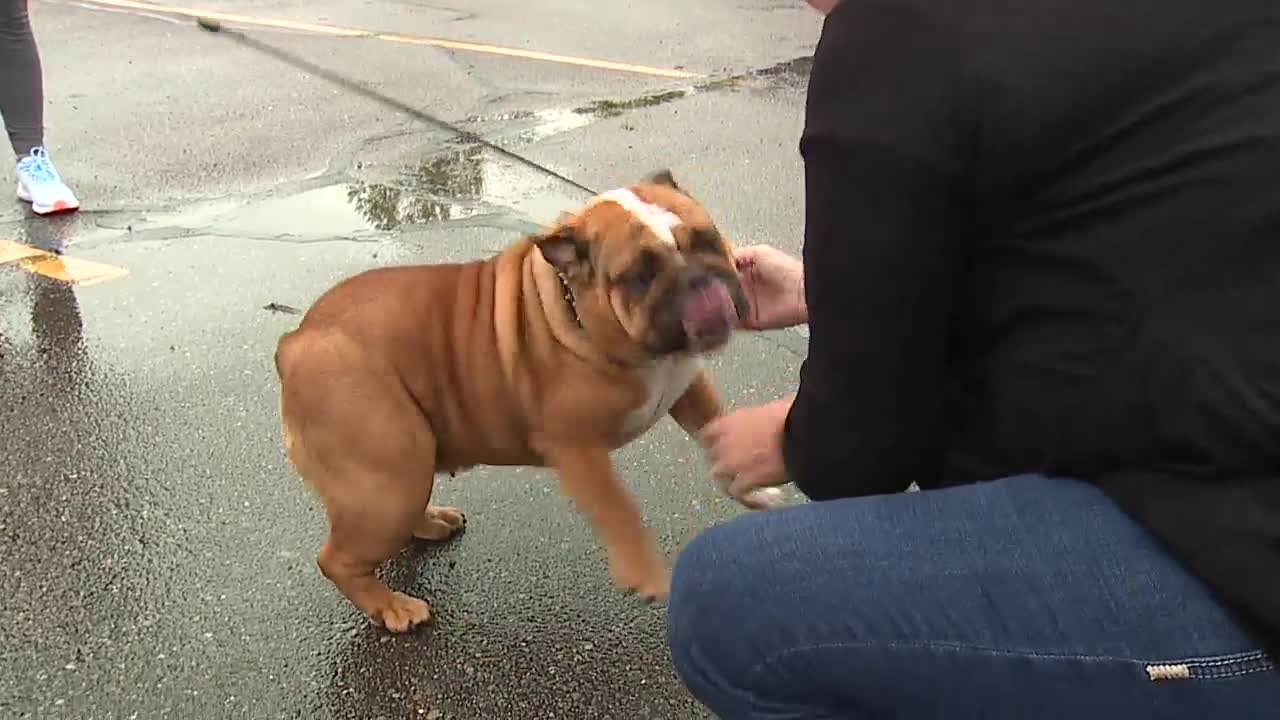 NEW BALTIMORE, Mich. (WXYZ) — Danielle Winters of Jacksonville, Fla. says her dog Roxy has been missing for about a month. A few days ago, she and her husband got a call from a man living in New Baltimore saying he found Roxy.

According to Michael Williams, he was collecting fire wood at an abandoned home on Gratiot just north of M-59 when he spotted Roxy.

For ten days he took care of her, leaving her food and water. He says he did not want to take her just in case she belong to someone. After about ten days or so, he decided to call the number on the Roxy’s dog tag.

“When they told me it was in Florida I immediately went back to the house and took the dog,” said Williams.

“Without him I would have never got her back so I’m very happy,” said Winters.

Both Winters and Williams have no idea how Roxy ended up so far away from home.

Winters says she plans on filing a police report in the hopes police can investigate and find out who tied Roxy up behind the home.