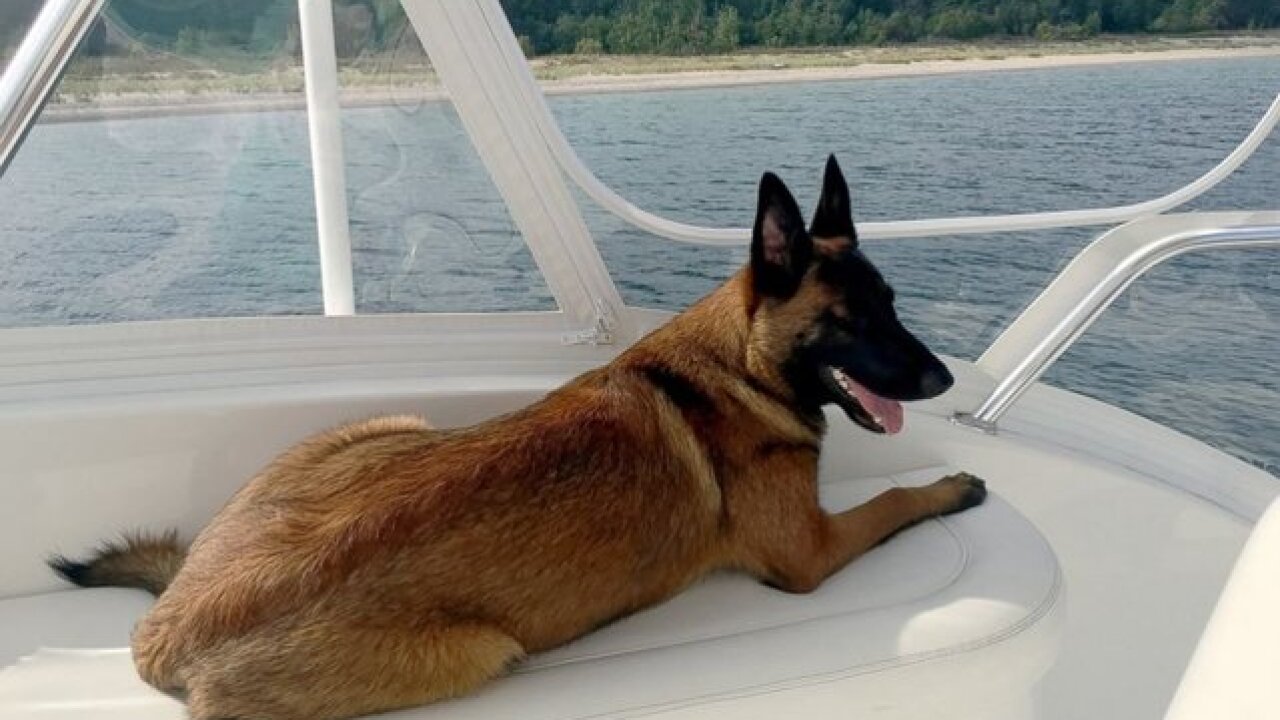 A dog swam more than 6 miles and walked a dozen more to find its family after falling overboard into Lake Michigan during the weekend.

Edward Casas was boating on the lake Sunday with his wife, Kristin, and the family dog, a 10-month old Belgian Malinois named Rylee.

Casas tells ABC News Rylee went overboard while he was in the engine room trying to figure out a mechanical problem with the boat and his wife was steering.

Casas says he sent out a mayday call on the radio and was connected to a volunteer group that searches for lost dogs.

The next morning someone spotted Rylee going into a nearby campground. Edward Casas says there was a lot of sobbing and hugging when the family was reunited with him.