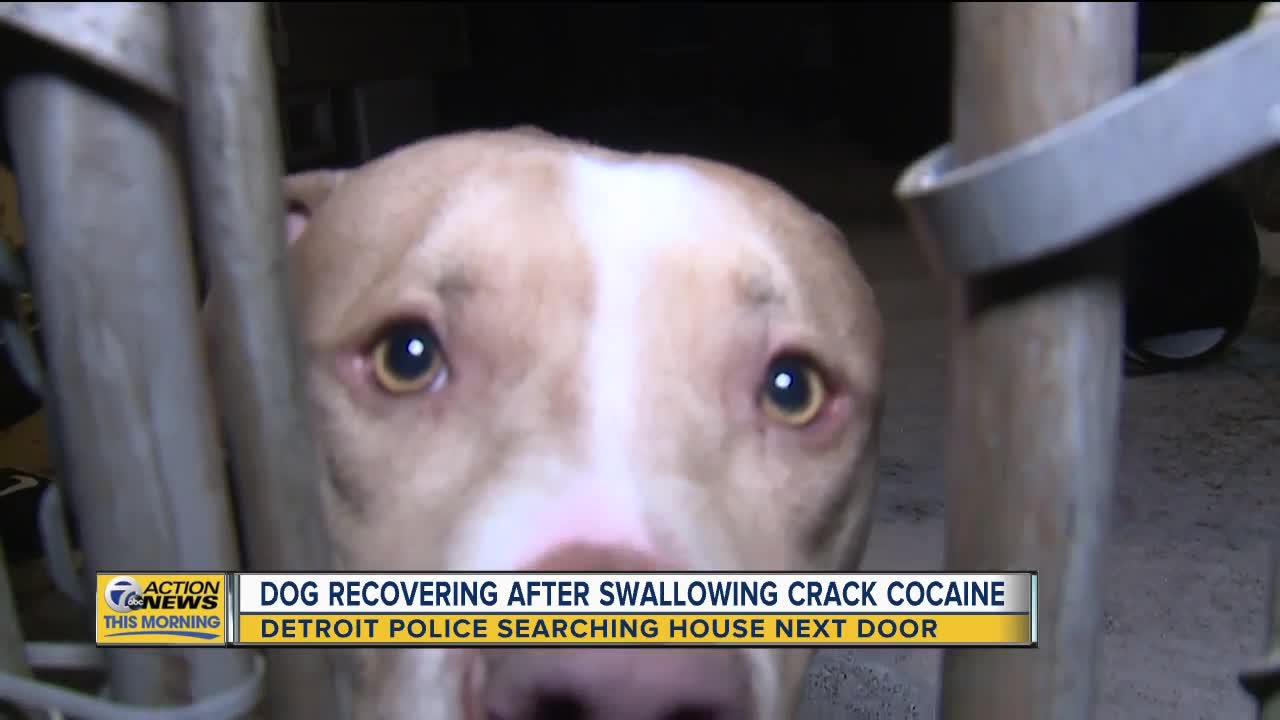 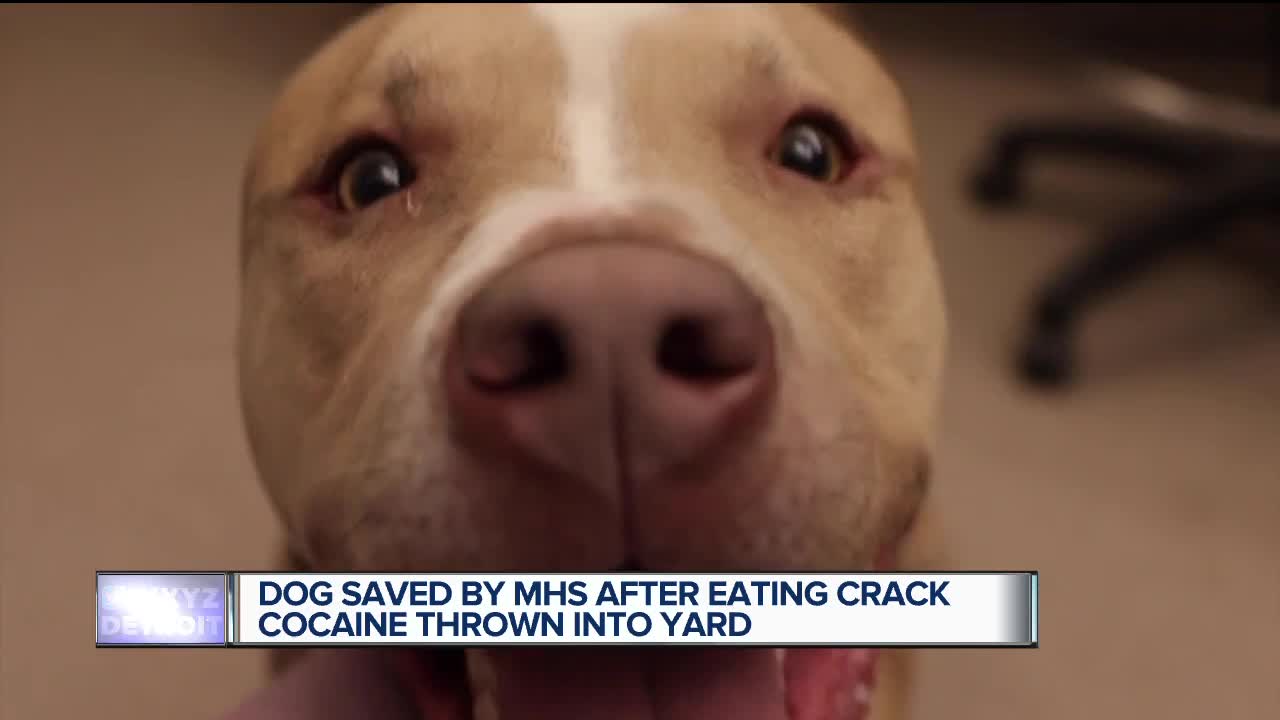 DETROIT (WXYZ) — A pit bull that swallowed a bag of crack cocaine that was thrown from a neighbor's home is doing better after getting treatment from the Michigan Humane Society.

Nipsey was returned to his owner by the Detroit Police Department and the Michigan Humane Society on Thursday after the whole ordeal.

TONIGHT: A family’s pet dog rushed to the hospital after he ate a bag of crack cocaine.

It was apparently throw over the fence while Detroit police conducted a raid at a nearby home.

The emotional reunion with the pet’s owner. @tv20detroit at 10 @wxyzdetroit at 11 pic.twitter.com/mhBIAXqt0N

On Wednesday, Detroit police say they were serving a warrant at a home next door to Nipsey's owner Clinton Majors.

While doing a search of the neighbor's home, a bag of crack cocaine was thrown over the fence into Majors' yard. Police say Nipsey was under the supervision of his family when he ingested the bag. Detroit police contacted the Michigan Humane Society's field services team for assistance.

Nipsey was later treated by the MHS veterinary team and held overnight for observation. The humane society said that Nipsey had no ill effects from swallowing the narcotics and was returned home the next day.