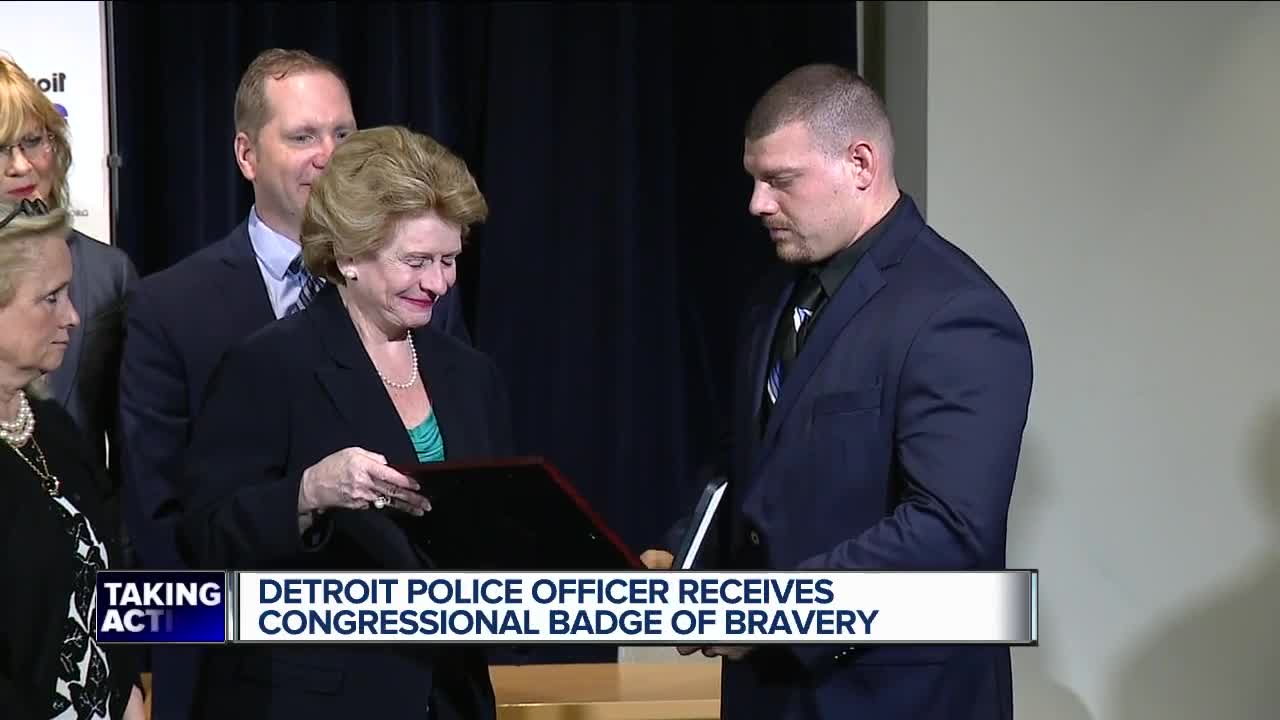 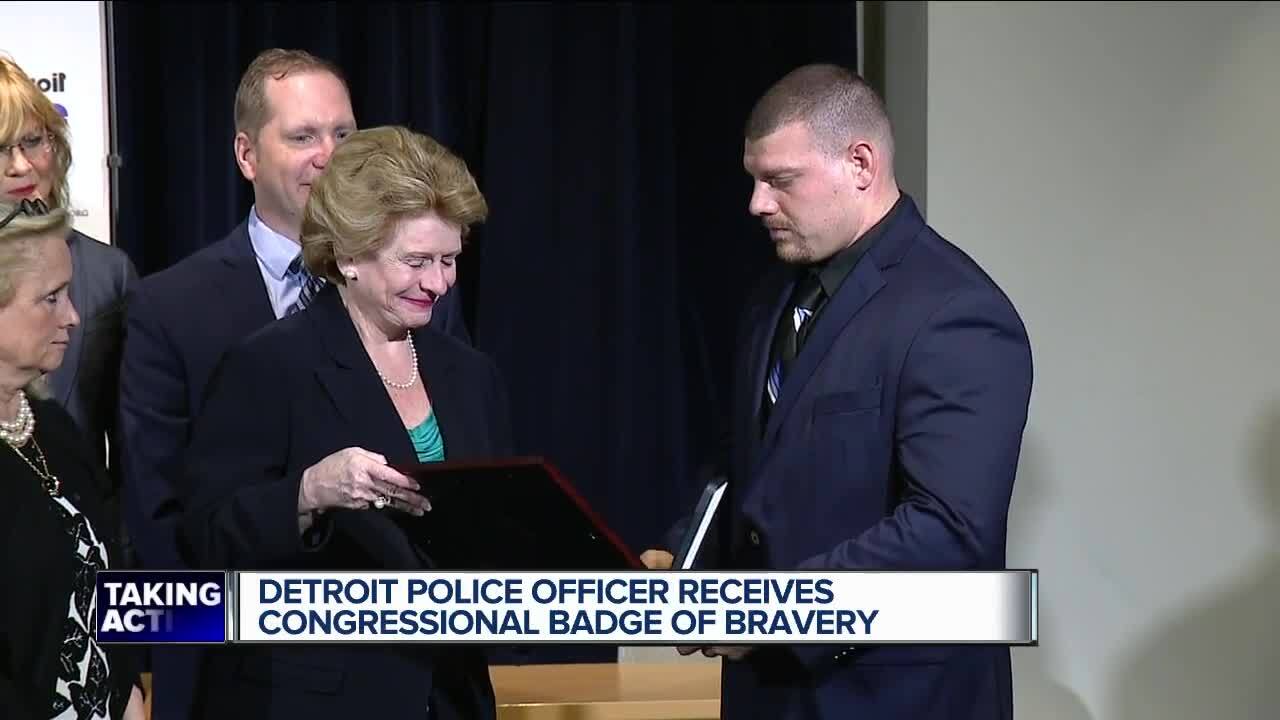 DETROIT (WXYZ) — A Detroit police officer was honored for his heroism on Monday by the United States Congress.

Officer Benjamin Atkinson was awarded the Congressional Badge of Bravery, becoming only the third person in the state to receive the honor.

He and his partner, Officer James Kisselburg, were both shot while conducting a traffic stop in 2017.

Atkinson saved the life of Kisselburg by using his body to cover his partner despite both being shot.