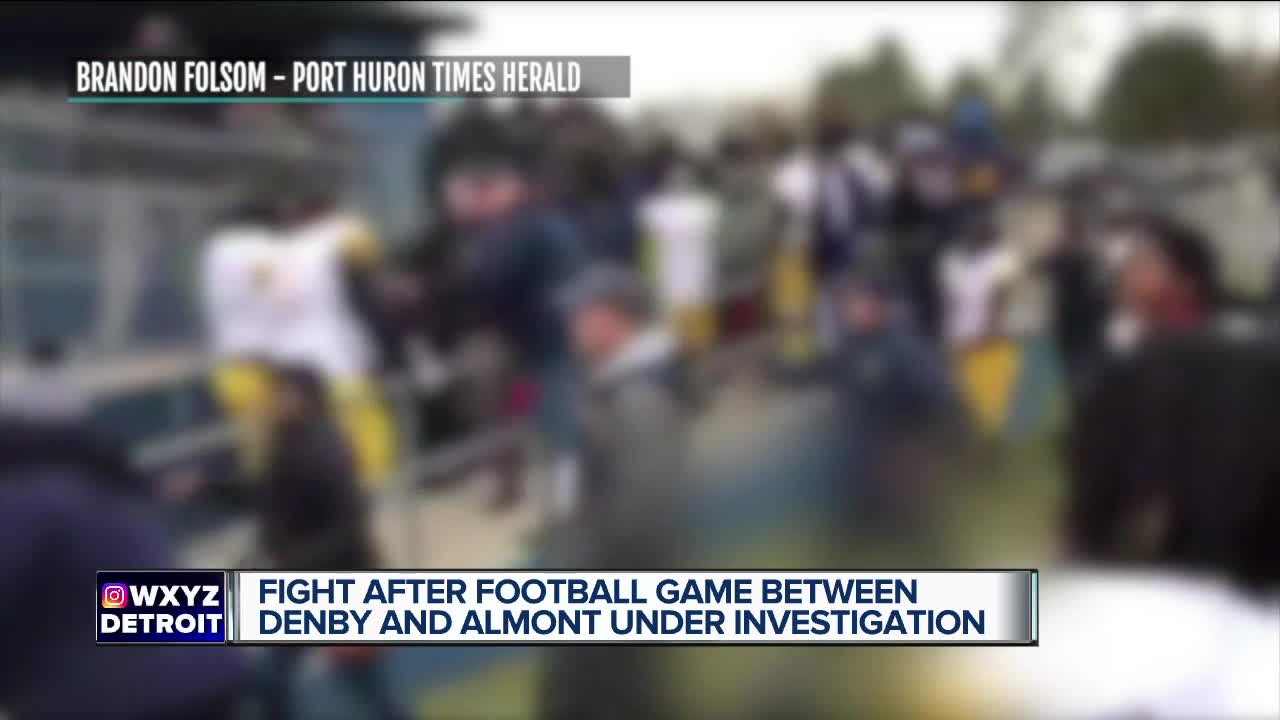 The MHSAA high school playoff semifinal game between Detroit Denby and Almont on Saturday afternoon ended early with a confrontation between Almont fans and Detroit Denby players and coaches. 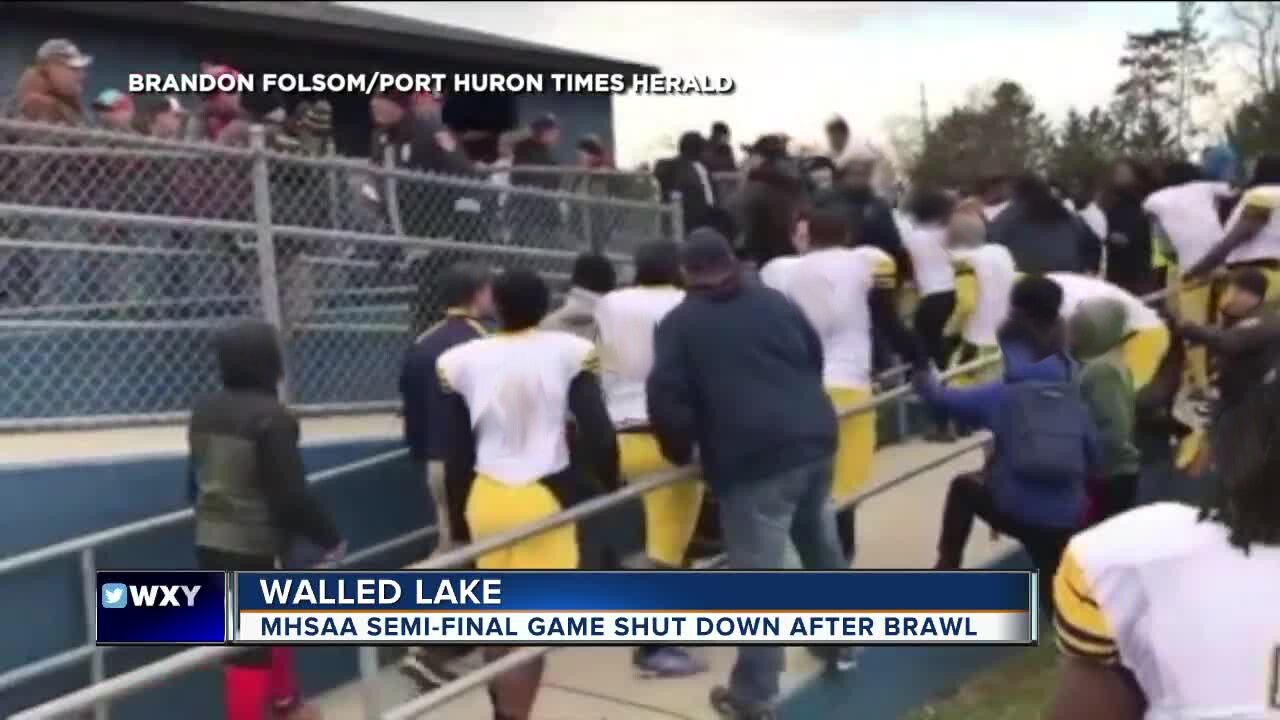 In a statement, Detroit Public Schools Community District Superintendent Dr. Nikolai Vitti said that it is the district's understanding that "Almont adult spectators were cursing and spitting on our coaches and players after the game while leaving the field."

The game was called with about 3 minutes left in the fourth quarter with Almont winning the game 36-8.

The Oakland County Sheriff's Office did have deputies on the field separating players and fans, and tells us that no arrests were made in the incident. They are still investigating and reviewing video from the aftermath of the game.

"The disrespect toward the city, school, and players continued on social media after the game where Almont fans used numerous racist stereotypes. We look forward to getting to the bottom of what occurred based on factual evidence to determine the district's next steps on how to best support our school and it's administration, coaches, and students," Vitti added in his statement.

In a letter to parents and the Almont Communuty, Dr. William F. Kalmar, superintentdent, said they are investigating reports that members of the marching band taunted Denby players. They also said there is no evidence of misconduct by the football team.

"We are investigating fully allegations that members of the Almont Raiders Marching Band taunted players from Denby High School while both groups attempted to exit the stadium after the game was called by officials," the letter said. "At this time, we have no evidence of such behavior by members of our marching band, dance team, cheerleaders or student body."

The letter goes on to say that they are cooperating with authorities to identity spectators who may have aggravated the confrontation by taunting Denby players.

"There is no circumstance in which it is appropriate for an adult spectator to interject themselves into a high school event," it reads.

The letter from Almont also quotes the MHSAA officiating crew, which reported to the MHSAA: Almont displayed exceptional sportsmanship and composure during the semifinal contest with Detroit Denby High School. Almont never retaliated or complained while they were receiving illegal hits from the opposing team – such as blocks in the back and blind side blocks. Almont maintaining their composure greatly helped the officiating crew maintain as much control as could be maintained in what was a difficult game to manage and officiate. Almont should be commended and praised for their role in this game, maintaining focus and sportsmanship."