Dunkaroos are making a comeback to the U.S. this summer 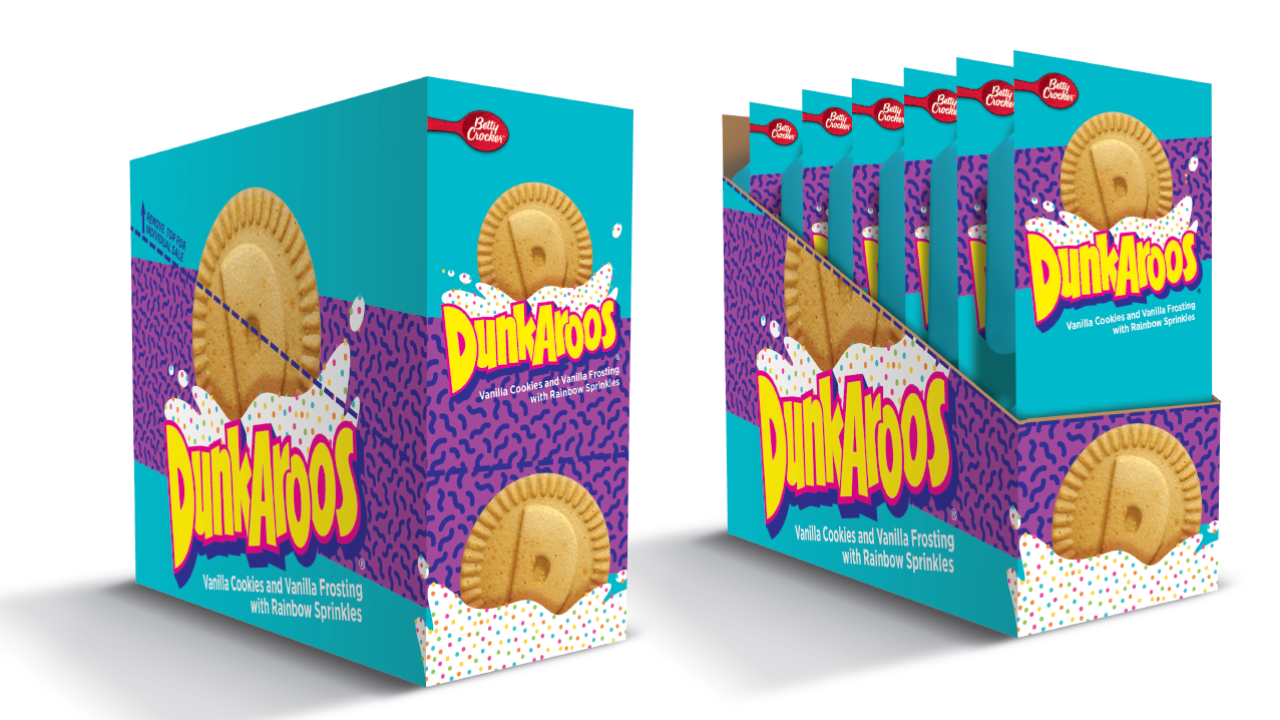 (WXYZ) — 90s kids rejoice! One of your favorite snacks is making a return.

General Mills announced Monday that Dunkaroos will return to the United States this summer.

First introduced in 1992 with Sydney the Kangaroo as a mascot, the delicious cookie and frosting snack has only been available in Canada in recent years.

“We’re thrilled to relaunch Dunkaroos in the U.S. after years of it only being available in Canada,” says Jeff Caswell, president of Snacks at General Mills. “For those who grew up in the ‘90s, the original cookie-frosting combo represents the taste, color and fun of being a kid during that decade. We know there’s a lot of love for Dunkaroos, and fans everywhere have been asking for it. We’re excited to help ‘90s kids relive all the best parts of childhood.”

Originally, the graham cracker cookies came in five different shapes with chocolate or vanilla frosting. In 1993, there were four new flavors including chocolate chip, cinnamon, peanut butter and rainbow sprinkles, one of the more popular flavors.

The snack is returning with the most-requested flavor – vanilla cookies and vanilla frosting with rainbow sprinkles.

An exact date of when they'll return hasn't been announced.