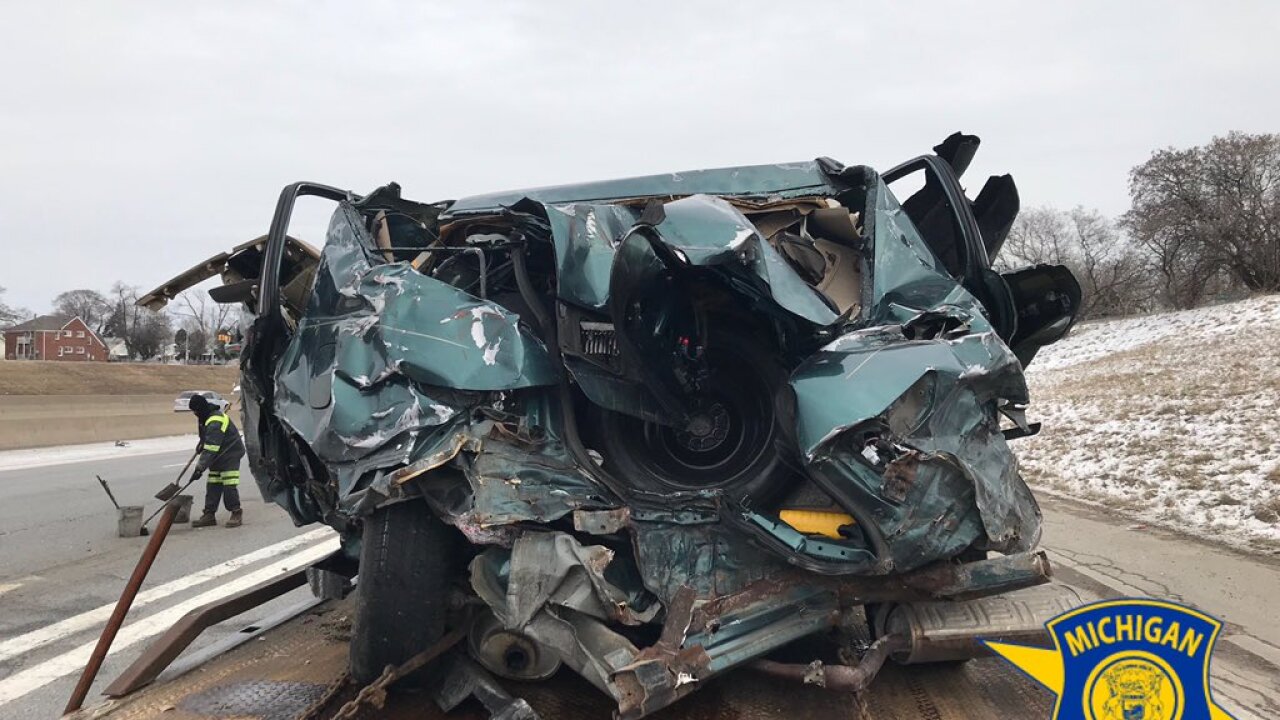 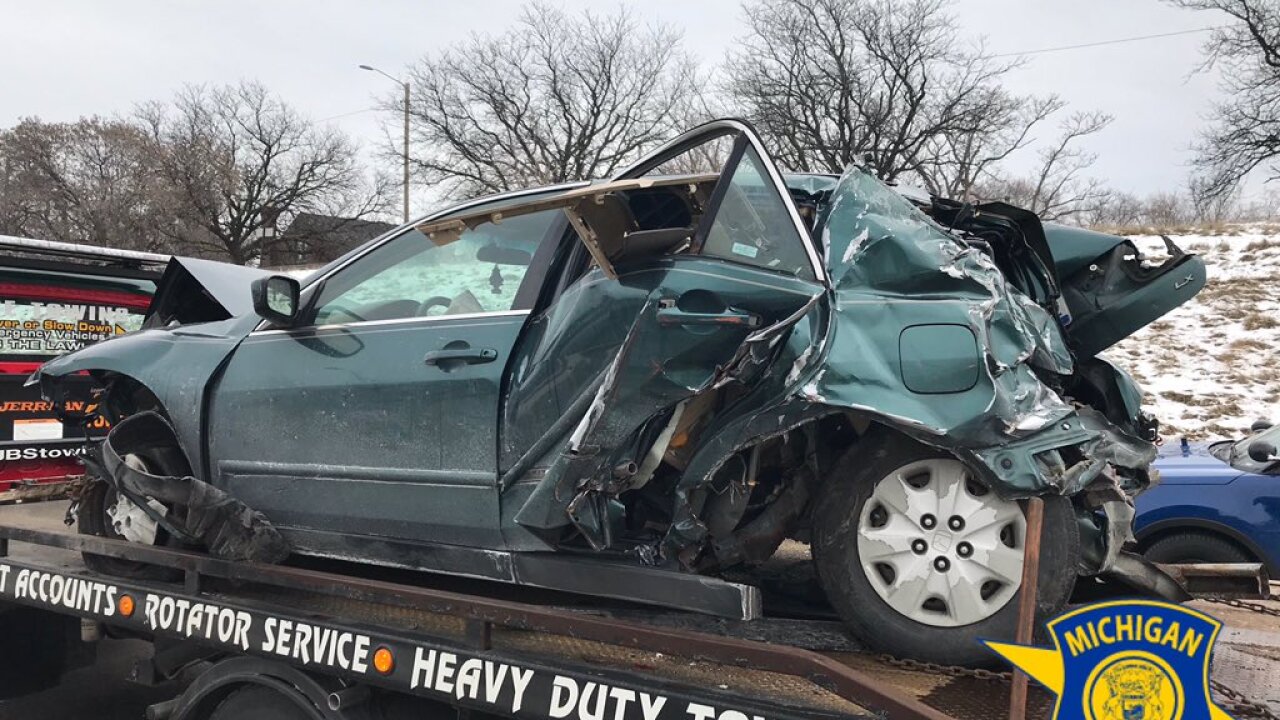 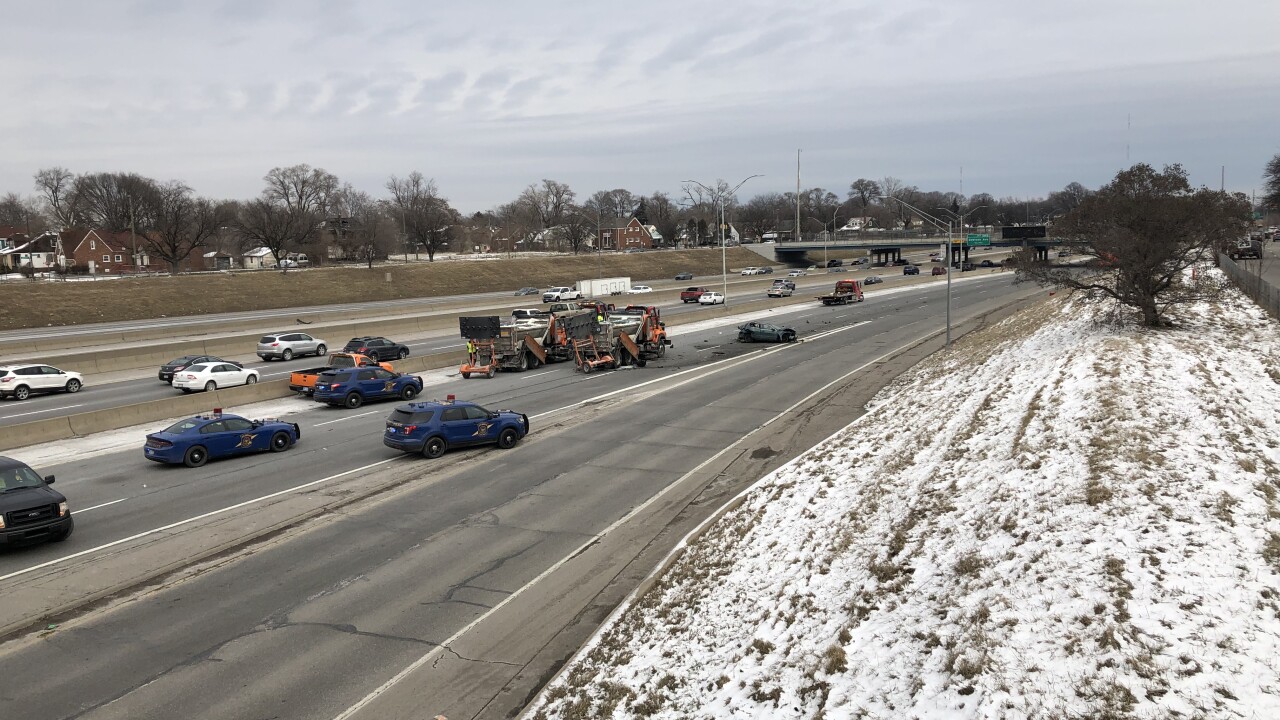 (WXYZ) — Eastbound I-96 at Schaefer in Wayne County has reopened after an MDOT worker's vehicle was struck Saturday morning.

A preliminary investigation found that two MDOT trucks with rolling arrow boards attached were working in the left two lanes.

Witnesses reported that a 4-door Honda was driving carelessly and rear-ended the center lane MDOT vehicle with the driver inside. The green Honda deflected into the right lane and was rear-ended by a semi truck.

Here are some visual reminders of why we tell drivers to slowdown in construction areas. This driver was traveling way to fast and switching multiple lanes. No one was seriously hurt....this time. This crash occurred today on I 96 in the local lanes. pic.twitter.com/IiHBvOTrJR

Troopers say there are no serious injuries in this incident.

MDOT Worker’s Vehicle struck - crash. On 2/15 at approximately 12 25 PM troopers responded to E/B I-96 Local lanes near Meyers in Detroit for a crash.
Preliminary investigation revealed that two MDOT trucks with rolling arrow boards attached were working in the left two lanes. pic.twitter.com/91ETqsvNBJ

The freeway has reopened following cleanup and investigation, troopers say.