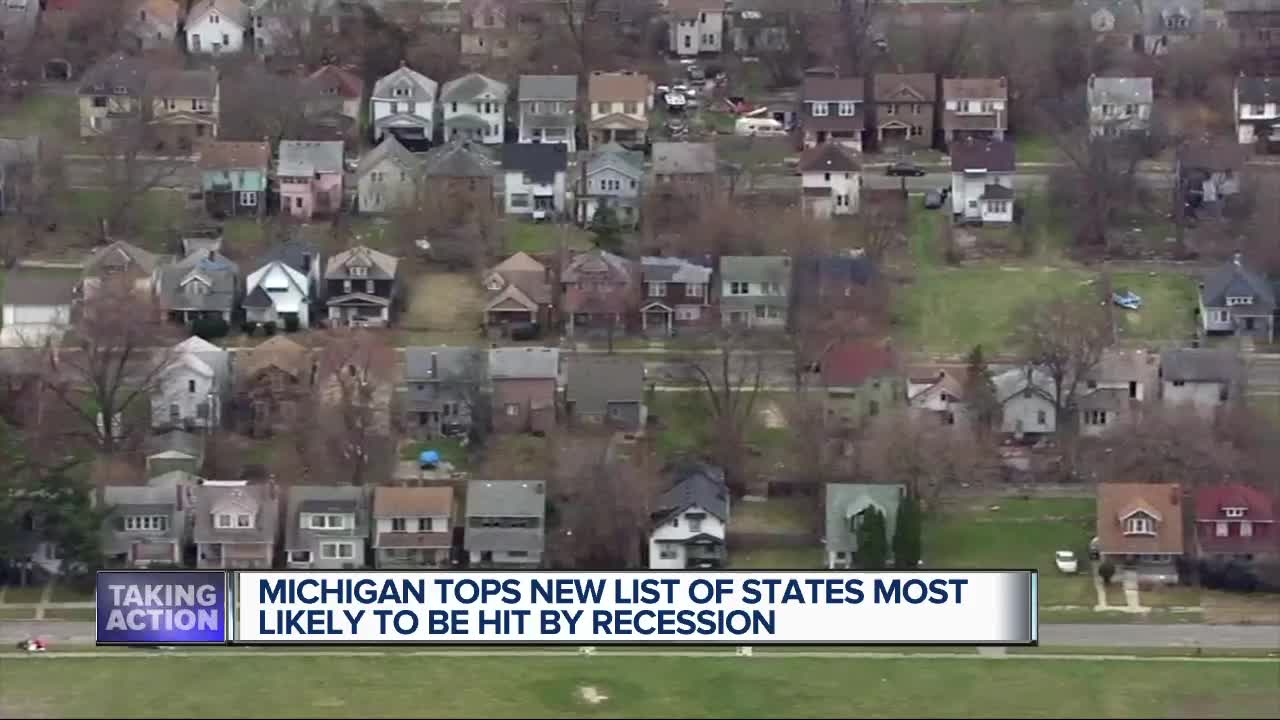 A new report is raising concerns for our economy. The team at Lending Tree analyzed what states are most likely to be hit by a recession. It found Michigan, Hawaii, and Montana are most at risk.

ROCHESTER HILLS, Mich. (WXYZ) — A new report is raising concerns for our economy. The team at Lending Tree analyzed what states are most likely to be hit by a recession. It found Michigan, Hawaii and Montana are most at risk.

Are we headed towards a recession?

7 Action News Reporter Kim Russell sat down with an economist who has been working tirelessly to track our economy to find out what he is seeing.

Jonathan Silberman is an Oakland University professor of Economics and the director of the Southeastern Michigan Economic Data Center.

“For the last few months that has turned down," Prof. Silberman said. "What the indicators show is that the local economy is slowing down. There is still positive growth, but it has slowed down."

He says a recession happens when the economy contracts for two consecutive quarters. If we were in a recession, we would not necessarily know it yet. What we do know is here in Michigan the auto industry relies on global supply chain. There is a global trade war and tariffs with economic consequences.

“I am not ready to say there is a recession or one is around the corner," Silberman said. "What I do think is recessions in Michigan and metro Detroit have been historically very severe."

Still, there is good news. This time it might not be so severe. The reason? The economy has diversified. While auto sales have declined, jobs have seen some growth.

“That leads me to believe the economy is not as sensitive to a decline in auto sales as it used to be,” Silberman said.