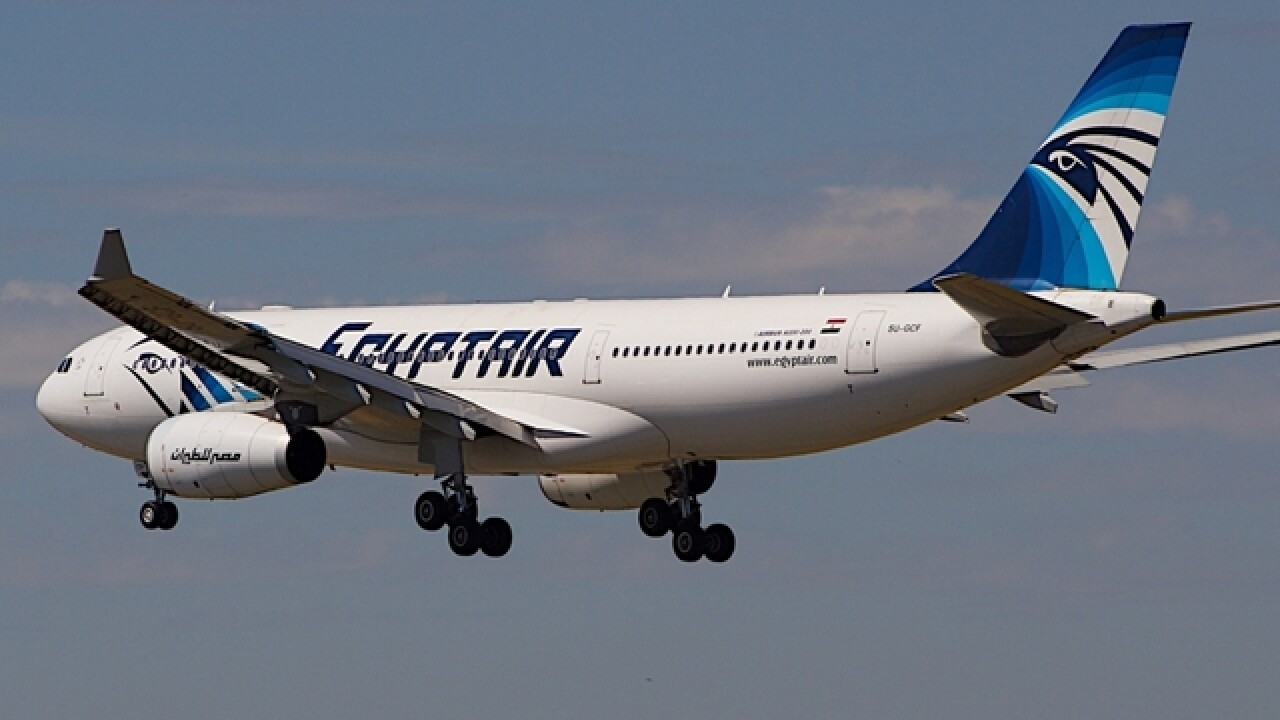 Egyptian air and naval forces have found some of the passengers' "personal belongings" and debris of EgyptAir flight 804, which crashed while carrying 66 passengers and crew from Paris to Cairo, the army said Friday.

The debris was found around 180 miles (290 kilometers) north of the port city of Alexandria, Egyptian army spokesman Brig. Gen. Mohammed Samir said in a statement posted on his Facebook page. Egyptian jets and naval vessels continued to search for further debris from the downed Airbus 320, he said.

A team of Egyptian investigators led by Ayman el-Mokadam — along with French and British investigators and an expert from Airbus — will inspect what the army has found, Egyptian officials said. They spoke on condition of anonymity because they were not authorized to speak to the press.

The plane fell off the radar at 2.45 a.m. local time on Thursday morning while it was crossing the Mediterranean sea.

The office of Egypt's president, Abdel-Fattah el-Sissi, issued a statement expressing its condolences to the relatives of the 66 killed. It said the presidency "expressed its deep regret and sadness for the victims" of EgyptAir flight 804. "God give great mercy and host them in his heaven," it added.

The statement marked the first official recognition by Egypt's government that the missing plane has crashed.

France, Greece, Italy, Cyprus and the UK had all joined the Egyptian search effort, Egypt's defense ministry said. Authorities had been scouring a wide area south of the Greek island of Crete.

It is not yet known what caused the crash.

The Greek Defense Minister Panos Kammenos said that the plane swerved wildly before plummeting into the sea.

The Egyptian military said that no distress call was received from the pilot. The country's aviation minister Sherif Fathi said the likelihood the plane was brought down by a terror attack is "higher than the possibility of a technical failure."

Yet France's foreign minister Jean-Marc Ayrault asserted Friday on France-2 television that there is "absolutely no indication" of what caused the crash.

The junior minister for transport, Alain Vidalies, said on France-Info radio that "no theory is favored" at this stage and urged "the greatest caution."

Amid fears the plane was downed by an extremist attack, Vidalies defended security at Paris's Charles de Gaulle Airport, saying staff badges are revoked if there is the slightest security doubt.

Families of the victims spent the night in a hotel in Cairo while they awaited the news of their loved ones. Egyptian officials said some arrived from Paris late Thursday, among them eight relatives of the 15 French passengers on board the missing jet.