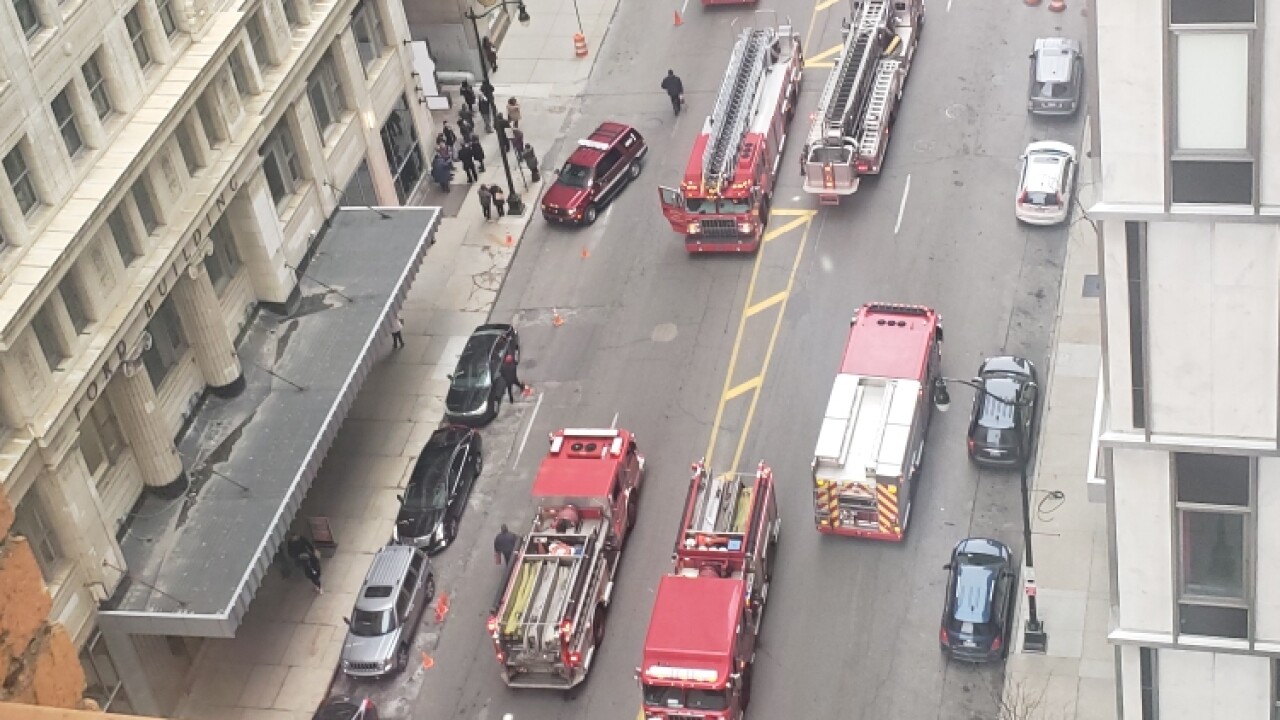 DETROIT (WXYZ) — An apparent electrical fire is out at the Penobscot Building in downtown Detroit.

According to Detroit Deputy Fire Chief Dave Fornell, it's not clear where the fire started or if there were any flames.

There was smoke, according to the department, and the building was evacuated. More than a dozen fire trucks were on the scene on Friday afternoon.