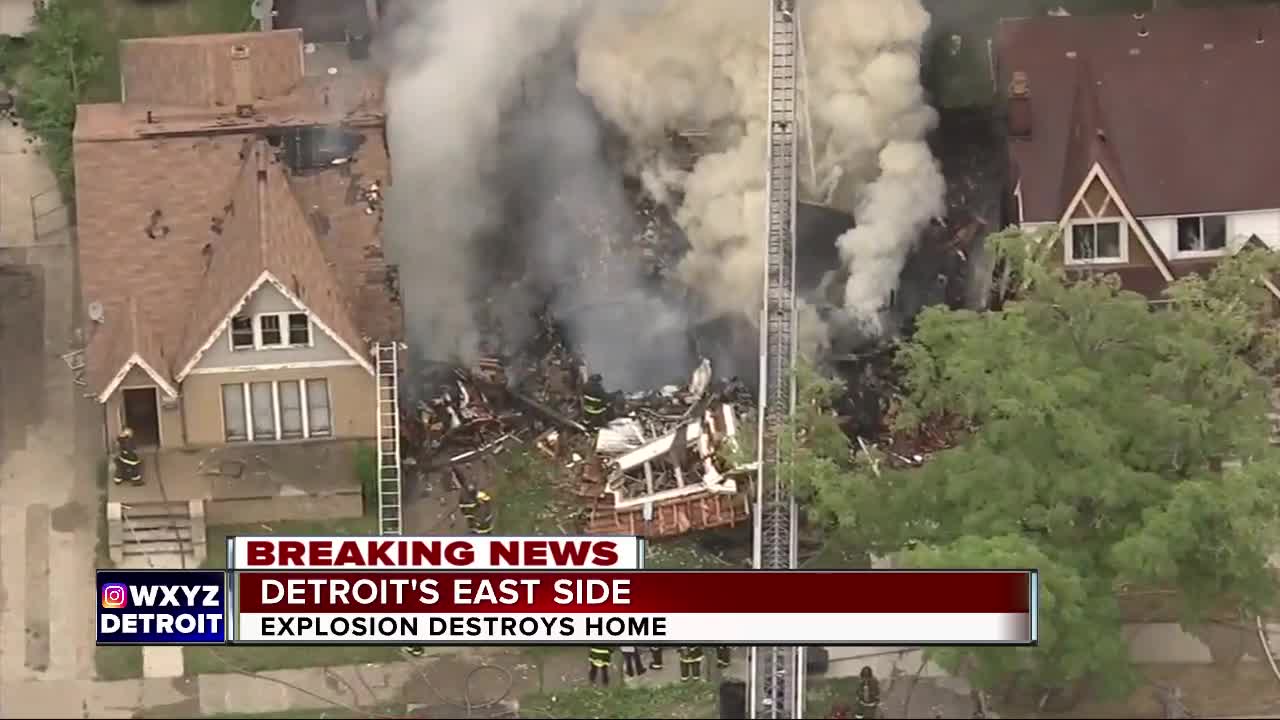 Emergency crews are on the scene of a house explosion on Detroit's east side. 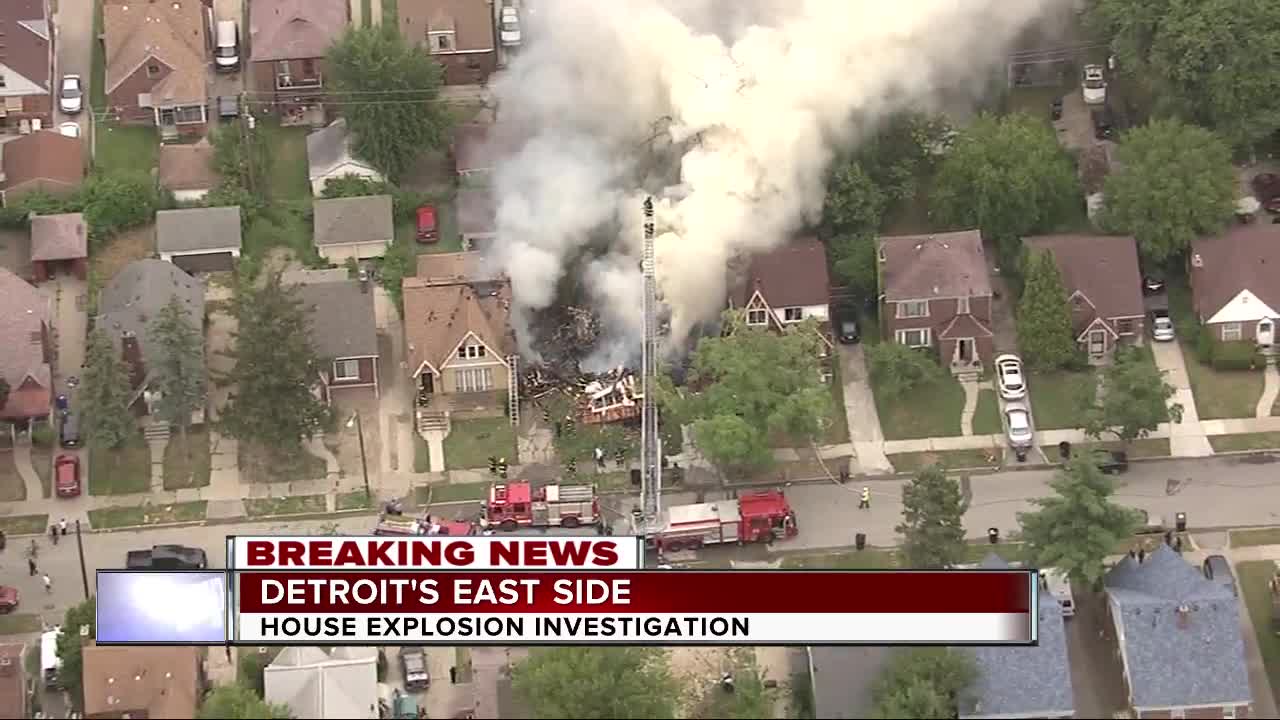 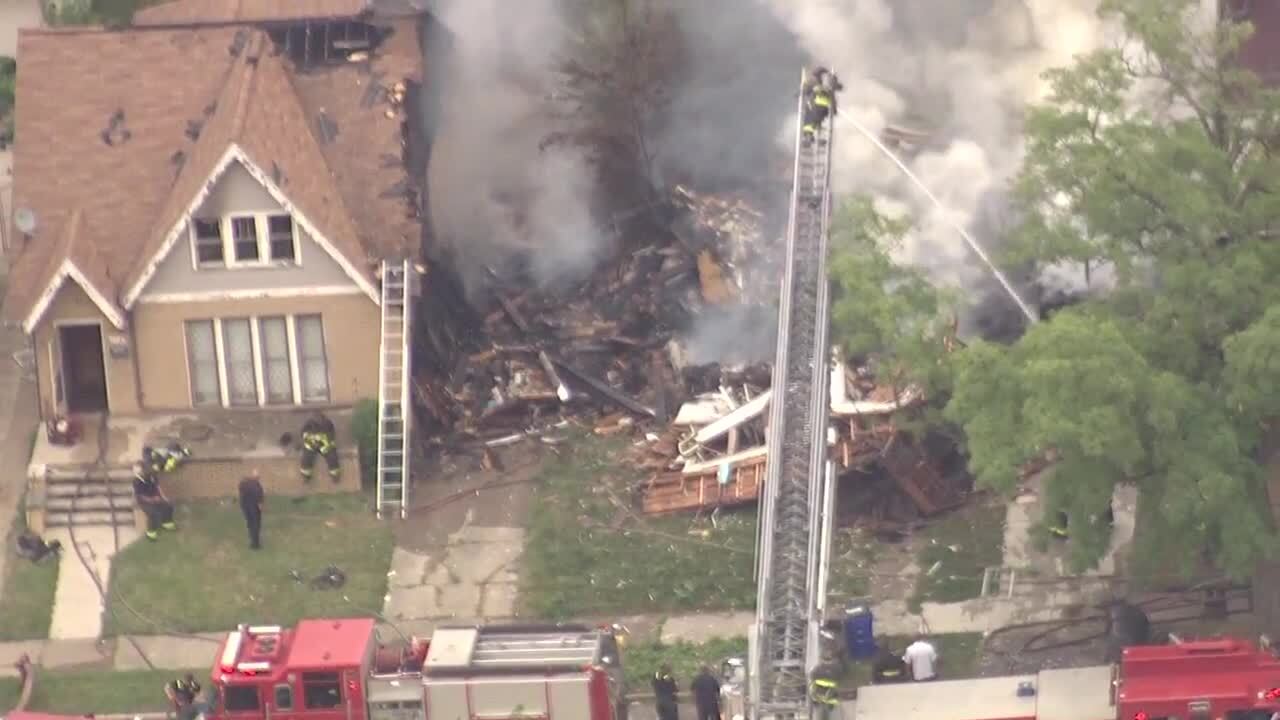 DETROIT (WXYZ) — Emergency crews were on the scene of a house explosion on Detroit's east side on Tuesday.

The home on Haverhill collapsed. Haverhill is located between Outer Drive and Linville. Officials say it was a natural gas explosion, saying it could have been caused by defective plumbing or appliances.

On Tuesday, DTE Energy completed an investigation into the cause of the possible explosion, saying it was not caused by a gas leak as previously suggested.

According to DTE, "all tests have come back normal." The company added that zero gas leaks were found on their equipment, or within the surrounding area.

Deputy Commissioner Dave Fornell told Action News that although DTE confirms there wasn't a leak in the area, further investigation is needed to determine whether there was a leak inside the home.

The full DTE statement is below:

DTE has concluded our investigation and testing on all of our natural gas equipment with the Detroit Fire Department, and all tests have come back normal. Zero gas leaks were found on our equipment or within the surrounding area. Prior to the incident, we received zero calls/reports of gas leaks in the neighborhood. The local authorities and ATF are continuing their investigation.

There were no injuries reported.

Homes on both sides have also sustained some damage due to the explosion.

One firefighter was injured, and went to a local hospital to be evaluated.

7 Action News continues to gather new information and will provide updates on this breaking story.