Eminem talks about his surprise 'Lose Yourself' performance at the Oscars 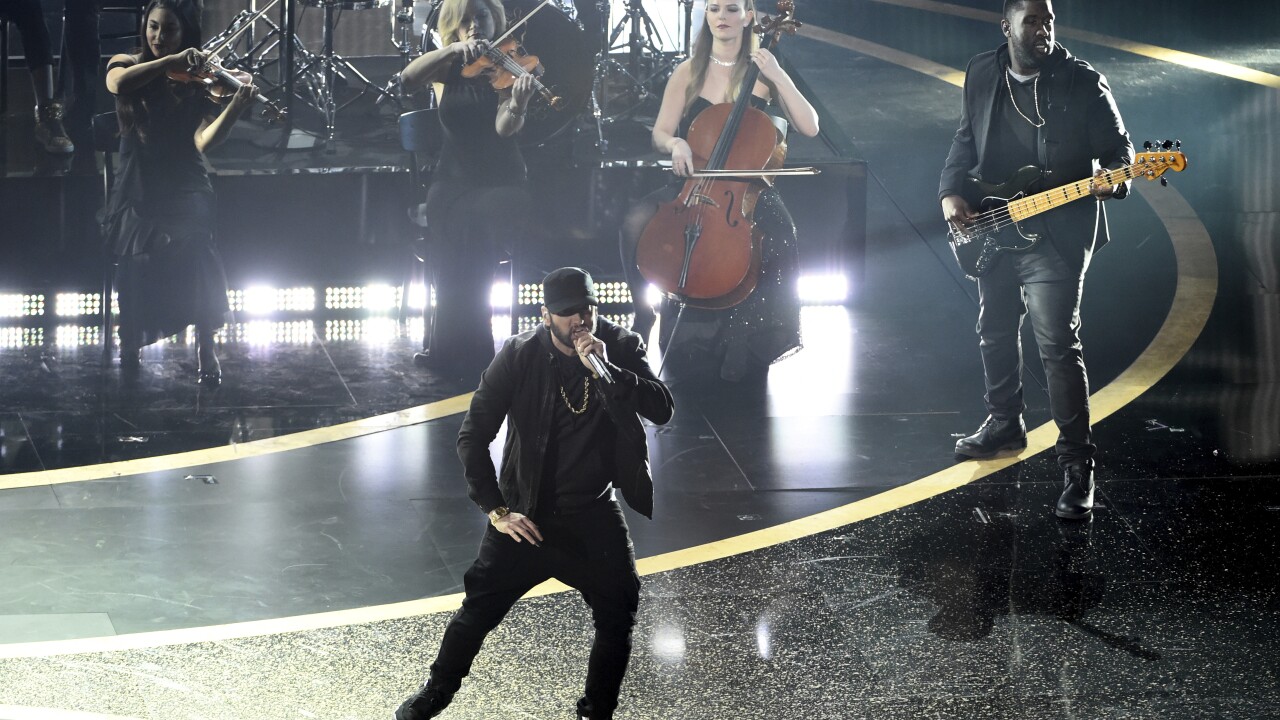 (WXYZ) — Detroit rapper Eminem is talking about why he decided to have a surprise performance of "Lose Yourself" at the Oscars on Sunday night.

He won an Oscar in 2003 for Best Original Song as the song was part of the movie "8 Mile."

In an interview with Variety after the Oscars, he talks about why he performed the song.

According to Variety, Eminem said in 2003, he didn't think it was a good idea to perform "Lose Yourself" at the award show because he had performed it with The Roots a few weeks before during the Grammy's.

There were also several rehearsals.

"We flew in (to Los Angeles) last week, so we probably have four or five rehearsals just to make sure we got everything right. Most of the rehearsals were offsite, not in (the Dolby Theater), just trying to keep it secret," he said, according to Variety.

He also said that it wasn't his idea to keep it a secret, but when he heard the idea, he loved it.

He also said that reports that he didn't perform in 2003 because they wanted him to do a censored version are not true.

"Oh no, that wasn't the case at all, because there's not even that many cuss words in it – there's only a couple. That's not true at all," he told Variety.

As for how he felt when he won, "I was blown back by the fact that I won," he said. "I don’t even think I understood back then that you could get an Oscar for a song, and I remember being kinda confused about why I was even up for one, because as a kid with the Oscars, it was like a vacuum."