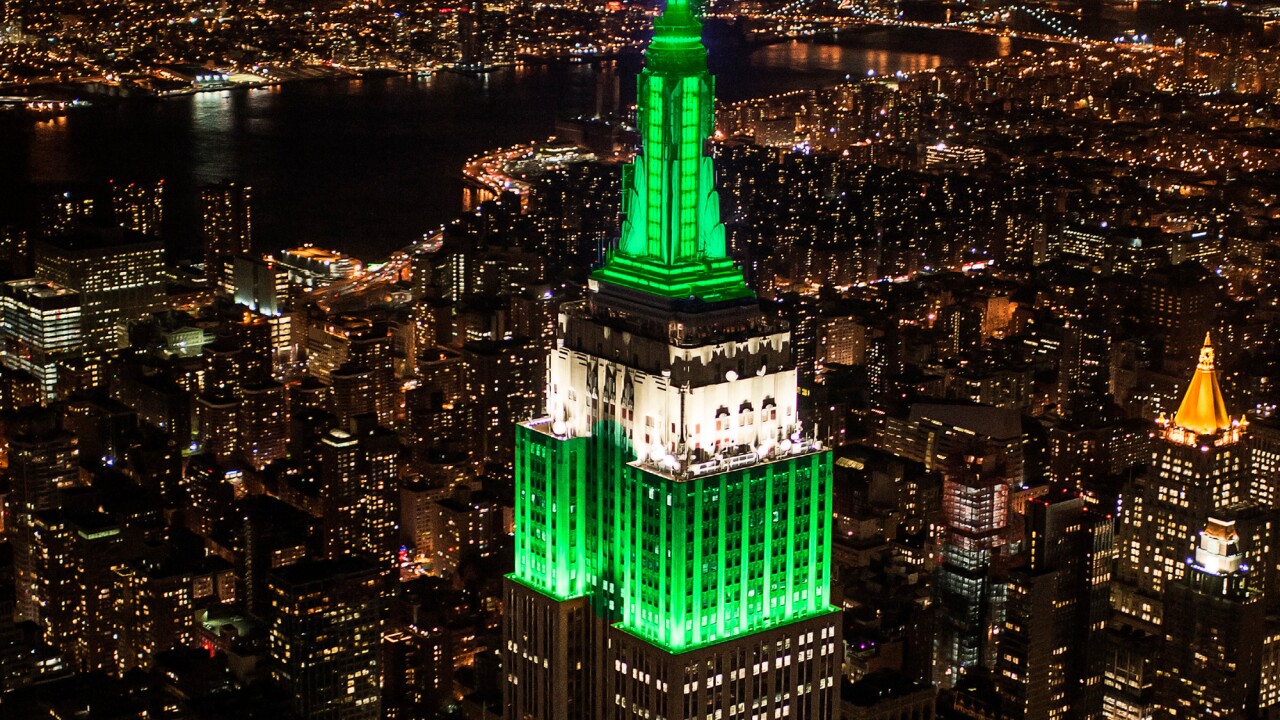 A rotating display will flash each of the four participating schools' colors:

After the first game, the lights will flash in the winning teams' colors for 10 minutes then return to the Final Four rotation. After the end of the second game, "the lights will sparkle 10 minutes for the game winner and then rotate in the colors of the two teams who will face off in the National Championship."