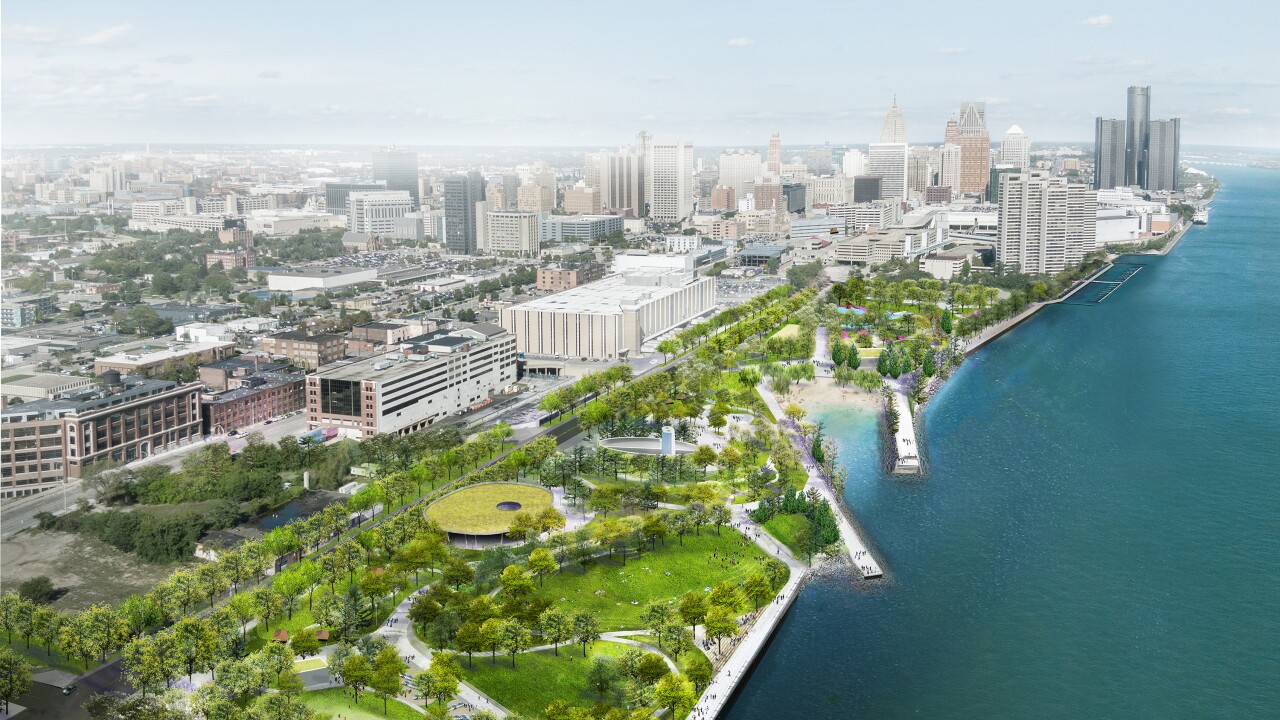 (WXYZ) — The U.S. Environmental Protection Agency has signed a $2.5 million agreement to design a project that will reverse contaminated sediment and create a substantial new habitat at the Ralph C. Wilson, Jr. Centennial Park, a waterfront park being developed in Detroit.

The contaminated sediment is within the Detroit River Area of Concern (AOC). The United States and Canada has identified it as one of 43 toxic hotspots in the Great Lakes basin.

Work will be funded through a Great Lakes Legacy Act cost-sharing partnership with the Detroit Riverfront Conservancy.

“EPA is proud to play a part in the revitalization of Detroit’s waterfront by partnering with the Detroit Riverfront Conservancy to remove legacy contamination, improve habitat and boost economic growth along the Detroit River,” said EPA Region 5 Administrator/Great Lakes National Program Manager Kurt Thiede. “This exciting project advances our efforts to restore the Detroit River Area of Concern and is yet another example of progress being made under the Great Lakes Restoration Initiative.”

The project agreement allows EPA to evaluate and develop a plan to remediate contaminated sediment along the shoreline of the Ralph C. Wilson, Jr. Centennial Park, a 22-acre site located between Rosa Parks Boulevard and Eighth Street along the Detroit Riverfront. Work will also include habitat restoration in a cove that will provide important fisheries habitat for the AOC.

The Detroit Riverfront Conservancy has agreed to contribute nearly $900,000 to the total project cost of $2.5 million.

“We are grateful for the leadership of the Environmental Protection Agency on this important project,” said Detroit Riverfront Conservancy President and CEO Mark Wallace. “The shoreline restoration and habitat that will be created through this project are essential components of Ralph C. Wilson, Jr. Centennial Park. This is a tremendous example of a public- private partnership where local community priorities and investment can be accelerated with the leadership of the EPA.”

In October 2019, EPA Administrator Andrew Wheeler announced the GLRI Action Plan III, an aggressive plan that will guide Great Lakes restoration and protection activities by EPA and its many partners over the next 5 years.