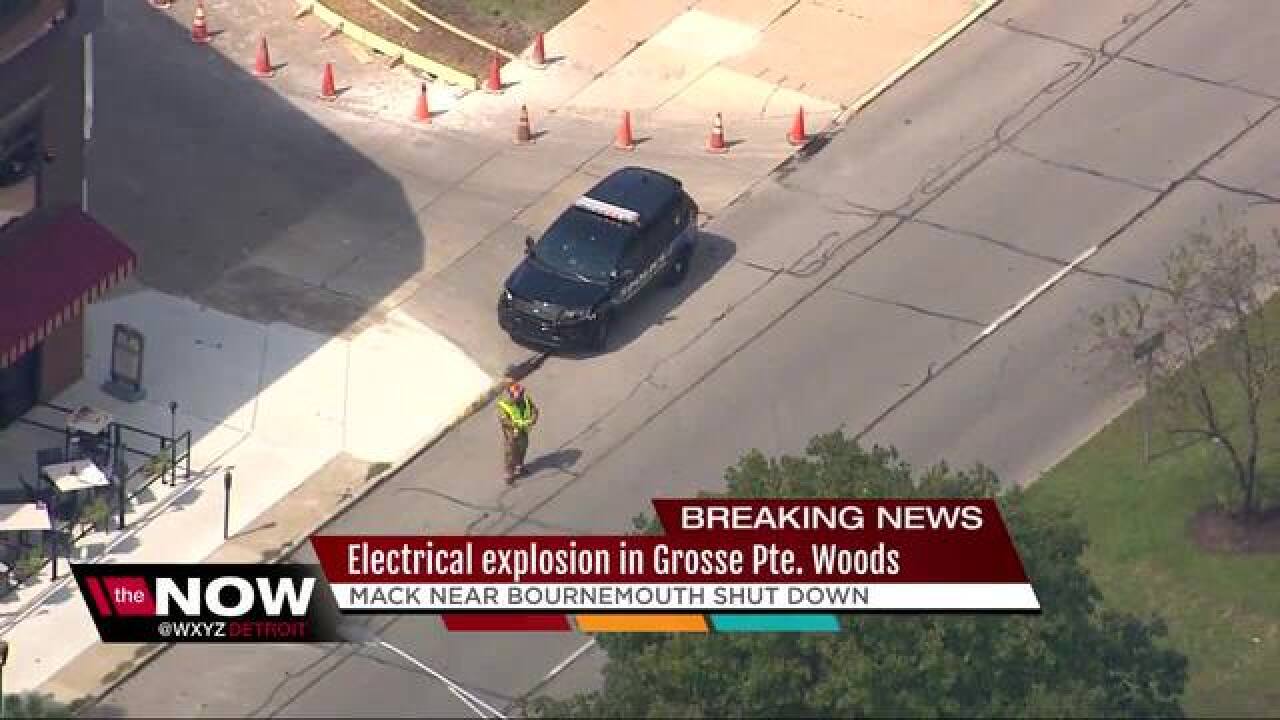 Officials now say the blast blew a manhole cover into the air in the area on Mack Avenue.

They are working on determining the cause of the explosion.

No one was hurt.

Evacuations are underway after an apparent underground electrical explosion in Grosse Pointe Woods.

It's happening in the area of southbound Mack Ave. near Bournemouth Rd., which is just north of Moross.

Right now, it's not clear what caused the explosion but DTE Energy has been notified and is on the way to the scene.

Area businesses near the site are being evacuation.

Between May and June, there were three reported gas leaks in Grosse Pointe Woods, but all were capped very quickly.