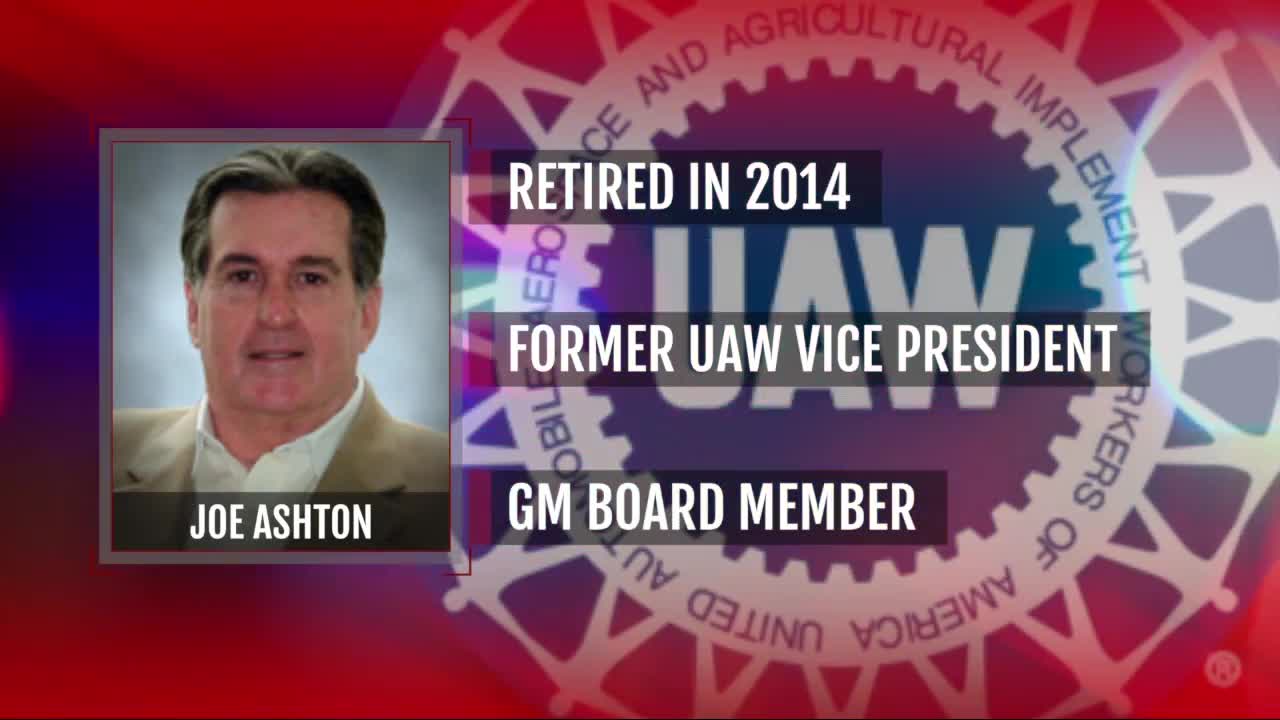 (WXYZ) — Former UAW Vice President Joe Ashton is expected to plead guilty to wire fraud and money laundering charges in connection to the ongoing federal corruption probe into the union.

A plea hearing is scheduled for Dec. 4 at federal court in downtown Detroit.

The UAW released this statement: "Joe Ashton’s actions, as set forth in the Government’s filings, are completely inexcusable and violate UAW’s long-standing standards of conduct put in place by former leaders like Walter Reuther. The UAW remains focused on negotiating and finalizing strong contracts for our members, especially during this round of auto negotiations."

In a statement, General Motors said, "GM is deeply disturbed by Joe Ashton’s alleged criminal conduct. GM was not aware of this illegal activity until it was recently revealed by the government’s investigation, or that he allegedly continued to benefit from this conduct after the UAW Retiree Medical Benefits Trust (VEBA) appointed him to the GM Board, a position he resigned in December 2017."