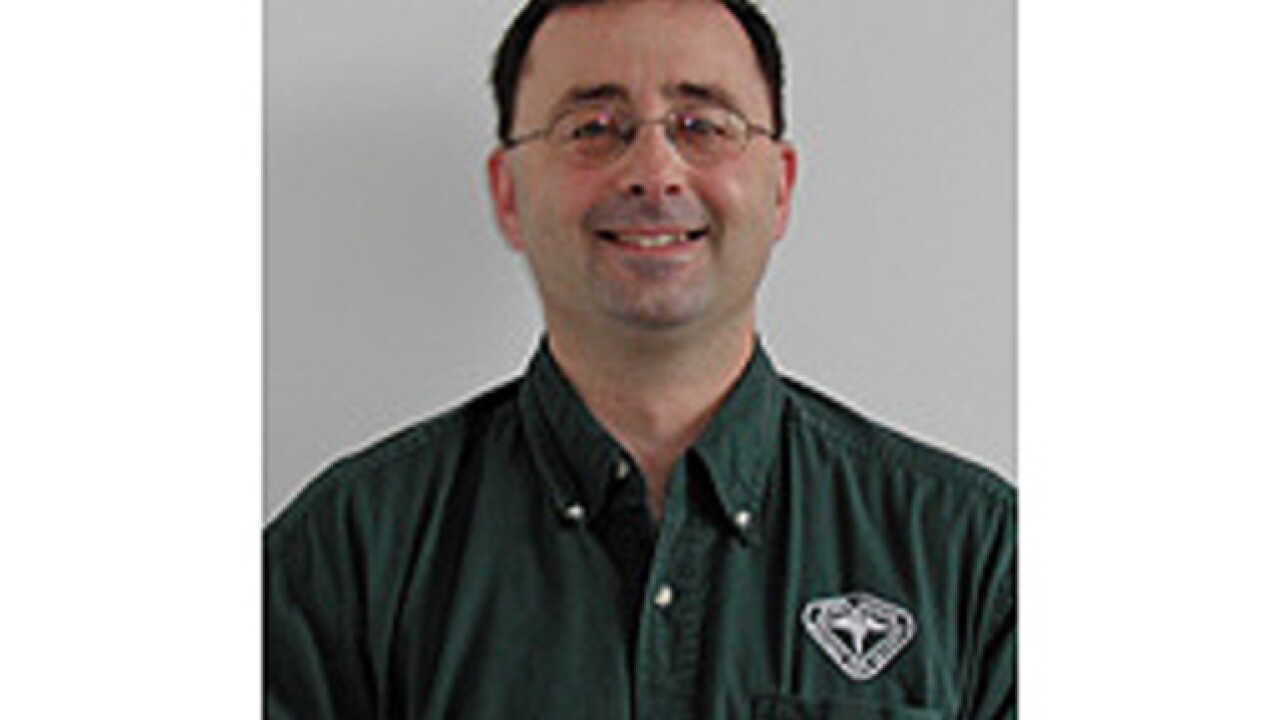 Larry Nassar was arrested by the FBI in Ingham County, according to documents unsealed in federal court on Friday.

Last month, Nassar was arraigned in Ingham County’s 55th District Court on three counts of criminal sexual conduct with a child under the age of 13.

The 53-year-old is well known for his work as an associate professor at the Michigan State University College of Osteopathic Medicine and as the team doctor for USA Gymnastics through four Olympic games.

His legal troubles started earlier this year with two complaints independent of the charges.

A former gymnast filed a police complaint at Michigan State University against Nassar. She said she was treated by him when she was a teenage gymnast. She said he sexually assaulted her.

Another anonymous gymnast filed a lawsuit in California. The suit said the gymnast received treatment as a medal winning Olympic competitor. It suit accuses Dr. Nassar of sexual abuse. It says he performed bogus treatments that involved vaginal penetration.

After news broke of that suit and complaint numerous other people came forward to police. One of them is the “Jane Doe” connected to the new charges.

Nassar was  arraigned an 3 counts of first degree criminal sexual conduct with a child.

“These are allegations and charges involving a minor who was 6-12 years old at the time. She is now an adult,” said Angela Povilaitis, a prosecuting attorney with The Michigan Attorney General’s Office.

The alleged criminal sexual conduct happened between 1998 and 2005 at Dr. Nassar’s home near Lansing. The girl was not a gymnast.

Dr. Nassar’s defense attorney said she is waiting to find out who the accuser is, but that the fact the alleged incident happened at Dr. Nassar’s home doesn’t mean she wasn’t a patient.

"Dr. Nassar was the kind of doctor you could call and say I am in pain. I need help. He would say stop by. I will treat you real quickly and get you out the door. That is exactly what he did over and over again as favors to his patients,” said Shannon Smith, Dr. Nassar’s defense attorney.

Smith says this is all a misunderstanding. She says Dr. Nassar performed a unique medical treatment that involved penetration but was not sexual.

“Dr. Nassar was doing manipulative techniques that involved penetration,” said Smith. “He showed the police the videos of him doing those techniques. We are uncertain if the patients are confused, if they don’t know what was done to them, or if the media has mislead them to believe something nefarious was done,” said Smith.

Attorneys with the Michigan Attorney General’s Office asked the judge to deny bond and prevent him from returning to his house where his family lives.

“He has children at his home. It is important for the court to know there was an allegation by CPS that there was misconduct at his house. He was vindicated,” argued Matthew Newburg, a defense attorney for Dr. Nassar during the arraignment.

“We think it is reasonable with the nature of the charges that he not have any contact with minors,” said Povilaitis. “The fact he was vindicated just means there was not a disclosure judge.”

“I don’t know the value of the proofs in this case and feel uncomfortable denying bond based on that,” said Magistrate Mark Blumer.

Investigators say more than forty people have come forward and said they experienced this “treatment” or “criminal sexual conduct.” It is unknown whether there will be more charges filed.