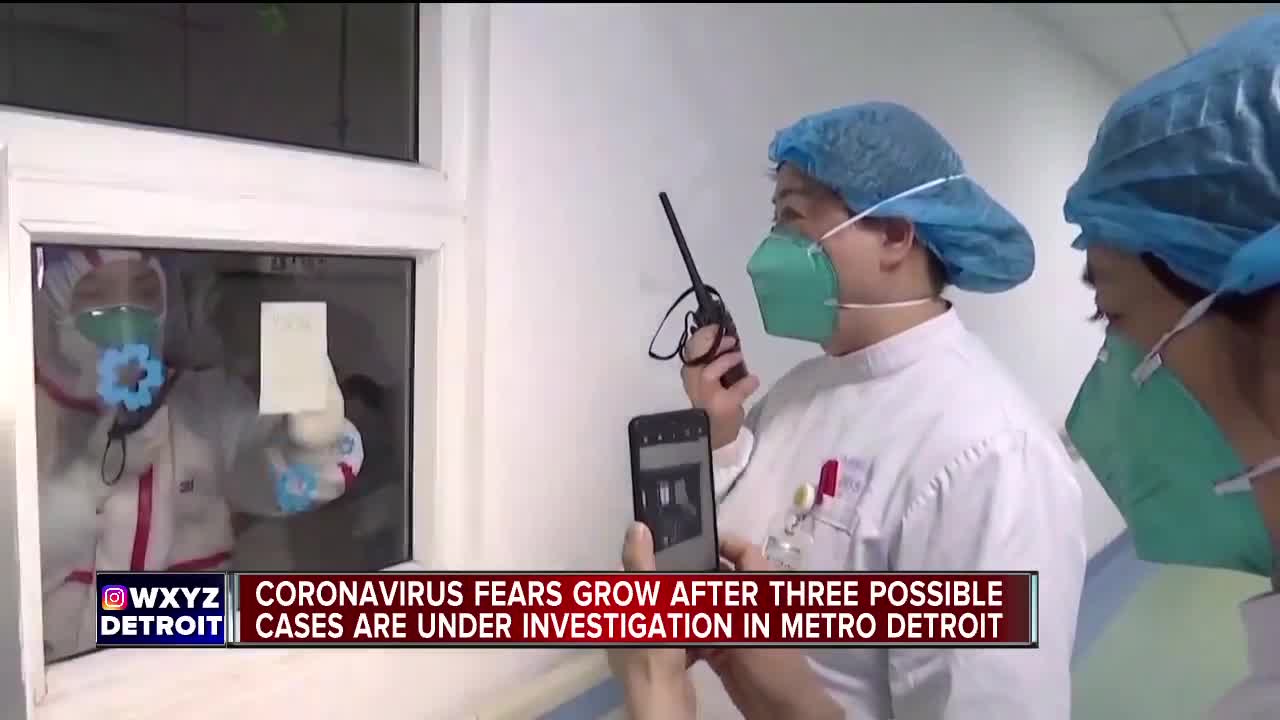 Health leaders from around the world are continuing to monitor the spread of the coronavirus, now responsible for the deaths more than 2 dozen people in China. 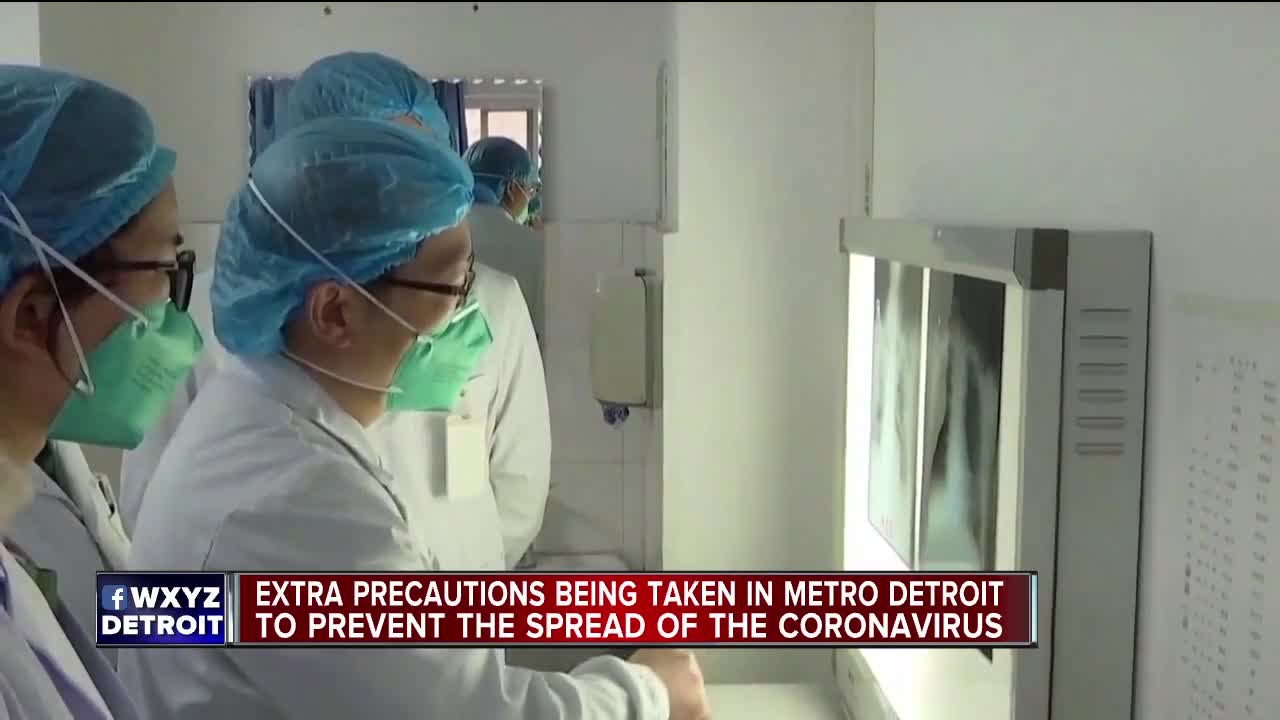 DETROIT (WXYZ) — Health leaders from around the world are continuing to monitor the spread of the coronavirus, now responsible for the deaths more than 2 dozen people in China.

The outbreak started in the city of Wuhan.

Two cases of the virus have been confirmed in the U.S — one north of Seattle and another in Chicago.

Tonight, we’re learning the CDC is testing 3 people from metro Detroit for the virus.

Infectious disease specialist Dr. Marcus Zervos stresses that unless you’ve traveled to the affected region in China, or you’ve been near someone who has, your chances of exposure are very low.

The virus is contagious person-to-person, so it’s a good idea to wash your hands and the obvious here — avoid travel to Wuhan for right now.

Zervos was just in Wuhan in November as part of his job with the Henry Ford Health System.

That’s the city of Wuhan’s emergency response to the outbreak of the coronavirus, something Dr. Marcus Zervos with the Henry Ford Health System says presents a lot like the flu. It can also cause fever, cough, and shortness of breath.

“For people in Detroit the risk of getting the infection is very rare. It requires travel to China or being exposed to somebody who has been exposed to the virus or has infection with the virus,” says Zervos.

The CDC is now testing 3 people from metro Detroit for the highly contagious virus. But Dr. Zervos says Henry Ford, nor Wayne State where he also works, has been made aware of any extra precautions or concerns related to the virus.

“It’s a new virus, it’s something we don’t have immunity to. And in that way, it can spread possibly pretty easily between people,” says Zervos.

In response to the outbreak, U of M has issued a travel warning for china, and restricted travel to the province where the outbreak started.

Michigan State also sent out a memo to students — saying that their following CDC and WHO guidelines, but that at this time no programs are affected.

Symptoms of the virus may appear between 2 to 14 days after exposure, and those with weaker immune systems are most at risk,

But Dr. Zervos says for the average metro Detroiter who hasn’t been to that region of China, their biggest health risk this time of the year, should be the flu.

Right now, there is now vaccine for the virus.

Coronavirus normally starts in animals and then is transmitted to humans.

In this case, it started at a seafood market in Wuhan. And again, it’s shared person-to-person, so that’s why you see so many people in china, especially using public transit, wearing those face masks.

Zervos says that’s not a precaution he thinks is necessary here.