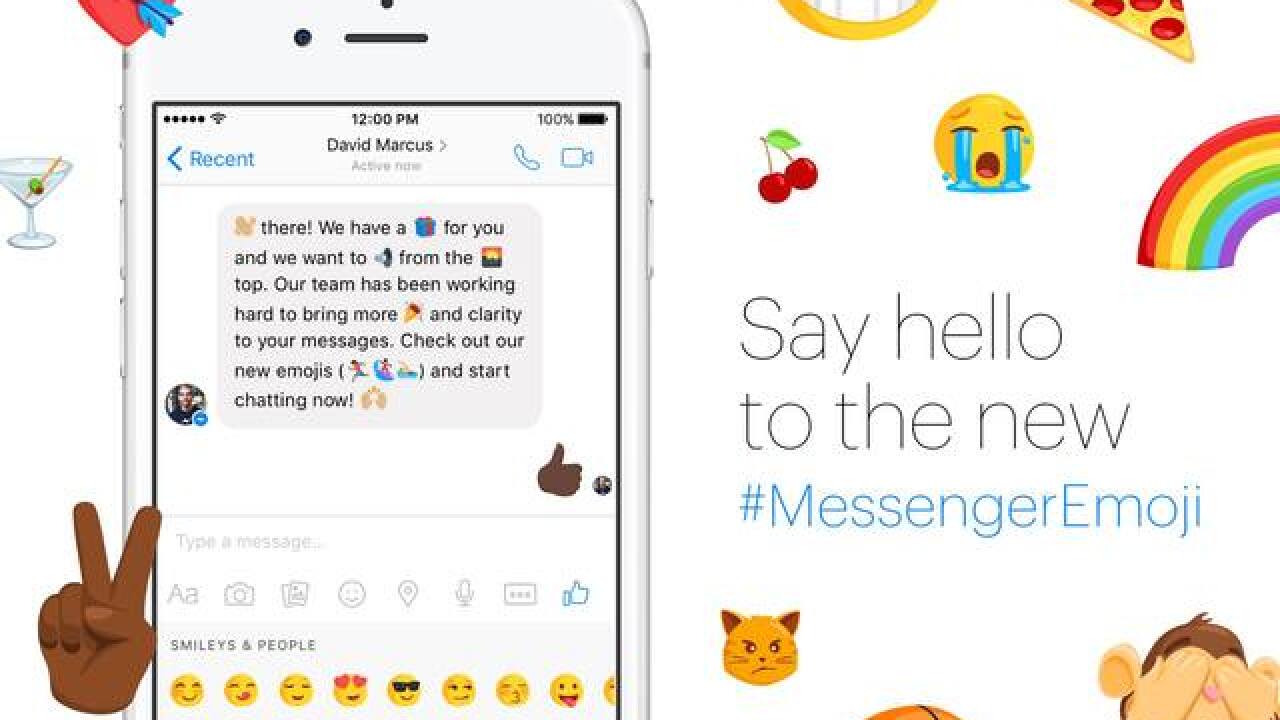 Messenger, in an effort to make "emojis more representative of the world we live in," is rolling out hundreds of diverse characters.

Starting today, you should be able to access the more than 1,000 newly designed emojis.

The new library in the messaging app will let users choose from various skin tones and characters with more diverse gender options, according to Messenger. You'll soon see a female police officer, runner, pedestrian and swimmer.

Red heads will now have their own emoji, too.

Jeremy Burge, founder of Emojipedia, has cataloged the new additions. You can check them out here.

What's more, these emojis are standardized. Meaning, whether the recipient is on Android, iOS or another platform, the emojis will look exactly the same as the one that was sent.

Sometimes, the characters can get lost in translation between different devices.