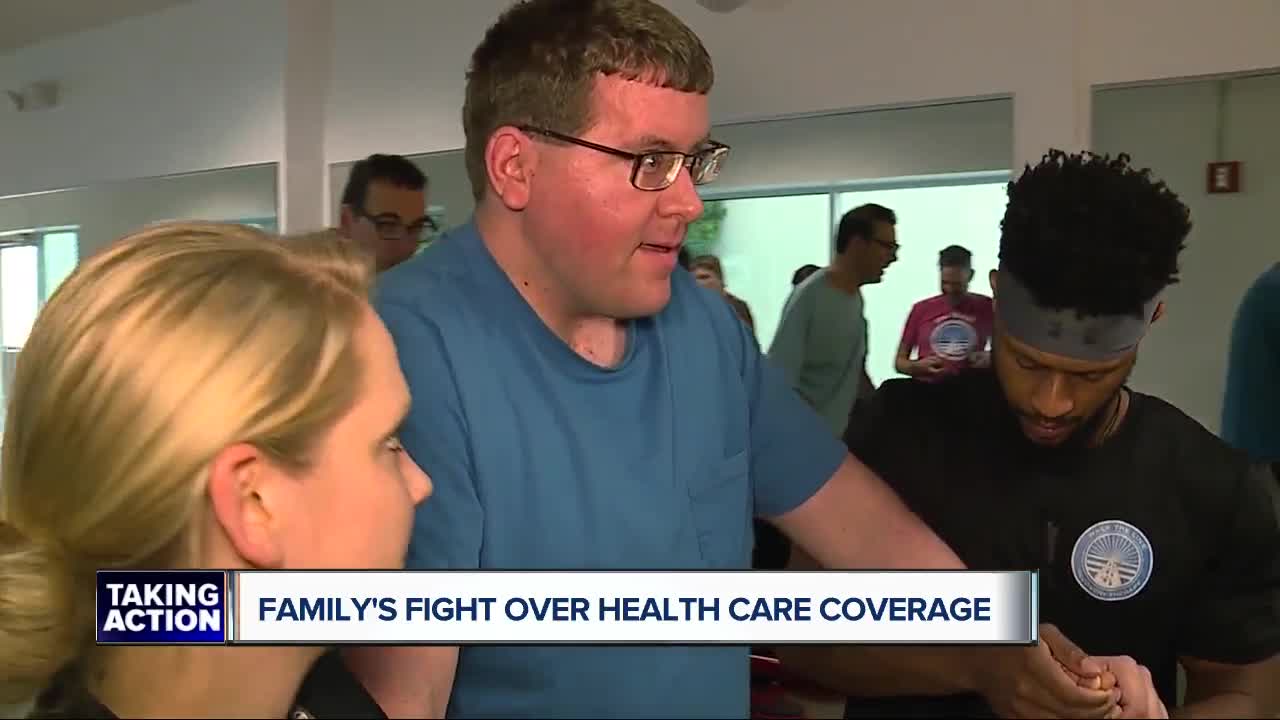 Imagine your loved one is healthy one minute and within a blink of an eye.. they have a traumatic injury.

(WXYZ) — Imagine your loved one is healthy one minute and within a blink of an eye they have a traumatic injury.

It happened to one local family, and while they thought their insurance would cover their son's long road to recovery, they're now fighting to keep that coverage going.

Their son Steve, a graduate of the University of Michigan and a die-hard Wolverine, is the picture of good health but another trip with his buddies would take a drastic turn.

"We got a phone call that said, 'Your son is in surgery. You need to get here now. We do not know if he's going to be alive when you get here.'" Rob said.

A freak slip and fall on the steps of the Lincoln Memorial would leave him in a coma, with a traumatic brain injury.

"We all went into shock, put a few clothes in the bag, flew to Maryland and we stayed there for three weeks," Linda said.

At first they thought he would die or become a vegetable, but like Bob Woodruff, who suffered a traumatic brain injury covering a war for ABC News and who autographed his book for Steven, he survived.

Steven needs physical therapy, a wheelchair and aid from his parents, and thanks to his mom's health care, Steven would have unlimited coverage with her Medicare Plus Blue Plan. That means no limits on care recommended by Steven's doctor.

"We have one of the best plans out there and its not pretty you're only good until they try to take it away and companies like Evi Core are going to flourish," Linda said.

"We discovered some of the services that Steven was receiving were reasonable medically necessary according to those standards Medicare gives us, our experts determined others were not," Dr. DiFranco said.

At times, the Percha family had to pay for their son's therapy out of pocket, which amounted to more than $30,000.00.

"The reason the process exists is for disagreements between clinical experts between health plans and members and for those disagreements to work themselves out," Dr. DiFranco said.

Linda added, "Blue Cross should honor the plan our plan that does not have limits and Medicare says the treating physician has the weight and this is the one we listen to."

It's been a hard fought battle, lasting about two years.

"I applaud Steven's family, his mom and dad for working the process and for taking it through, that's what we want our members to do."

Ultimately Blue Cross had to reimburse them and approve three months of therapy 3-to-5 days a week.

Dr. DiFranco says, "as far as we know all of the services that they wanted Steven to have are now being rendered and being paid for." Dr. DiFranco said.

Still what scares them the most, his therapy has to be approved monthly and if it's deem he's not making adequate progress toward recovery, his therapy can be canceled all together. Something they believe will cause him to drastically regress, and something they will fight against until their dying day.

"We just do what we have to do and we look for ways for making it better," Linda said.

The Percha family will find out on Sept. 14 if Steven's therapy will be able to continue as it is now. While they know Steven will never fully recover, they want their son to live life to the fullest and have access to all of the care promised in their plan to prevent him from regressing.