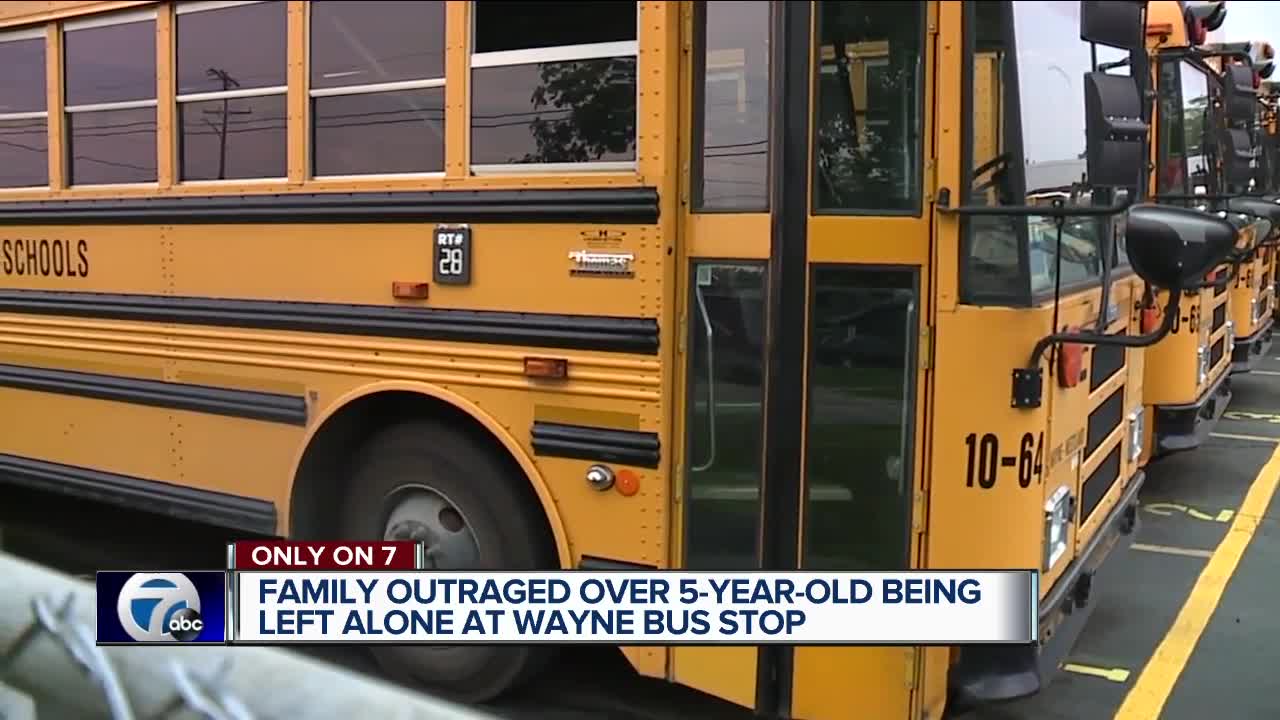 A Wayne-Westland Community Schools' parent claims the district violated their own policy after they left her Kindergarten son alone at a bus stop.

WAYNE, Mich. (WXYZ) — A Wayne-Westland Community Schools' parent claims the district violated their own policy after they left her Kindergarten son alone at a bus stop.

Vanessa Beckesh claims her 5-year-old son was let off the school bus on Monday without a parent or guardian.

He attends Hoover Elementary in Wayne.

Beckesh said a transportation employee apologized after the incident. However, she believes the driver should be fired.

The bus stop is along Michigan Avenue near the Wayne Apartments. Beckesh said the family lives in another apartment complex next to the bus stop.

Since Monday evening, Action News has reached out to several school officials for comment about the incident. However, the district has not yet released a statement or confirmation of the incident.

The school board president David Cox deferred Action News to the districts director of communications, who has not returned our calls.