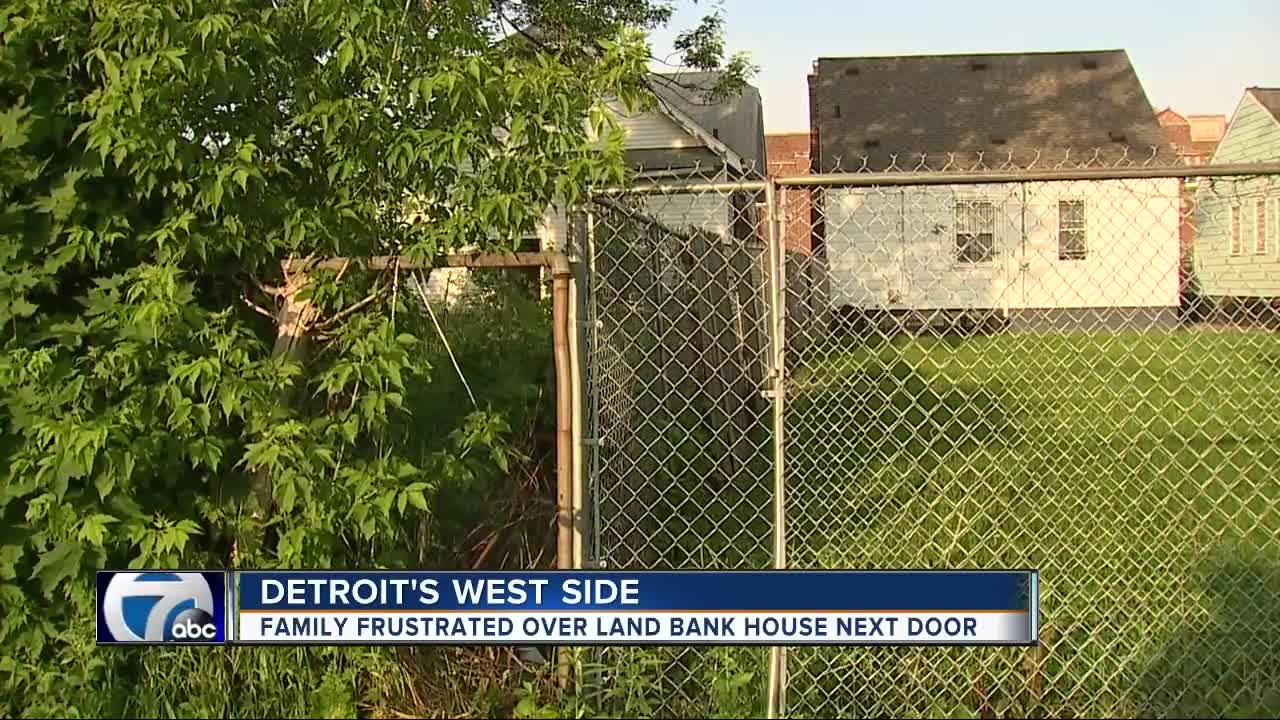 A 7 Action News viewer fed up with a neglected home next door called us to get answers. The property is owned by Detroit Land Bank Authority.

DETROIT (WXYZ) — A Detroit homeowner wants answers about a property next door owned by the Detroit Land Bank. He contacted Action News for help after he said he reached out to the city.

Ezaviar Cash has lived on Pinehurst on Detroit's west side for his entire life. He resides at the home his family owned as a child.

"I honestly feel for the area because it’s been so neglected," Cash said.

There's an abundant amount of grass and weeds overgrown in the backyard of his neighbor's home. It's also a dumpsite for trash and debris.

"We was just recently listed as one of the most dangerous neighborhoods in the city of Detroit," Cash said. "It’s starting to look like a jungle."

Detroit Land Bank has more than 25,000 vacant homes and lots across Detroit. A spokesperson said, about $3 million is allocated to lawn care. However, the funds do not cover backyards of properties.

"We're talking actively with the general services department today to find out what kind of service we may be able to provide for the backyard, to get some relief for this neighbor," said Detroit Land Bank spokesperson Alyssa Strickland. "We do really care."

Cash said his family suffers financially to keep up a property that they don't even own.

"We need someone to help," he said. "We help them. We’ve been helping."

The abandoned property on Pinehurst will go on the market next week, according to The Land Bank.

If you have issues related to a dilapidated property report it to Detroit's Department of Neighborhoods.

Need to know if a house is owned by Detroit Land Bank, click here.