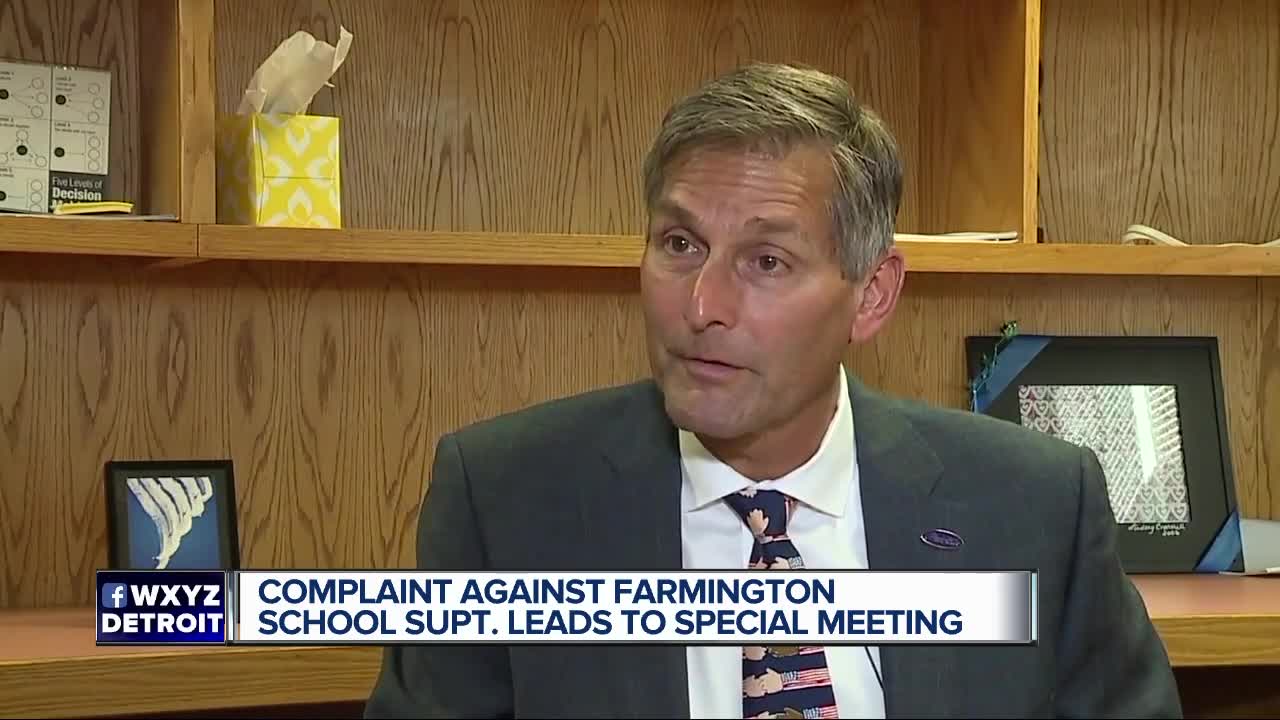 Farmington Schools held a special committee meeting over the holiday break to make a decision on a complaint lodged against its superintendent.

FARMINGTON, Mich. (WXYZ) — Farmington Schools held a special committee meeting over the holiday break to make a decision on a complaint lodged against its superintendent.

"Shortly before our Dec. 5 meeting, we had a complaint come in that we needed to evaluate," said Terri Weems, Farmington Schools Board president.

Farmington Public Schools Board of Education President Terri Weems says she didn't want to wait until the next meeting on Jan. 15 to address the complaint against Dr. George C. Heitsch, the retiring superintendent.

"There isn't a specific violation of policy or anything that I can point to," Weems said. "Just a general feeling of anxiety and not being treated fairly."

Weems added that the next step is whether or not to move straight to discipline.

"It's to decide whether we move straight to discipline which we decided we didn't have enough to do," she said. "What we think we’ll do is refer to an outside counsel and get their help in recommending to us what the next steps ought to be."

The complaint is the second against an administrator in a matter of months. The first happened back in late September. The Harrison High controversy after an assistant principal said the school's cheerleaders looked like strippers. Then a month later, the former school board president Jim Stark resigned with a letter calling out the behavior by some on the board as below standard. And finally, the announced retirement of Heitsch earlier this month. A plan to find his successor is another reason for the special meeting.

"We agreed to meet over the holiday period today at Craft Brew City, which would be a nice place to have a social event and just talk through some of the things we need to bring back to the board Jan. 15," Weems said.

The committee Thursday did review a letter from the superintendent in response to the complaint. Action News requested that letter and we also reached out to superintendent Heitsch for comment but have not received a response.