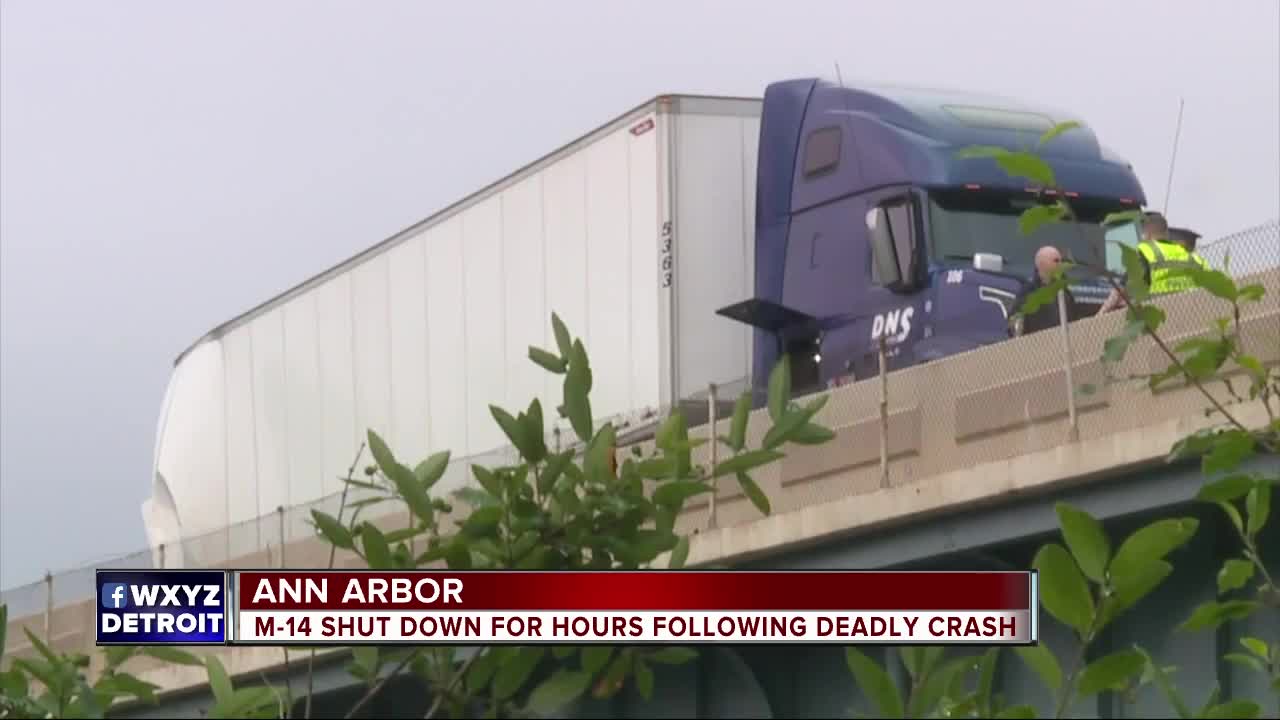 One person is dead after a crash involving a semi on eastbound M-14 at Barton Dr. in Ann Arbor. The crash happened after 5 a.m. on M-14, and officials say the highway is still closed and is expected to be closed for several more hours. 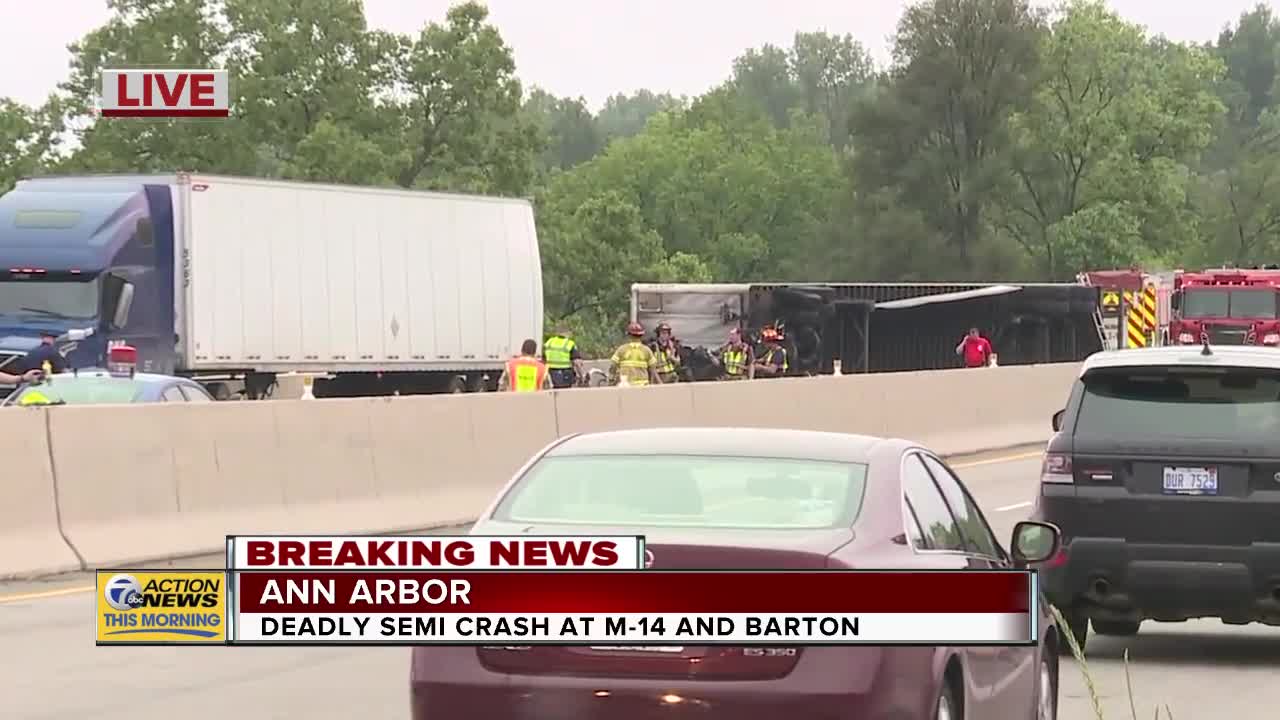 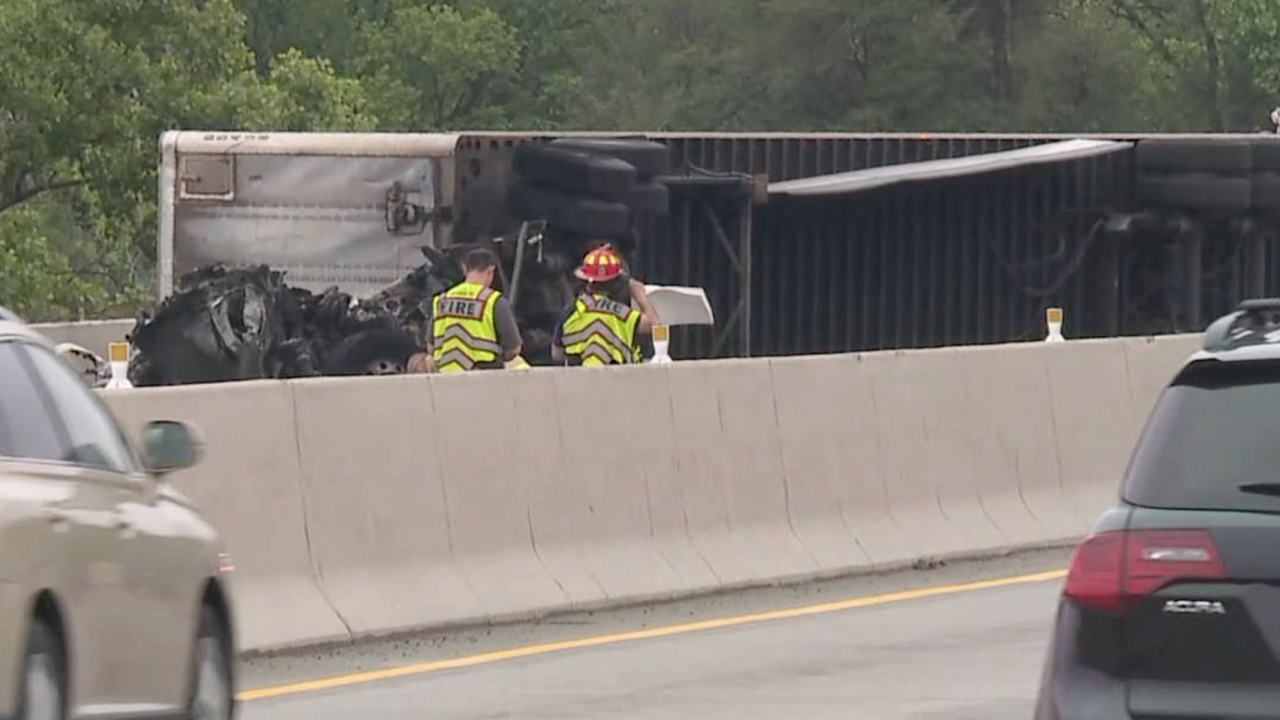 ANN ARBOR, Mich. (WXYZ) — One person is dead after a crash involving multiple semis on eastbound M-14 at Barton Dr. in Ann Arbor. The crash happened after 5 a.m. on M-14, but roads have since reopened to traffic.

According to the Ann Arbor Township Fire Chief, the crash also caused some diesel fuel from the semi to leak into the Huron River. They do have booms in place to catch the fuel in the river.

One semi hauling auto parts has jackknifed during the crash and that driver died, officials tell 7 Action News. Crews say the truck driver was trapped inside the cab of the semi when it burst into flames.

Once it was contained, the fire chief said a private contractor will come in with HAZMAT to get the fuel.

Right now, it's not clear what caused the crash, or if there are any other injuries.

Bad situation under the bridge — this is what we THINK is gas based on the smell at the Huron River. @wxyzdetroit pic.twitter.com/zI9suofL9z