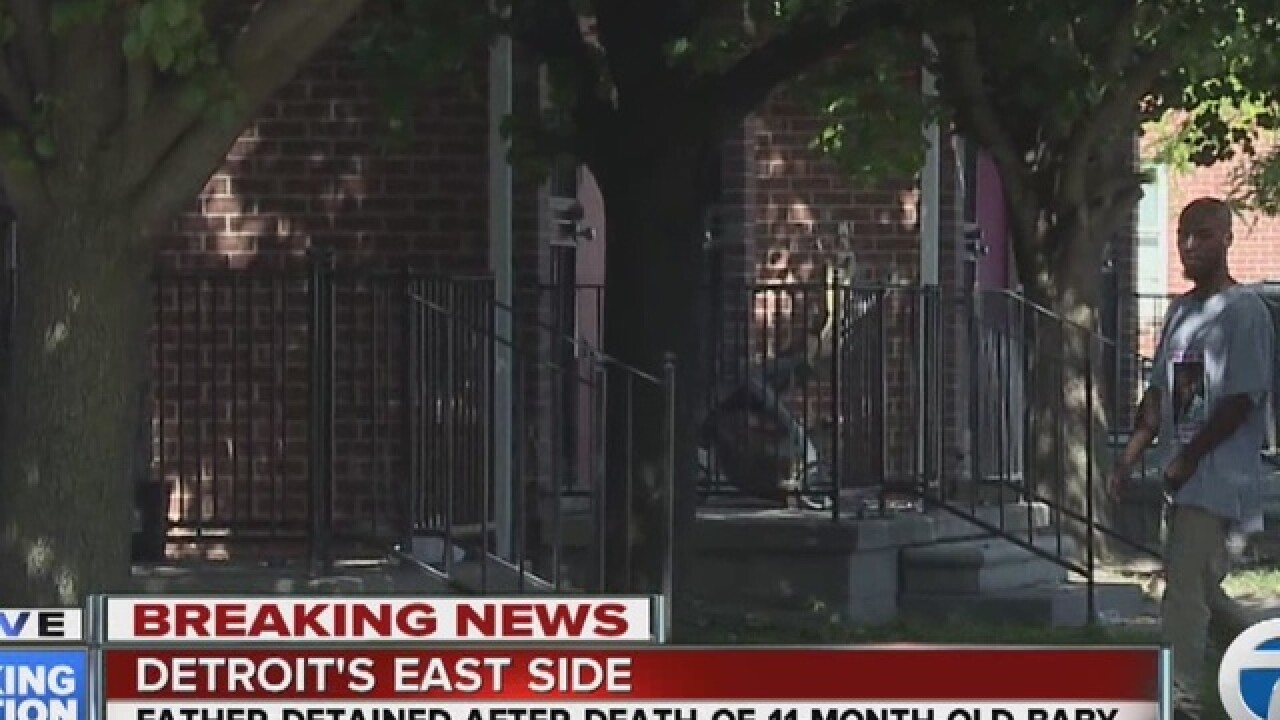 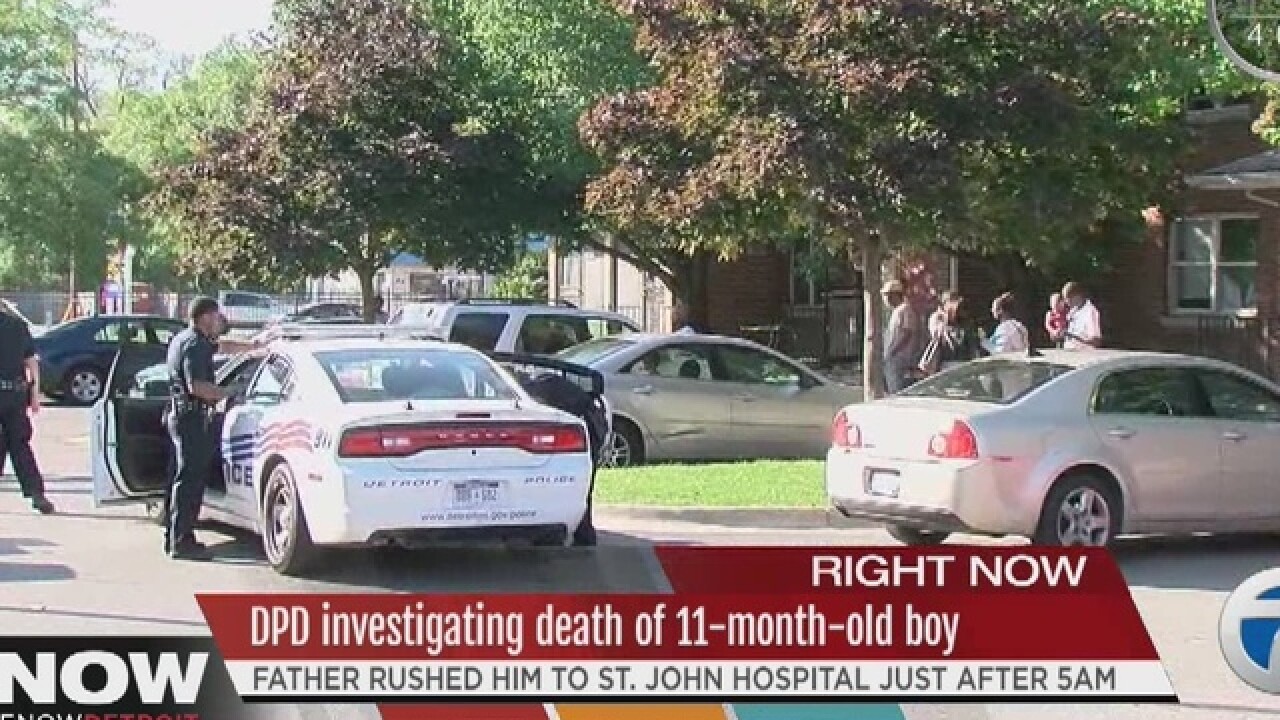 The father and mother of an 11-month-old baby who died this morning have been arrested, 7 Action News has learned.

According to Detroit Police, the man brought his baby boy to St. John Hospital because he wasn't breathing. The child was pronounced dead on arrival.

Police are expected to present prosecutors with warrant requests on the father and mother for charges that could include child endangerment, child abuse, and homicide.

An autopsy is set for Friday in hopes of determining just how the baby died and if it may have been a tragic accident.

Police say there were no obvious signs of trauma.