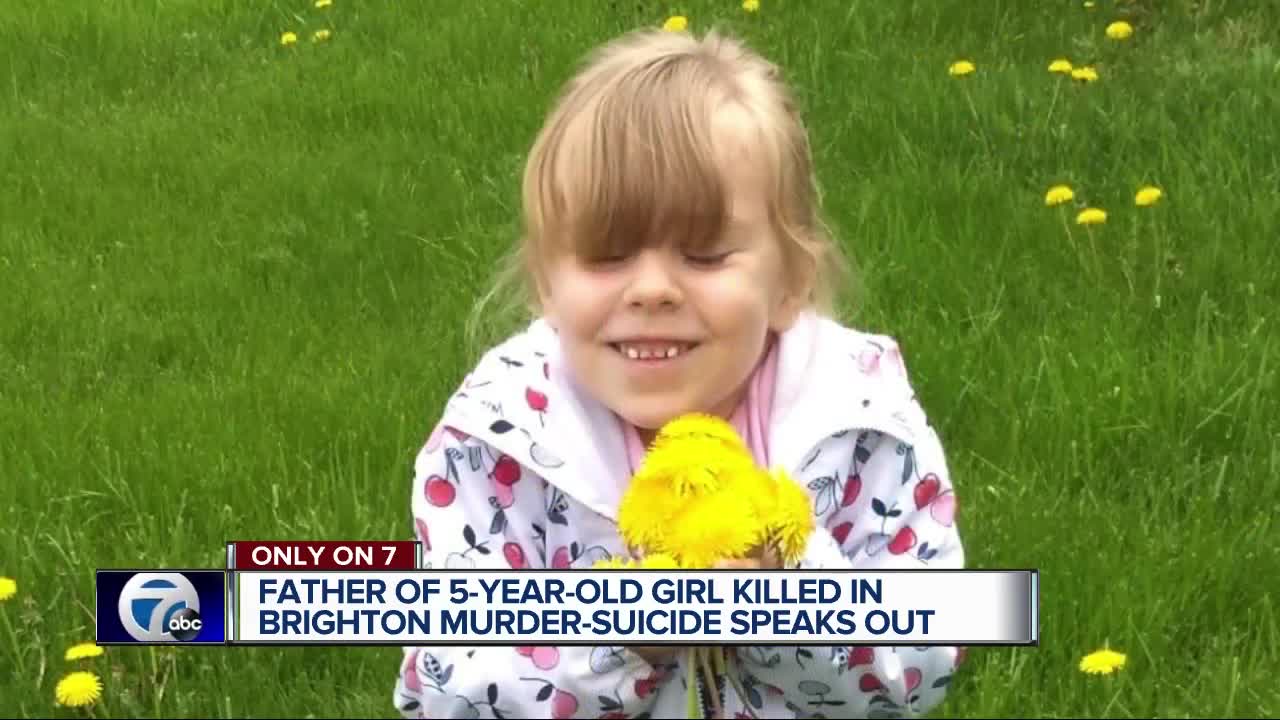 When his ex didn’t show up for a custody exchange he called police and asked them to do a welfare check. They made a horrifying find. His ex had killed their little girl and herself inside her apartment on Second Street in Brighton.

BRIGHTON, Mich. (WXYZ) — When his ex didn’t show up for a custody exchange, he called police and asked them to do a welfare check and they made a horrifying find. His ex had killed their little girl and herself inside her apartment on Second Street in Brighton.

Brighton police said in a news release they have learned the mother, Melissa Partee, 38, was “suffering from depression and anxiety due to being in fear of losing her child.”

The father of 5-year-old Bella sat down with Action News for an interview under the condition we not share his name for privacy. He said he believes it is important to speak out for the sake of other children in Bella’s situation.

“I can see her from a baby to now," the heartbroken father said. "I can see her in my head. The last couple days have been so hard."

He says he saw warning signs that his ex was a danger to his little girl. He reported them to police and to the court. Court documents and police reports back up his story.

In 2017, he reported to Shelby Township police that he was a victim of domestic violence.

He said he decided to report it when Melissa Partee turned her anger on their daughter.

“Worse than I ever have seen or heard,” he said of the beating. “And then she was choking her when I came in the room.”

He gave details of the abuse and pictures of his daughter’s bruises to police, CPS and the court during a custody battle that followed.

The report says Partee responded saying he had abused her, although she shared no details. Police then helped her take her daughter and get help for being a victim of domestic violence. This dad says he was shocked.

“I felt so boxed in when this started; ignored,” he said.

He says he followed up as Child Protective Services investigated.

He says he made them and the court aware that his ex lost custody of her two older children after she threatened to kill them and herself. He asked for full custody but was given custody every other weekend.

“I pleaded my case," the father said. "I did everything I could."

This dad says he hopes police, social workers and judges hear his story and for the sake of children like Bella, listen carefully when parents voice safety concerns.

“She won’t be forgotten," he said. "She is 5-and-a-half, lived a short life, but she has taught me more than anyone in my whole life."

A memorial service for Bella will be held at 3 p.m. on Saturday at River Bends Park in Shelby Township. The father is inviting people who know her to come pray and share their memories.