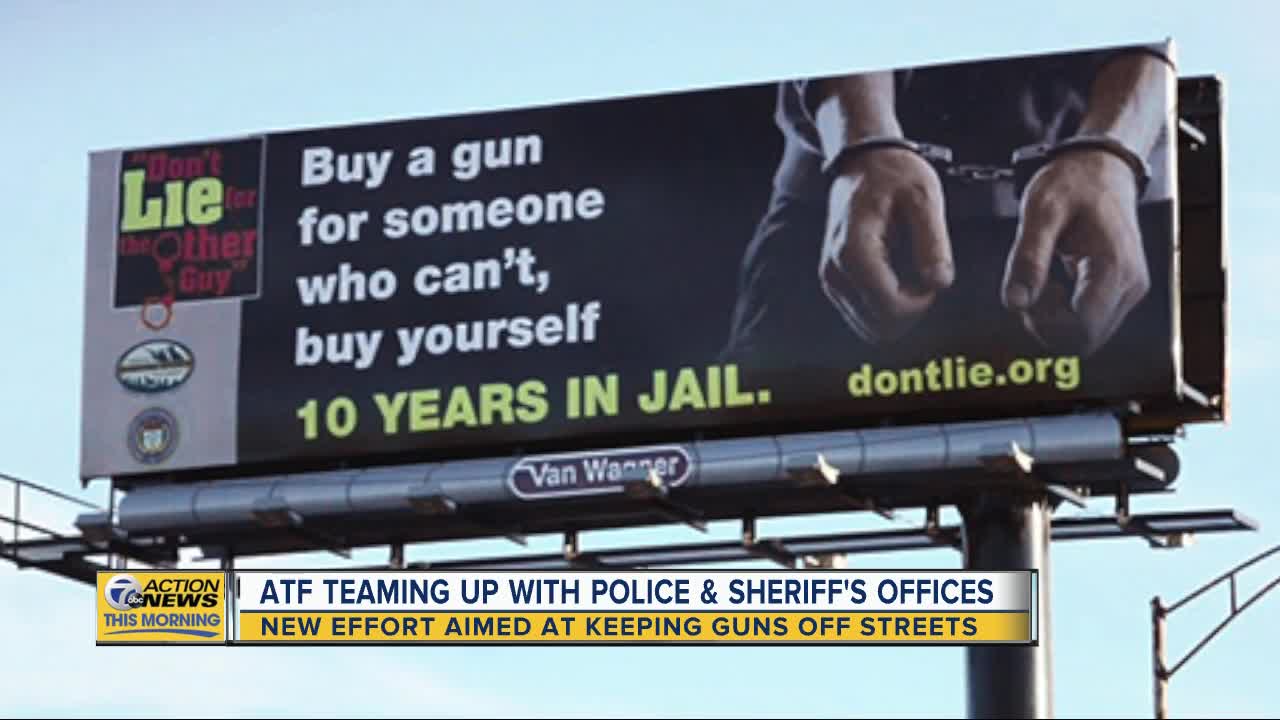 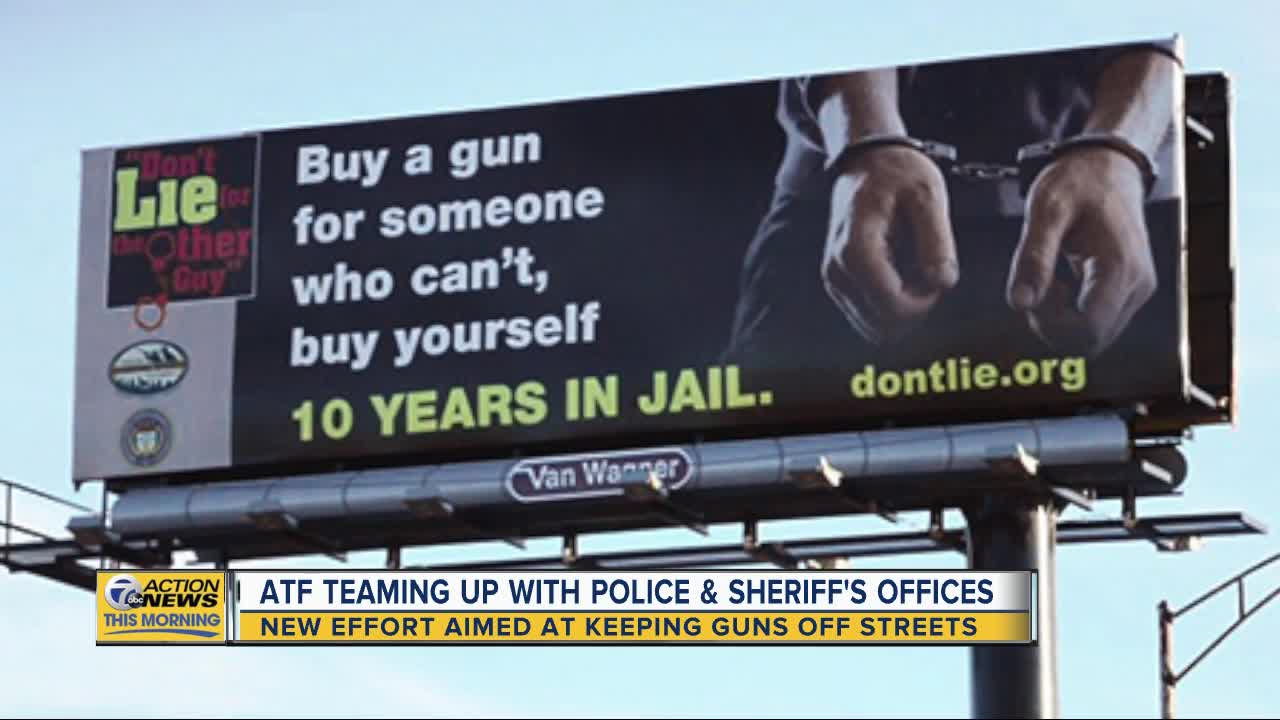 AUBURN HILLS, Mich. (WXYZ) — The Alcohol, Tobacco and Firearm (ATF) Bureau is teaming up with local police and Sheriff's Offices to send a message: Buying guns for someone who can't legally purchase one will get you both sent to jail.

The ATF says nearly half of all illegal gun purchases, about 40 percent come from family and friends who buy them for people who otherwise can't own a gun. That's why ATF is reigniting this campaign reminding people – if you're buying a gun for someone else, you can go to jail.

This morning @ATFDetroit is talking #DontLieForTheOtherGuy -- a campaign that focuses on straw purchases, where folks who can't buy guns get them through friends/family. It happens more often than you think... and it can lead to 10 years in jail. pic.twitter.com/txUFCVuGfP

Officials say one of the main ways guns end up in the hands of people who can't legally own a gun it through the straw purchase – which is the act of purchasing a gun for someone who can't buy it for themselves legally. It is a direct way for guns to hit the streets ans be used in crimes.

Around 11 a.m. today, 7 Action News is expecting the ATF to arrive in Auburn Hills with representatives from a variety of Michigan police and Sheriff's departments.

What’s unclear is if there are any new instances of the illegal straw purchases that have brought them to our state.

Stay with 7 Action News on-air and online for updates on their new push to keep guns off the streets.