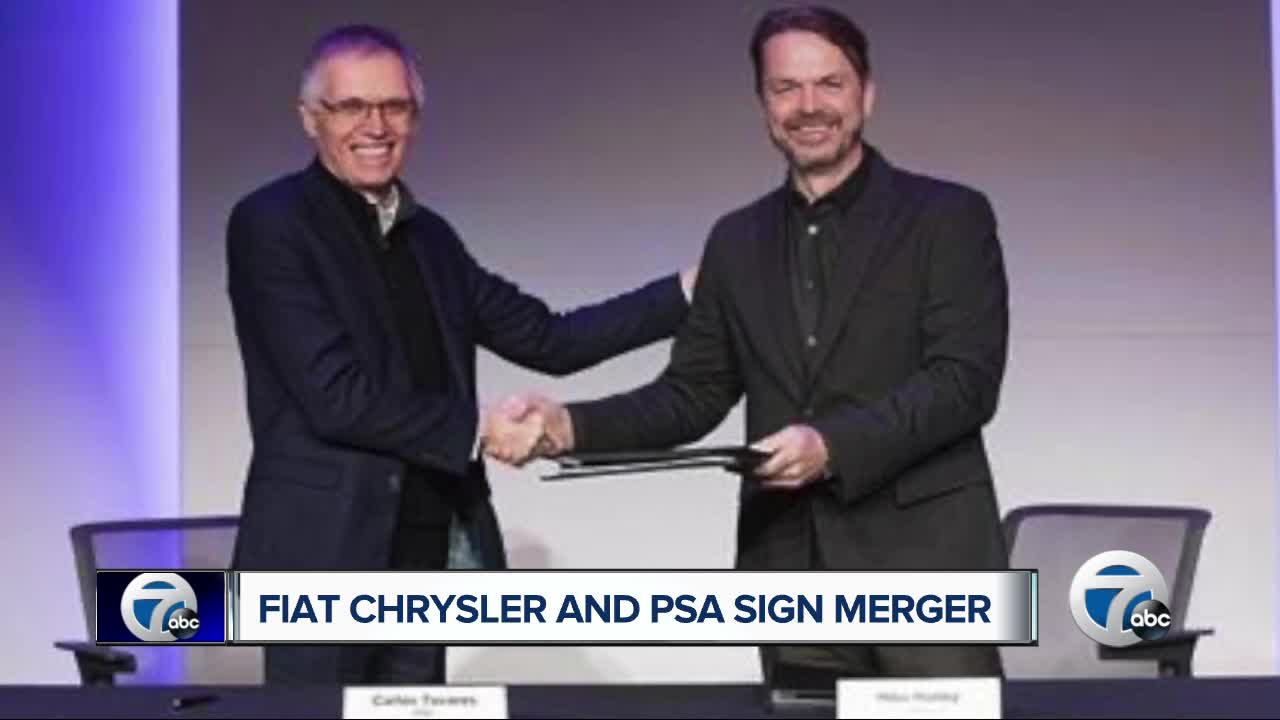 Fiat Chrysler and PSA are officially merging after signing an agreement today. 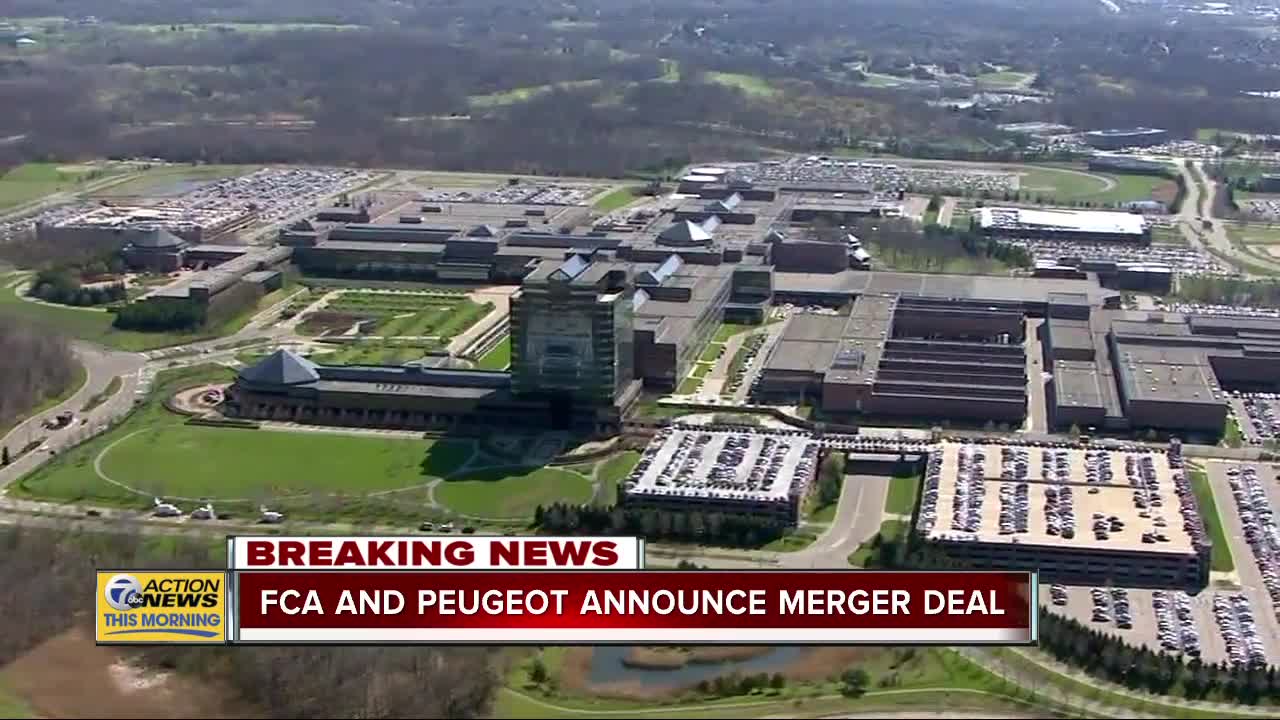 MILAN (AP) — The boards of Fiat Chrysler Automobiles and PSA Peugeot on Wednesday signed a binding merger deal creating the world’s fourth-largest auto company with the scale to confront the challenges of stricter emissions regulations and the transition to new driving technologies.

The companies said in a joint statement the new group will be led by PSA's cost-cutting CEO Carlo Tavares, with Fiat Chrysler’s chairman John Elkann as chairman of the merged company. Fiat Chrysler CEO Mike Manley will stay on, but it was not announced in what capacity.

No name for the new company has been decided, executives said in a conference call, but both Tavares and Manley insisted that it was not a “touchy subject."

The deal, which was unveiled in October, was announced as a 50-50 merger, but PSA has one extra seat at the board and Tavares at the helm, giving the French carmaker the upper hand in daily management.

The executives said they expect the deal to take 12-15 months to close. It will give birth to a group with revenues of nearly 170 billion euros and producing 8.7 million cars a year — just behind Toyota, Volkswagen and the Renault-Nissan alliance.

The merger is expected to create 3.7 billion euros in annual savings, which will be invested in "the new era of sustainable mobility'' and to meet strict new emissions regulations, particularly in Europe.

"'The merged entity will maneuver with speed and efficiency in an automotive industry undergoing rapid and fundamental changes,'' the carmakers said in the joint statement.

New technologies includes electrified engines, autonomous driving and connectivity, part of what Tavares described as ‘’the transition to a world of clean, safe and sustainable mobility.''

No plants will be closed under the deal, the companies said. Savings will be achieved by sharing investments in vehicle platforms, engines and new technology, while leveraging scale on purchasing.

But the executives also said there would be cuts. Decisions on where those will come will be made after the deal closes.

“There is room for sharing (a) significant amount of existing platforms and avoiding excess investments for the future,” Tavares said.

Both the Peugeot and Fiat brands are strong on small-car technology, with significant overlap in Europe. Manley said that the convergence of platforms would be "an early target'' that will likely take two years to achieve.

The company will be legally based in the Netherlands, and traded in Paris, Milan and New York.

The executives played down the significance of the new entity's name and headquarters location, but both are symbolic choices that go a long way to signalling who is in the driver's seat, where engineering and management brains will be based, and the relative importance of each entity in the new company.

The French and Italian governments as well as unions will be on the look-out for the responses, given the national significance of the auto industries to both economies. The French government helped bail out PSA Peugeot in 2014 and owns a 12-percent stake in the French company through the state investment bank.

While the merger of Fiat and Chrysler has been a success, with the Italian-American automaker thriving on the strength of the U.S. market and the executive prowess of longtime CEO Sergio Marchionne, the history of car mergers is littered with failed tie-ups. Most famous among those is the Daimler-Chrysler merger, which foundered on cultural differences between the German and U.S. entities.

Manley said the new name ‘’is an exercise we're embarking on now. We have two very historied companies coming together. ... I don't think it will be a touchy subject, just an interesting process.''

“There are many challenges in the auto industry today and we hope that this will bring opportunities for growth that will benefit UAW members and our communities,” said UAW Vice President Cindy Estrada, Director of the UAW FCA Department.

“We know that FCA North America production is highly profitable and there is minimal product overlap at this time. We look forward to hearing more details in the future and working together to continue to make FCA a success and bring about job security for our members.”

The new company will start with a strong base in Europe, where PSA is the second-largest carmaker, and while Fiat makes most of its profits in North America and has a strong presence in Latin America. It will be looking to strengthen its position in China, where both PSA and FCA lag.

"That is part of the opportunities,'' Tavares said. ‘’We are not happy with our performance there. We think we should be doing better in China.''

Tavares said the deal has the support of its Chinese partner and investor Dongfeng, which "understood what needed to be done.''

FCA will pay its shareholders a 5.5 billion-euro ($6.1 billion) premium, raising questions about whether the new company will be saddled with too much debt. Analysts estimate that Peugeot is paying a hefty 32% premium to take control of Fiat Chrysler.

Fiat Chrysler has long been looking for an industrial partner to shoulder investment costs as the industry faces a transition to electrified power trains and autonomous driving. A previous deal with French rival Renault last spring fell apart over French government concerns about the role of Renault’s Japanese partner, Nissan.

Tavares said both the French government and unions backed the new deal from the beginning.