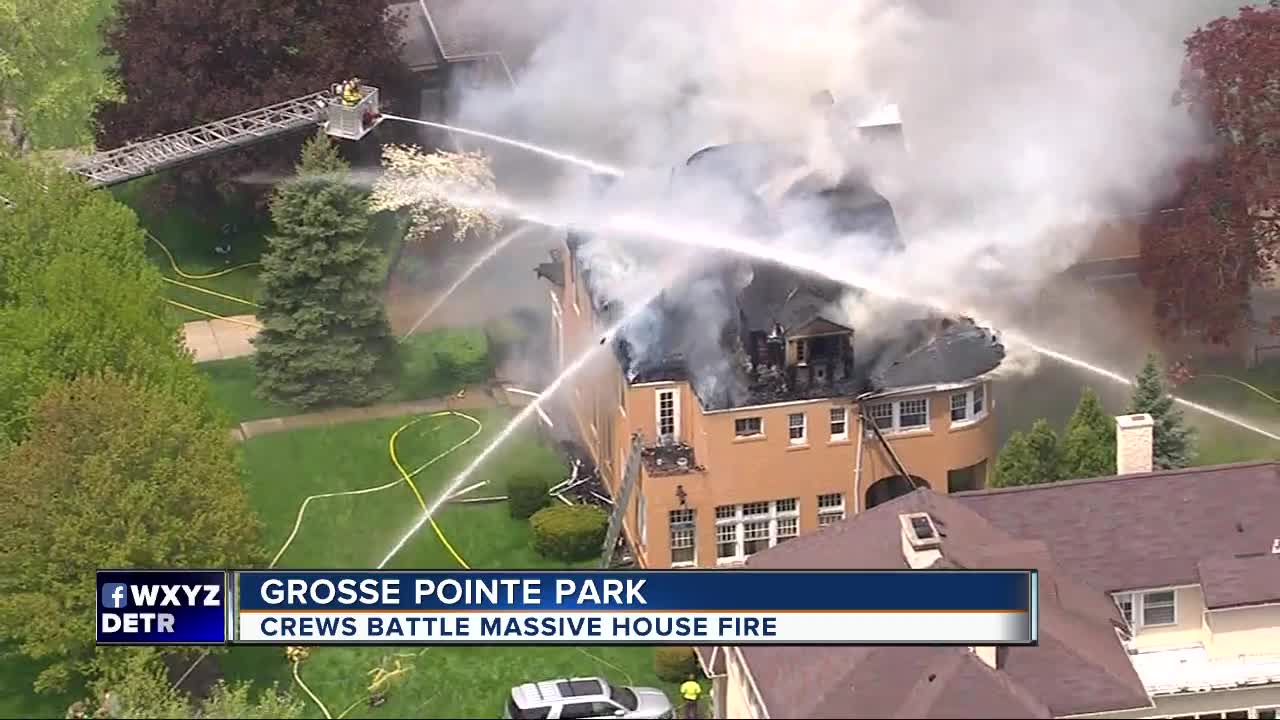 Construction crews working on renovations of the home told WXYZ the fire started on the third floor Thursday afternoon and quickly spread. Grosse Pointe Park Fire Chief Stephen Poloni said the fire may have started from a torch used by the construction crew, however, they are not classifying the three-alarm fire as arson.

Calvin Calloway was doing plaster work inside the home when the fire started.

"One of the roofers came and said they smelled smoke. Next thing you know, I ran upstairs to look and it was so smokey we all had to come on out," he said.

The cause remains under investigation.

Everyone made it out of the home safely, and no injuries were reported.

WXYZ learned that an elderly couple lived in the home, but recently moved out and into an assisted living facility. The family's power of attorney told WXYZ construction was underway to make the large home more senior-friendly, in the hopes that the couple could return home.

This man was working inside the home on Yorkshire Street when the fire started @wxyzdetroit pic.twitter.com/Fy2RbKCjPT

NEW INFO: #GrossePointePark Fire Chief says fire on Yorkshire Street started around 12:45. Started in the upper floor. They think it may have been caused by a torch used by workers at the time, making improvements to the home. Still under investigation @wxyzdetroit